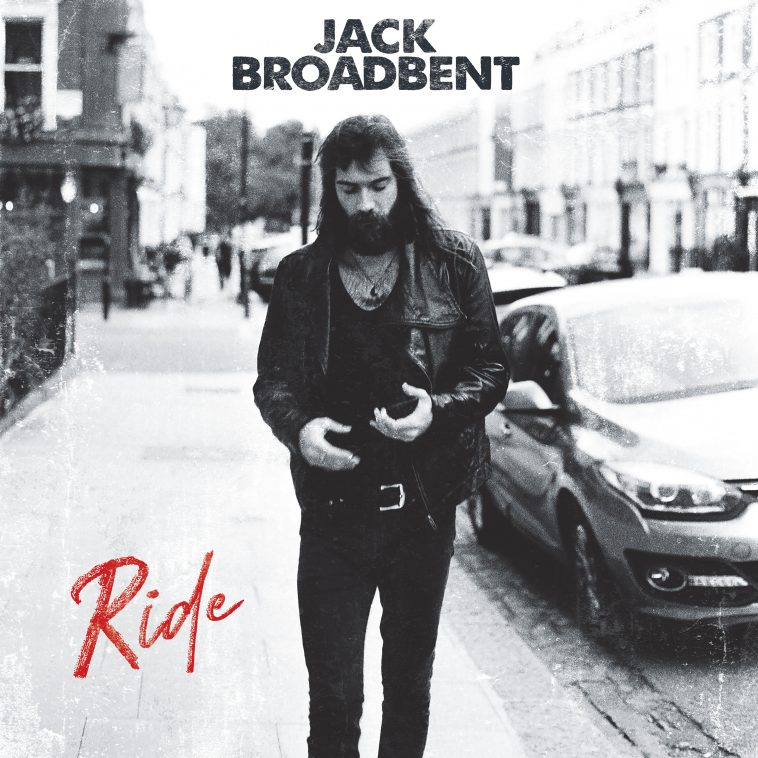 Today, acclaimed British guitarist/singer/songwriter Jack Broadbent releases his album Ride with newest track “Grace.” Broadbent says,  “Grace” “is about finding your comfort place, about harmony with your surroundings.” Ride echoes that contentment, as Broadbent calls it “the rock ‘n’ roll record I’ve been wanting to make for a long time.”  Listen to “Grace” HERE and purchase/listen to Ride HERE.

Broadbent just kicked off the Ride tour with a headline show in New York City and will join up with Little Feat on the April run. He will  return to the US for another round of solo shows in July before teaming up with alt-country pioneers Son Volt in August. A full list of dates is below and on his website.

Broadbent began crafting his musical chops as a youth in Lincolnshire England, where he originally started off on the drums before moving towards the guitar and songwriting. “Being a drummer, I tried to develop a very rhythmic approach to my guitar playing,” he recalls. “What interested me was being able to hold down a groove and do some gymnastics to incorporate solos and subtle bass lines.” While busking in his early 20s Broadbent refined his slide guitar technique, complete with his requisite whiskey flask, which attracted fans of all ages to the young virtuosic bluesman. In 2016, the Montreux Jazz Festival hailed him as, “The new master of the slide guitar.”  Many musicians took note of the young luminary;  Bootsy Collins famously proclaimed him “the real thang!” while Ronnie Wood, Peter Frampton and others enlisted Broadbent to join them on the road. Listeners continued to engage, earning Broadbent over 10 million streams on Spotify.