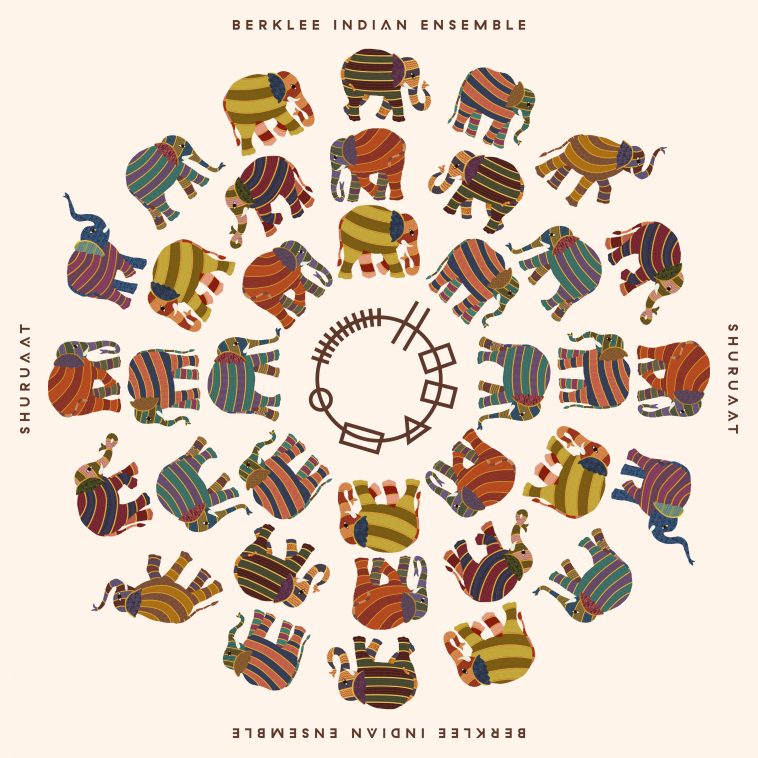 Today, the renowned global Indian music collective Berklee Indian Ensemble announced that their highly anticipated debut album Shuruaat will be released on June 24. The innovative, diverse group has earned acclaim for its unique style that honors Indian traditions while boldly experimenting with a cross pollination of genres, cultures, and multidisciplinary art forms. After engaging millions of fans through live performances online, it is the first time the world will be able to enjoy the music on streaming services. Founder Annette Philip notes, “It is fitting that Shuruaat (which means “new beginning” in Hindi) showcases our journey so far, and the one we’re about to begin.” Watch the Ensemble perform “Unnai Kaanadhu Naan” from 2019, one of their most popular live videos to date with over 5 million views. A studio version will be featured on Shuruaat as well.

The Berklee Indian Ensemble began in 2011, founded by Philip, the first Indian musician appointed as a faculty member at Berklee College of Music.  The group  became a viral sensation  with  their groundbreaking 2014 homage to Grammy and Oscar winning composer A.R. Rahman’s “Jiya Jale” from the 1998 film Dil Se. The video has over 50 million views to date and led to the Ensemble’s sold-out shows in the US, Canada and India. High global demand allowed the Ensemble to organically transition into a professional band in 2021, and the current lineup is led by members representing India, Jordan, Israel, Nigeria, Indonesia, Norway, the US, and other regions across the globe.

In a world that is highly divided, Philip sees the band’s function as one of bridge-building; a free-wheeling approach to musical cultures that prioritizes the people who make them, rather than the restrictions of genre or form. “There is a unique power when musicians from different cultural and musical backgrounds make art together with vulnerability and openness in a space that celebrates their similarities and differences,” she ponders. “The music that gets created in this space comes across viscerally and allows a song in a foreign language to feel completely relatable because of the human connection, making you want to be part of it.”

That unifying message is echoed throughout Shuruaat, which offers 10 tracks that feature 98 musicians from all over the world, of all different ages and beliefs, coming together to evolve through music.  The album highlights the pinnacle of Indian artists, including Grammy-winning tabla maestro Zakir Hussain, virtuosic singers Shankar Mahadevan and Vijay Prakash, and Bollywood superstar Shreya Ghoshal, while also transforming compositions with the Ensemble’s wide, global influences including jazz, progressive rock and Sufi and Middle Eastern nuances. The exercise uplifts both the musical experience and the personal as well. “Through the Ensemble, I felt more connected to my own roots,” reflects keyboardist, Shai Portugaly. “I could relate to the vocal nuances in Indian music from the perspective of the Middle East, which I had never really felt connected to, even though I am from Israel. I really love this music, and the Ensemble is a huge part of who I am today.”