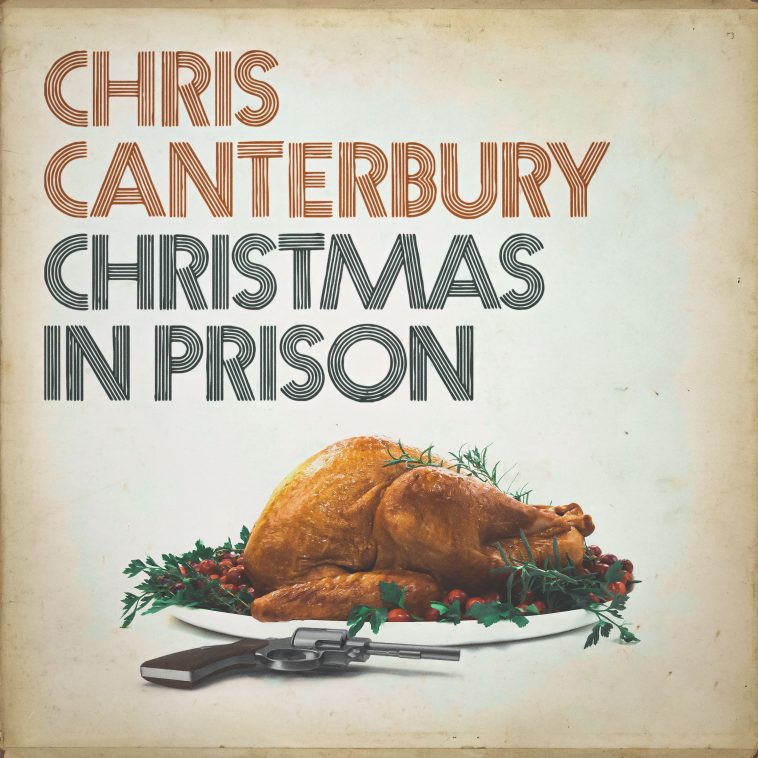 Nashville-based/Haynesville, LA-born country-roots artist Chris Canterbury is in the seasonal spirit while releasing a cover of John Prine’s classic song, “Christmas in Prison” – LISTEN or WATCH. The cover of a standout track from Prine’s 1973 album Sweet Revenge is equally stripped down from the original but brings a different aesthetic – Canterbury wields acoustic guitar duties and a warm, lower-register, Southern-born vocal timbre while Scott Simontacchi adds mandolin flourishes to the mix. The song was engineered by Caleb Fisher and recorded at Farmland Studios in Nashville, TN.

“It’s a love song, it’s a prison song, and it’s kind of a Christmas song. As much as Die Hard is a Christmas movie,” Canterbury says. “The beauty of this John Prine elegy lies in the almost perfect descriptive prose set against the depressing scenery of a man in prison. ‘Wait a while eternity, ol’ Mother Nature’s got nothing on me.’ Show me a person that doesn’t like a prison song, and I’ll show you a person that hates Santa Claus.”

Canterbury’s songwriting sensibilities align with Prine’s alternate view of the human spirit, as evidenced in Canterbury’s recently released, much lauded Quaalude Lullabies – LINK. The full-length album is a country-soul collection of Saturday morning, kitchen table style discussions about the challenges and experiences of a touring Southern musician. The album was covered by Brooklyn Vegan, Bluegrass Situation, Taste of Country, Roughstock, Raised Rowdy, Americana UK, and Uncut Magazine, among others.

Born and raised in the piney woods outside of Haynesville, Louisiana, Chris Canterbury comes from the grimy remnants of a small oil patch town, a way of life that is slowly fading but still lingers in the songs he sings. Born to a working-class blue-collar family, Canterbury struggled to find the middle ground between his grandfather’s Southern Baptist sermons and the honky-tonk mystics that he discovered on old vinyl records in high school. Armed with an old thrift shop guitar, he began playing and writing stories about life from a unique but oddly familiar point of view: songs about liquor stores, truck stops, low-rent motels, and the grifters and transients that frequent them. It doesn’t matter if it’s a pool hall or a theater, a festival or a front porch, Chris’s live sound is the whiskey-laden prospectus that anyone with a struggle can relate to.