AHI
In Our Time

“Does anybody say what they mean anymore?/ Talk so cheap everybody can afford/ But my silence is golden, every word carefully chosen/ So lend me your ears and I’ll say what you need.”

No matter his material, the Canadian musician AHI (pronounced “EYE”) has one unbreakable rule for his songwriting: he has to be able to see himself—and some truth—in his songs.

“When it comes to songwriting, my stuff has to be honest, and I have to feel like the song I sing can be spoken to someone or said to someone in a conversation,” AHI says. “I have to be able to see myself in the narrator’s seat, and even if it’s not my specific story there has to be something in the song that’s coming from my voice and persona.” It is after the Ontario-based artist’s insistence upon truth-telling and his innate knack for storytelling that all else in his repertoire follows. In fact, while AHI himself prefers the familiar tag “singer-songwriter” to be reversed when describing his music, he may be better served to be labeled a “singer-storyteller.” At any rate, when considering his talents, it’s a shame that one of those descriptors must come after the hyphen, but a single glimmer of AHI’s voice—best described as “gravel on silk”—will leave no doubt why “singer” should still lead the charge.

And while it’s undeniable that AHI’s voice could easily steal any show, on his second album, In Our Time, he has learned to harness his instrument’s power by balancing its range across a colorful landscape of tightly-crafted lyrics, driving rhythms, and catchy melodies. The result is a sublime collection of modern-day folk-rock set off by its singular, soulful sire, a group of eleven tracks as earnest and emotive as anything being recorded today, and one sure to bring AHI to the forefront of his scene.

Leading with his heart as much as with his head, AHI is an emotional yet discerning lyricist who would rather demonstrate love than use the word itself. He allows his light to shine inward but only to a degree, admitting to some autobiography on In Our Time but as glimpsed through an imaginative lens. While his music possesses a quality of timelessness, the sounds here reveal a broad spectrum of influence and also toe the line between retro and revelatory. None of that is by accident: the album, like its 2016 predecessor, We Made It Through the Wreckage, was recorded in Nashville—a place AHI finds attractive for its sound and skilled studio hands rather than its glitzy polish—and this time on analog-to-tape with flourishes of digital technology.

“Feel is everything to me,” AHI says. “I wanted to write music I wasn’t hearing, music that was appealing to something I felt deep down inside. It’s all me in the songs, but a curated version of myself. I’m not a dark person, but I do write songs with darker

elements I can relate to. I’m a simple guy and I like to believe my songs are simple. I don’t ever want to appear as something other than how I am in my songs.”

The sentiment is an unabashed expression of honesty from a singer unafraid to bare it all, and the notion is echoed in his work all across In Our Time. It is an album complicit in its sense of balance and existence on the cusp—sonically, thematically, emotionally, aesthetically. Even the album’s most hopeful and optimistic songs still bear themes of struggle and overcoming odds; similarly, there is beauty in its darkness. AHI deftly weaves each of these threads together to give listeners an open and unfettered look into his life.

Opener “Breakin’ Ground” introduces both the album and the artist, telling a succinct version of AHI’s own saga and how his call was realized. With its upbeat and uplifting chorus and snappy, steady groove, the song glides along, tethered by his raspy refrain. “‘Breakin’ Ground’ is me telling my story,” he says. “The line goes, ‘I’ve been told I’m worthless so much that it gave me purpose’—so many people can make you feel like you’re not qualified for something, and it gave me conviction to keep going.”

“Made It Home” is the second chapter to AHI’s personal story. The first song written for the album, it details both a series of actual returns as well as the creation of a family nest. A native of the small Ontario town of Brampton, AHI spent his early 20’s taking a series of backpacking trips—across his father’s home nation of Trinidad, Ethiopia, Ontario itself—and for him, the idea of home he felt then translates directly to the life he has created today with his wife and their three children. “Home is a big theme for me,” AHI says. “The song is very simple and familiar but I felt like my perspective makes it different—I’ve walked so many miles that I respect and appreciate the idea of home. And my wife has been there for every step of my career.”

One song on the album that stands out as a little different in both its creation and its vibe is the closer, “Penny,” a tune that AHI says came to him while everyone else in his house was asleep. Instead of being seated at his desk, he was on the floor in a corner of his writing room, something he had rarely tried. The change of scenery inspired him, and “Penny” holds its own as a psychedelia-tinged piece of rock, replete with a fiery guitar solo.

Elsewhere, “Straight Ahead” adds AHI’s colorful vocal nuances and perspective to its familiar stomp-and-response, his voice and guitar serving as an anchor while the refrain floats and bobs. “Five Butterflies” jangles and glitters with a fresh energy while AHI howls its sentiment of “it won’t be long.” And “The Architect’s Hand” pulls some of its sense of exotic people and places from a true, transient origin story involving a mysterious foreigner on a train and a commissioned arrangement.

Threads of Michael Kiwanuka, The Head and the Heart, Shakey Graves and Alabama Shakes can be felt throughout In Our Time, though AHI’s pantheon points to a dearly departed yet disparate trio, each of whom possessed an earnestness that still rings true today: Bob Marley, 2Pac, and Michael Jackson. “Those were all honest guys who had a vulnerability that transcended their music,” he says. “People feel that honesty in my music, which is how it helps connect.”

To put it even more simply: Lend AHI your ears and he’ll say what you need. 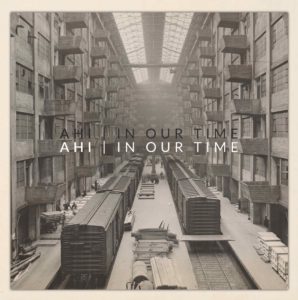 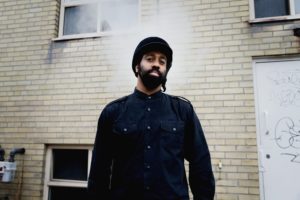 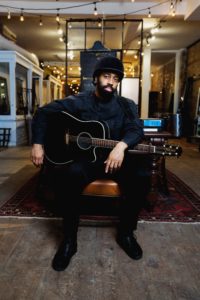 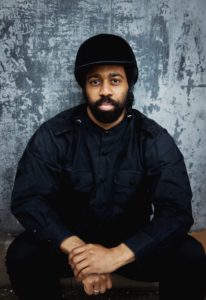 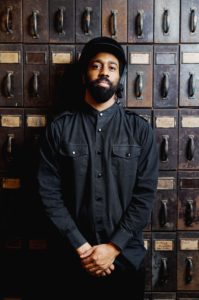 CBS This Morning: Saturday “Made It Home”

CBS This Morning: Saturday “On My Side”

Billboard “Made It Home” Premiere