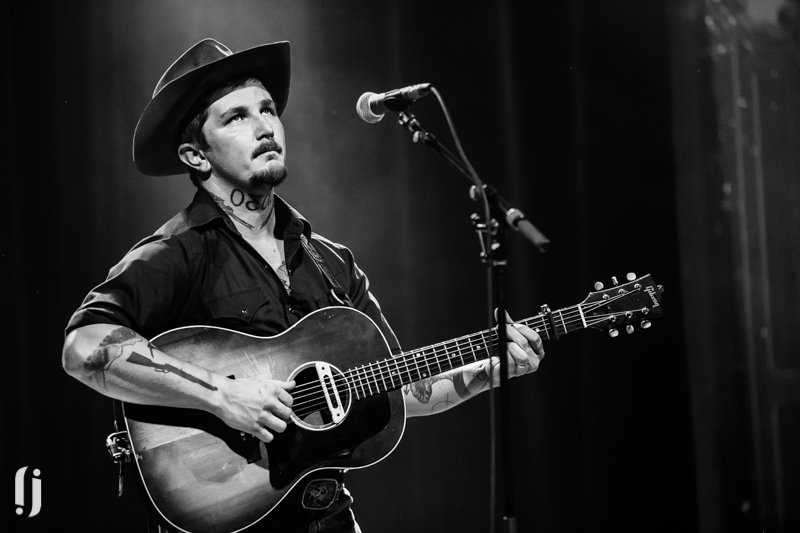 Benjamin Tod recorded Songs I Swore I’d Never Sing in a matter of hours, but it took more than a decade of hard living — and the hard-won recovery that followed — to get there.

A longtime street busker who was raised on the street corners, highways, and railroads of America, Tod has spent the past dozen years building a national audience with his urgent, unfiltered brand of American roots music. It’s an honest sound rooted in struggle and salvation, delivered by a songwriter who has experienced plenty of both. Songs I Swore I’d Never Sing, his third solo release, captures him in a moment of reflection, combing through his catalog to unearth 10 stark, stunning songs that pull no punches.

“These songs are timestamps of my life,” he says. “They’re a list of fragile events: the time I had to shoot my dying dog; the years I spent living in my own hellscape of addiction and self-manipulation; the moment I stopped communicating with a certain person. Some were written a decade ago and some were written right before I started recording, but for 10 different reasons — whether they were too painful or too personal or too pretty — I didn’t want to sing them as soon as I wrote them.”

Tod sings those songs here, delivering 10 solitary performances with nothing more than his voice and Gibson acoustic guitar. A sonic foil to the collaborative Glory — the 2022 album by Lost Dog Street Band, the longtime string band that Tod fronts with his wife, Ashley Mae — Songs I Swore I’d Never Sing is raw, intimate, and frills-free. It was also recorded in six hours. “I have a rule in the studio,” explains Tod, whose catalog now includes seven releases with Lost Dog Street Band along with his solo releases. “If anything takes more than three takes, stop and do something else. I’m proud to be a one-take guy.”

That ability to connect — with a song as well as an audience — comes from a long history of live performances, often in hardscrabble locations. Raised in a series of broken homes on the far outskirts of Nashville, TN, Tod was expelled from school at 14 years old and began living on his own while still a teenager. He played folk, old time, and original tunes for tips on Nashville sidewalks, where he quickly learned that a compelling performance could mean the difference between a hot meal or another hungry night. Hitting the road at 16, he spent his late teens and early adulthood on the move, hopping freights from one town to the next, building a collection of tunes that chronicled his battles with drinking, drugs, and darkness. Like his heroes — Guy Clark, Townes Van Zandt, Steve Earle, Jim Ringer — his songs mixed country traditions with outlaw spirit, and they never shied away from the tough stuff.

Gradually, his gigs on street corners gave way to something bigger. Tod and Ashley Mae began uploading their live performance videos to YouTube through the “Gems On VHS” series, with a global audience rallying around Tod’s timeless songwriting. Without a manager, a publicist, or a booking agent, they began selling out traditional venues, maintaining their DIY work ethic even as they became unlikely Americana stars. Fans called the duo’s sound “dark country.” For Tod, it was simply the only honest sound he knew how to make.

That honesty extended to his lyrics, which have often dealt with the work he’s put into getting clean. His journey toward sobriety is chronicled and celebrated on Lost Dog Street Band’s Glory, whose songs read like mission statements of redemption and recovery. Similar threads run throughout Songs I Swore I’d Never Sing, but Tod says it’s the takeaways — not just the stripped-down solo performances — that are different.

“Glory was about confronting the darkness,” he notes. “Maybe this album is about learning to accept the peace that comes afterward, and admitting you’re worthy of it. That’s been something that’s hard for me. For a while, it was hard for me to be in a wholesome situation. Wholesomeness felt like a lie to me, because I was always doing dark things with dark people in dark places, so it was weird to step into the realm of something brighter. “

Songs I Swore I’d Never Sing still visits its own share of dark places. One of the record’s oldest songs, “Still Search For You,” grieves the tragic loss of Nicholas Ridout, Tod’s former bandmate and coconspirator. It’s a heartbreaking track that was written in the throes of addiction, with a bare-boned arrangement that highlights the song’s own loneliness. “Mercy Bark” finds Tod gearing up to put his terminally ill dog out of its misery, while “Tears Worth the Gold” pits the thrill of a meteoric career against the heavy toll it takes on a marriage. There’s still plenty of light here, though, with “Terrified to Try” unfolding like a rallying cry from a survivor who’s finished with self-destruction. “Wear your tears with open eyes / Let go of all you hide / Are you living life or too terrified to try?” he sings to himself, toeing the line between folksong and pep talk.

Now living with Ashley Mae on a 200-acre, off-the-grid homestead in rural Kentucky, Benjamin Tod has reached a new place of rootedness. “I ran away from all my responsibilities and difficulties for years,” he admits. “Me and Ashley would get into an argument, and I’d walk away and go get on a train and be 500 miles away the next day. I did that for a long time, but I don’t do it anymore.” Part of that process — of looking his demons in the eye, acknowledging the power they once wielded, and tossing off the shackles — is embodied in Songs I Swore I’d Never Sing. Tod has always been a musician on the move, and here, he’s moving somewhere stable. 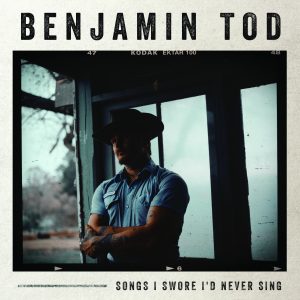 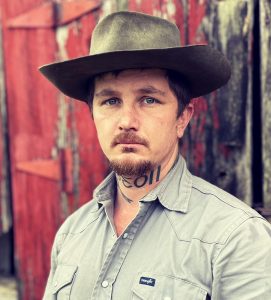 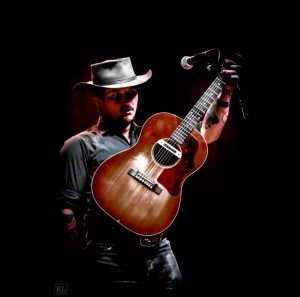 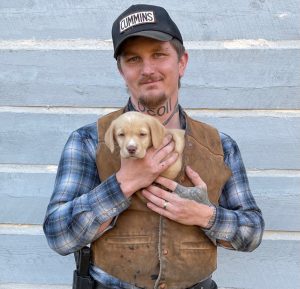 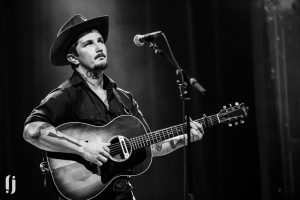