“When I sat down to write this project, I tried to present each topic as a straight-forward Saturday morning kitchen conversation. That’s how I approach songwriting” says Chris Canterbury, a Louisiana native singer-songwriter, now based in Nashville.

The project Canterbury is talking about is Quaalude Lullabies, a nine track collection of mostly sad songs that offers on-the-nose lyrical phrasing, subtlety loose production, and an honest insight into razor-edge topics like addiction, depression, and loneliness.

His first studio album in five years since releasing Refinery Town, Quaalude Lullabies was self-produced by Canterbury, his first opportunity to be on both sides of the control room window. “I wanted to woodshop a record together that felt like Nebraska,” says Canterbury. “I wanted it to be loose like a box of bedroom demo tapes, but cohesive enough to stand on its own. I feel like we ended up with a solid album.”

On the album opener “The Devil, The Dealer, & Me”, he lyrically paints a self-portrait of despair and its brutal anticipation thereof. Lines like “The truth doesn’t care if you choose it, a heart only breaks when you use it,” and “Cold as a shoulder, dry as a bone, a memory is worthless if you make it alone,” haunt their way through the waltzing arraignment. Its threadbare production, consisting only of an upright bass, Wurlitzer organ, and a buttery telecaster, sets the sonic signature of the project.

“Fall Apart” continues the eloquent brokenness in Canterbury’s autobiographical musings. Here he highlights the veracity of being a solo working musician, juxtaposing the lonely lyrics with a somewhat playful melody from an acoustic guitar.

The only cover on the album, written by Will Kimbrough, “Yellow Mama” tells the tale of the singer’s last moments before succumbing to the courtesies of the Alabama electric chair. The traditional-sounding song was tracked live in a single take, subtly building anxiety as the singer reaches his demise.

Closing out the A-side of the album, “Felt The Same” stays in that minimalistic production lane with only a B3 organ and a Tele played through a Leslie. Lyrically, Canterbury intertwines concrete imagery of self-described illegitimacy with metaphorical insight.

As we come to the first song tracked with the full band, “Kitchen Table Poet” showcases the central tenet of Quaalude’s ethos, which is there’s no limit on how far to lyrically describe a setting, while maintaining a casual conversation with the listener. “I met a man in Waverly, Alabama once that said he’d never left the county. He also said he made the best apple brandy in the state. I remember everything about that day”, says Canterbury, “His Winston Lights, the grit under his nails, and his bottomless bag of one-liners – but I can’t remember his name. That’s where this song was born.”

Keeping with the band trend, “Heartache For Hire” blends the genre-standard idea of heartbreak with a swampy pedal steel and organ-forward groove. “Sweet Maria”, the only love song on the album, places the listener in the back seat of the singer’s car as he and his “sweet Maria” take the long way home. The juxtaposition of these two tracks side-by-side on the album demonstrate the wide-open range of the project, without sounding misplaced at all.

“Over The Line” layers the finality of reality over a driving country groove, perfectly possibly, since the song describes the final long haul of the aging protagonist, a career over-the-road truck driver. It’s a solemn topic presented, once again, in conversational prose that feels neither sullen, nor predictable.

Album closer, “Back On The Pills”, as the title suggests, is subdued only in production, with a lonely acoustic guitar and the haunting of a gentle B3 organ tucked in the mix. Lyrical offerings such as, “I found Jesus in the nightstand, the sunrise on the wall, I’d like to call an old friend if I still had a friend to call”, and “Father forgive me, I know I’ve sinned, but I’m well aware of the shape that I’m in” paint a portrait of desperation and addiction (and acceptance of the aforementioned) that’s far more complicated than the track seems at first.

Getting out of the way of the story and letting it speak for itself has been a guiding force for Canterbury for almost his entire songwriting career, and it’s evident in Quaalude Lullabies that he’s perfected that area of his craft. Instead of waxing poetic over hackneyed issues and tropes, Canterbury eloquently illustrates the complexities of life with a millworker’s vernacular and a hefty southern drawl.

Born and raised in the piney woods outside of Haynesville, Louisiana, Chris Canterbury comes from the grimy remnants of a small oil patch town, a way of life that is slowly fading but still lingers in the songs he sings. Born to a working-class blue-collar family, Chris struggled to find the middle ground between his grandfather’s Southern Baptist sermons and the honky-tonk mystics that he discovered on old vinyl records in high school. Armed with an old thrift-shop guitar, Chris began playing and writing stories about life from a unique but oddly familiar point-of-view. Songs about liquor stores, truck stops, low-rent motels, and the grifters and transients that frequent them. It doesn’t matter if it’s a pool hall or a theater, a festival or a front porch, Chris’s live sound is the whiskey-laden prospectus that anyone with a struggle can relate to.

Singer/songwriter Chris Canterbury Releases a New Single “Heartache For Hire” From The Forthcoming Album, Quaalude Lullabies, Out On September 23 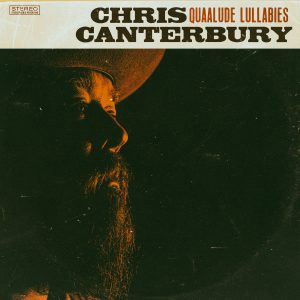 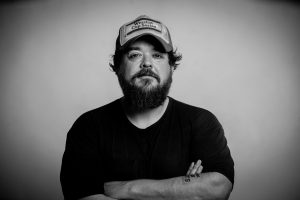 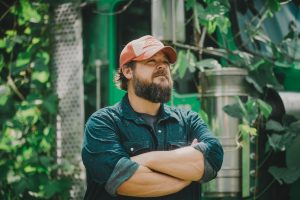 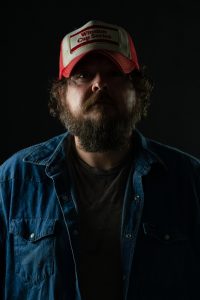