Almost two decades into a prolific career, Dave Simonett still leans into a microphone like he’s counting on a stranger. Guitar slung at the ready, he’s comfortable but bemused. He’s fine with the set-up––grateful, even. It’s just that the mics and the lights have never been the point.

“I feel like I’ve gotten more comfortable with my own voice, as I’ve gotten older,” Simonett says, home in Minneapolis. “I’ve kind of settled into myself a bit. The guitar and the microphone have been tools to get my songs out, more than I think of myself as a guitar player or a singer.”

Simonett has always been on a stage because of the songs he has to share.

But make no mistake: Whether he’s fronting beloved acoustic roots kings Trampled By Turtles or acclaimed side project Dead Man Winter, Simonett can sing. In fact, as much as he may sidestep the compliment, he has an ideal songwriter’s voice––a beautiful but subtle workhorse that’s easy to take for granted. But ultimately, he’s right to point to his songs, because oh, what songs they are: Conversational and poetic, his lines lilt with aching cadence as they land like phrases someone would actually say. It’s art that feels real.

Entitled Red Tail, Simonett’s new album is a solo outing––his first––that puts a brand new batch of his original nuggets on brilliant display. “There was a special window when I didn’t know if I was making an album––I was just going to record some songs,” Simonett says. “So there wasn’t a lot of weight put on it. The whole thing just felt kind of smooth.”

Red Tail benefits from that initial freedom from expectations. The eight-song collection is anchored in that same hardy acoustic rock that has made Simonett so beloved around the world, with additional layers of moody sonic dreamscapes that somehow feel both lush and sparse. Simonett recorded half of the tracks on his own at his studio in Minneapolis, then the other half with friends at revered Pachyderm Studios hidden in the woods of Cannon Falls, Minnesota. “We did everything live. None of the guys knew any of the songs,” Simonett says. “It was just real casual, and I won’t say easy, but as close to easy as it can be. There was just this light attitude throughout the whole process, even when I was working on my own.”

That lightness has translated musically as soothing, deep-welled joy, even in the album’s more somber moments. “I was pretty calm, maybe for the first time in a long time. It’s not like a reggae record––not all sunshine and moonbeams,” Simonett says, with a laugh. “But it’s probably the best I’ve felt in my personal life while making a record.”

Album opener “Revoked” sounds like Minnesota weather—wind-whipped snow flurries, dancing in the air. Simonett’s vocals and harmonies enhance the mood, and as he proclaims he’s “feeling fine now,” we believe him.

Plaintive acoustic guitar and swelling pedal steel usher in “Pisces, Queen of Hearts,” a meditative beauty that lounges luxuriously, unhurried in thought. “Silhouette” picks up the pace, tossing gem after gem out over rolling guitars: “And the holy ghost we’re promised never bothered to show up / Or maybe we just missed the signs,” Simonett sings. It’s a prime example of his ability to convey a one-two punch of winsome disappointment followed by wry self-awareness, which both softens and further endears his observations.

Simonett isn’t interested in pinning these songs to his own backstories or limiting interpretations. “When I think about songs I like and how I relate them to my life––even just a phrase that rings true to me––that’s magic,” he says. “That’s how people connect with the song. If you tell them it’s about something else, then it’s about the songwriter. I think it’s much more special when people can think a song is about them or something they’ve been through.”

With singsong charm, “By the Light of the Moon” imagines and looks back. Simonett uses light and weather often to paint scenes, quickly. “It’s cold where I come from, but I don’t mind / There’s not much filler, or wasted time,” he sings, as Minnesota makes an unnamed cameo. “I do a lot of writing in the winter, and I spend a lot of time outside,” Simonett says. “I fish and hunt and camp. That’s my getaway time, outside of touring, and when I feel the most deeply connected to whatever is out there.”

Solo piano kicks off “In the Western Wind and the Sunrise,” which stretches and unfolds like the highways Simonett knows so well. “It Comes and Goes” showcases Simonett on stunning lead acoustic guitar. “I’m not much of a guitar player normally,” he says. “With Trampled, I don’t really take guitar solos or anything. It’s kind of fun for me to mess around in that space a little bit.”

Standout track “You Belong Right Here” is a classic in waiting––the same caliber of feel-good rock-and-roll as favorite singalongs from the Byrds and Tom Petty. “There’s a Lifeline Deep in the Night” stays in that jubilant vein, closing the collection with the sounds of friendship and hope.

It feels sacrilegious to suggest pulling Simonett away from his bands that he and we love so much, but if magic like Red Tail is what happens when he carves out slivers of time to create independently, even the most devout TBT and Dead Man Winter fans will beg for more sidebars. “I’m hoping a lot of different people will listen to it––people from all sorts of different backgrounds, who will relate to it in their own way,” he says. “When you put something out like this, it’s personal and a real scary thing, every time. I do feel like I’m confident in it artistically, or I wouldn’t put it out.” He pauses and smiles, sounding ready and truly happy as he adds, “I like it. For me, that’s a success.” 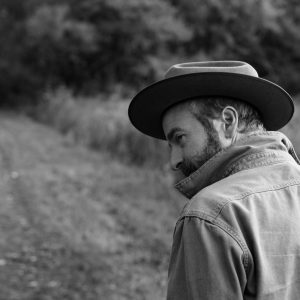 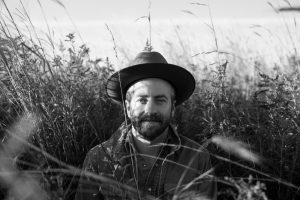 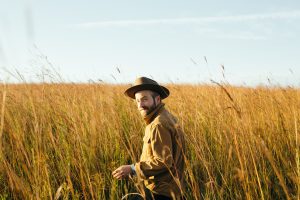 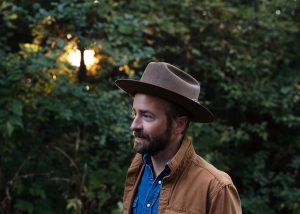 American Songwriter “By the Light of the Moon” Song Premiere