Sometimes the best thing a band can do is take a step back. Such was the case for Nashville’s Desert Noises, who are preparing to release their new album, Everything Always, after several years away from making music together. The time apart renewed the trio’s passion, a phenomenon that can be heard across the album’s electric and eclectic nine new tracks.

Desert Noises’ 2014 sophomore album 27 Ways was a critically acclaimed LP that earned the Provo, UT-born band a devoted following and performance slots at major festivals with its visceral energy and infectious rock songwriting. Everything Always doesn’t pick up where 27 Ways left off so much as it does build atop it, with the new LP expanding creatively on the melodic, often psychedelic rock of its predecessor.

Vocalist and guitarist Kyle Henderson, bassist Tyler Osmond and drummer Brennan Allen Lethbridge recorded the album with producer Bill Reynolds (Band of Horses) at Reynolds’ Fleetwood Shack studio in their adopted hometown of Nashville, TN.  The album is the band at its most expansive, with Henderson’s songwriting reaching new levels of vulnerability and the band matching that energy with complex yet infectiously listenable arrangements.

Opening track “Sunlight” kicks off with a thick, propulsive bassline from Osmond and a hypnotic beat from Lethbridge, with Henderson’s ethereal verse vocal yielding to a soaring, harmony-drenched chorus. “Heavy Metal Underground” plays cleverly with funk and soul in its rhythm-heavy arrangement and dreamy, poppy chorus. Single “Coffee” slows things down a bit, using spacious acoustic guitar and gentle keys to highlight Henderson’s lyric of lost love and longing. And the title track marries a swampy groove to a heart-wrenching tale of regret and redemption.

The early seeds of Everything Always were planted in 2015, after Henderson moved back home to Utah following a difficult divorce. The move essentially broke up the band, and Henderson then assumed that his Desert Noises days were behind him.

“I was kind of done with music and really struggling,” he says. “I’d gone through this divorce and was having a lot of drug problems and substance issues. I started a band out there, which was a solo project. I started writing and trying to bring myself out of this heavy time. Some of those songs started from there. Then I ended up going to rehab and cleaning up and came back out and was really excited to do music again.”

Henderson got back in touch with Osmond and shortly moved back to Nashville. As he tells it, the band took some time to find its footing following their time apart, but eventually things clicked into place. “Feelings were hurt and it took us a while to get back into being something like a band again,” Henderson says.

Reforming Desert Noises was a feat of passion and perseverance for all three of the band’s members. While it was at times a difficult reunion, the trio ultimately found that their union as friends and band mates had grown stronger than ever during their time working on other projects, an evolution you can clearly hear across all of Everything Always.

Many of the first songs written for Everything Always came from Henderson’s writing sessions with Reynolds. Henderson and Reynolds immediately hit it off as friends and collaborators, and Henderson found himself surprised by how quickly they were able to write together. Reynolds soon became a key player in the album’s creation, eventually signing on to produce the LP. Henderson, Lethbridge and Osmond agree that Reynolds was essential to the band finding its new sonic direction following their time spent apart.

Both Lethbridge and Osmond spent their time away from Desert Noises touring extensively with other artists, including Cage the Elephant, Harpooner, Rayland Baxter and Liz Cooper and the Stampede. Both musicians say that time out on the road was formative to how they approached playing on Everything Always, and that the experiences granted them a new perspective on the music they would eventually make for themselves.

The last few months have been tough for the band, with the Nashville tornado and ensuing COVID-19 pandemic affecting their day-to-day lives and livelihoods. But Henderson also sees the unexpected downtime as something of a gift, one that allowed the trio to get a better sense of their priorities as a band and for the release of Everything Always.  “We were kind of just waiting, and with the time we had on our hands and how everything changed we felt like this was the time to just do it.”

The band has also embraced the pandemic’s new live music landscape, which finds many artists turning to virtual streaming concerts while music venues are closed and the traditional touring industry is at a halt. They’ve spent several weeks on a virtual tour of music venues across the country, streaming shows live to fans across the world using no pre-recorded material.

Everything Always is a certainly vivid account of just how far Desert Noises have come, but more importantly it’s a thrilling look at where the innovative young band is heading. Hit play and let Desert Noises transport you to a place where everything is always happening.

Out Today Everything Always New Release from Desert Noises 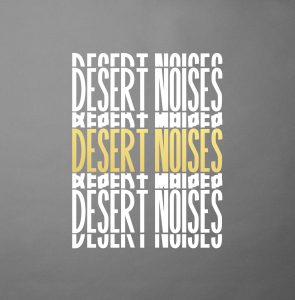 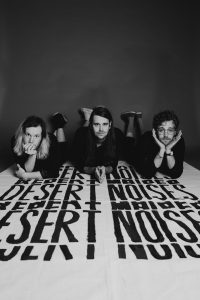 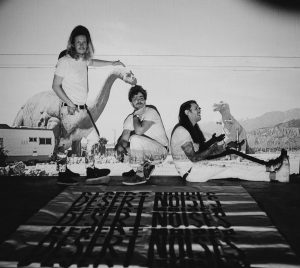 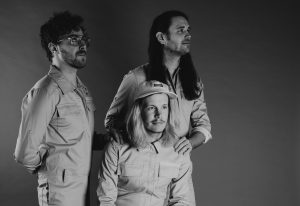 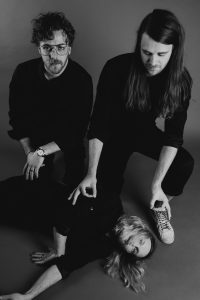 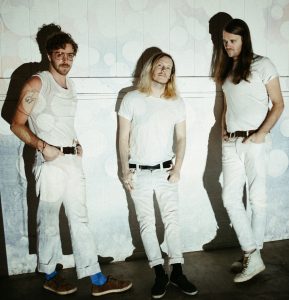