“You can spend your whole life searching for something you may never find,” sings Mike MacDonald, the front man for Athens, GA, five-piece Family And Friends, on “Houndstooth,” the final track on the band’s full-length debut, a 12-song, hour-long epic titled Felix Culpa.

The name is a nod to the record’s existential underpinnings, dubbing this world a “happy mistake,” a reference to both “original sin” and the desire to make the most out of a universe where there might not be a higher power, where we have to rely on Family And Friends to survive, and yes, thrive.

Produced by Brad Wood – the Chicago-turned-L.A. auteur behind such alternative classics as Liz Phair’s Exile in Guyville, Smashing Pumpkins’ Adore and Sunny Day Real Estate’s Diary – Felix Culpa is nothing less than an epic coming-of-age tale, U2’s Boy meets Greta Gerwig’s Lady Bird, with a massive sound that amplifies their former indie-folk roots onto a technicolor, Cinemascope screen. These 12 songs form a journey that places us in between adolescent idealism and cynical adulthood, mixed in with the doubt – and, naturally, heartache — of a broken romance, all while trying to reconnect to a sense of lost wonder.

“The album is all about growth, both musical and spiritual,” explains JP McKenzie of what MacDonald calls the increased group collaboration and interaction that took place during the recording. “The relationships within the band fostered and fed deeper roots than ever before. These songs represent opening ourselves up to the people around us, searching for meaning in the world while also finding our own inner meaning.”

Felix Culpa balances the macro with the micro, the metaphysical with the personal, as lyricist MacDonald explores the feelings of helplessness amid deteriorating relationships with his similarly frustrating quest for meaning. Songs like “Ouroborus” – which takes its name from the alchemy symbol of a snake swallowing its own tail – express the cyclical, infinite nature of life, while the psychedelic “Double Vision” and the majestic, falsetto Bon Iver-by-way-of Pink Floyd mysteries of “So Within//So Without” express the duality of the push-pull power struggle in matters of the heart. Further stylistic forays include the funky R&B feel of “PRSM,” the heavy metallic tribal heat of “Sunsara,” the loping acoustic guitar interplay in “Better Days” and the Dylan/Simon folk harmonies underlined by the double-percussive stomp of “Winding Roads.”

This is most assuredly music by twentysomethings about their personal revelations and rites of passage, but there’s enough cosmic philosophizing and Zen contemplation to please the classic rock fan weaned on The Beatles, Led Zeppelin, Paul Simon and the Dead.  At the same time, there’s room for ‘80s/’90s indie stalwarts such as fellow Athens, GA band R.E.M. and Talking Heads, or even more recent influences like The War on Drugs, My Morning Jacket and Arcade Fire.

Most bands couldn’t get away with releasing so much music on their debut album.  Family And Friends are not most bands. Three of the band members go back to the same Atlanta high school – MacDonald, best friend Rios and McKenzie, two years their junior – while Family And Friends took shape in the fertile musical ground of Athens, GA, home of the University of Georgia, where they attended school.

“That community is what brought us together,” says MacDonald. “It’s just a very creative, magical place. It feels now like another Golden Age for new rock bands.”

Family And Friends released a pair of EPs, the last of which, 2015’s XOXO, featured the track, “Amadeus,” which, thanks to its appearance on several Spotify folk playlists, has racked up more than 17 million streams to date, setting the stage for Felix Culpa.  In 2014, the band was named Artist of the Year at the prestigious Athens Music Awards. At first, their strumming folk-based roots sound was compared to Mumford & Sons and The Lumineers – and elements of that still exist – but the new album widens the musical palette and stretches the canvas by pumping up the electricity, and the sound.

“We wanted a record that signified more, something that would push us to write outside of our comfort zones, while capturing our energy and passion for the music,” agrees JP.

Comparing the fans at a Family And Friends show with a church congregation, the tight-knit group’s idea from the start has been to break down the barrier between artist and audience live, which they intend to continue doing on their upcoming tour, as these new songs get road-tested.  The group’s concerts are enlivened by their two percussionists – Alejandro Rios and Ryan Houchens — facing each other on-stage in a tribal display of unity.

“We don’t want people to feel like they are in a crowd just watching us play,” explains bassist “Tuna” Fortuna, whose late-night dialogues with Mike while both tended bar, turned into fodder for the new album. “We want them to be part of this collective, a community larger than any one individual. That’s always our goal”

With the new album complete, MacDonald admits, “It’s not about the destination, but the journey itself. There came a time when I realized I wasn’t going to find the answers I was looking for. It took a while, but I’ve learned to accept, be happy for what we have, and try to help others feel the same way about their lives.”

“We’re just trying to have as much fun as possible,” concludes “Tuna.” “We understand that we are living our dream. And that’s how we approach playing every day.”

With Felix Culpa, we can all share that dream, happy mistake or not. 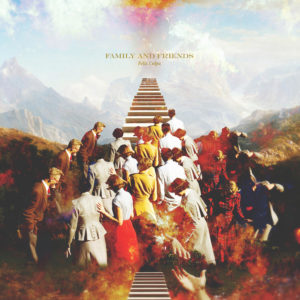 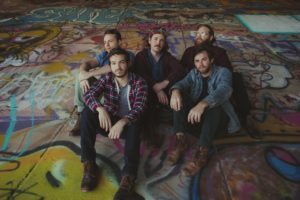 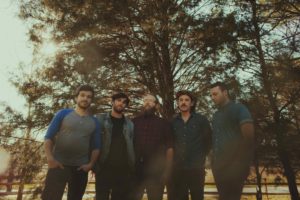 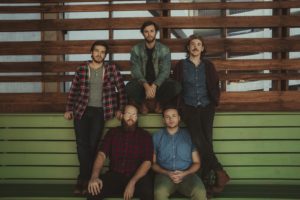