“Music can be the space where people think––even just for a few minutes,” says Israel Nash. “The space is not about changing their lives or political views or their party ticket. It’s about creating something that prompts reflection in a moment––and those reflections have other chain reactions.”

Nash is sitting outside in sun, thinking. It’s something he does often, looking out over endless Texas hills that surround his family’s rural home. He’s thought a lot over the last several years about music––not only how to make it, but why. What is the endgame for Nash, a critically acclaimed rock-and-roll groovesman, personally?

Nash’s magnificent new album, Topaz, is what happened when he found his answers. Nash recorded the album over the course of about a year in the Quonset hut studio he built about 600 feet from his house in the Texas Hill Country. While musician friends from nearby Austin contributed to the project, Topaz marks the first album Nash has recorded mostly on his own, both taking his time and relishing his newfound access to immediacy, punching the red button moments after an idea hit. “It’s allowed me to capture sounds and ideas, to really get stuff out of my head and into the world so quickly,” Nash says.

The resulting Topaz is a triumphant rock-and-roll experiment, full of fat horns, gospel choruses, swagger, hope, and pain. The meaty rock foundation with touches of psychedelia and skylark folk that fans have come to love are still here, now with a soulful heft that nods to Muscle Shoals and Memphis. Political and personal, Topaz is moody and vast, cohesive and compelling.

“Topaz really technically is the first album that I’ve worked on so much on my own, and it wasn’t just a single session where we brought everyone in to record at my studio,” Nash says. “This record evolved over a year, in between tours, when I would just be by myself.”

Nash first generated attention more than a decade ago as a rock-and-roll torchbearer based in New York City. European audiences became his earliest devotees, and publications such as MOJO embraced him. Nash spent 6 years in New York, and while the time was formative, his deepest roots are not in crowded urban concrete, but in the sparse Midwest as the son of a pastor. Music grabbed him early, but school was a priority, so Nash went to college and ultimately earned his master’s in political science at the University of Missouri––all while fronting rock bands at night. The move to New York after graduation was exhilarating, then, as Nash and his wife began to crave the country, the two bought a little acreage in Dripping Springs, Texas, packed up, and dug into what Nash now calls their “forever home.”

“I grew up in little churches that were in the middle of nowhere in Missouri, so having the woods and being outside has been part of me since I was a kid,” Nash says. “I also saw community––just this sense of people needing something, somebody, to look forward to. That was church for them, and that’s okay. I don’t really feel like there is just one right thing to look forward to. As a musician, I think that’s what I’ve found, too––something for people to look forward to, a reason to come together. No matter what changes in my career, that is my anchor: the need people have.”

Topaz aims to satisfy that need: to meet people, right where they are, with music that can be a provocateur, a perfect groove, or both.

Album opener “Dividing Lines” establishes the record’s overarching thematic and sonic vibes with a prescient cry: We can’t get past the divisions currently defining us. “This song grew a lot. I wrote it a while back, but it’s even more true now,” Nash says. “I’m thankful it’s still relevant but I’m also saddened by that. Love doesn’t live there.”

Topaz tackles the country’s current politics, but the album also brims with tenderness––especially in tracks Nash wrote about missing his wife and home. High-pitched songbird guitar kicks off “Closer,” an achingly pretty song with forlorn harmonica and pedal steel giving voice to tears. With a smooth, Tom Jones swing, “Stay” confesses that in that moment, leaving home holds no appeal.

Nash’s voice is a subtle weapon. While early comparisons to Neil Young remain understandable, Nash can also croon and shift into full-on guttural soul singing––with goosebumps-inducing fury. “Down in the Country,” a swampy new classic that sounds like it’s always existed, could have been sung by Wilson Pickett. Nash achieves a stunning cadence when he sings, adopting a distinct way of pausing to give listeners time to think about what we’ve just heard him say––but also leaving open the possibility of a surprise about where Nash decides to take the thought next. “I want the vocals to feel percussive with the drums, because when that stuff goes together as an instrument, it is hypnotic. It is a trip,” Nash says. “Sometimes it’s shaving off or adding the smallest words just to turn the phrase.”

Place also plays an important role in many of Nash’s songs, both in how they were created and in the imagery with which they emerged. “Southern Coasts” is both driving and lazy, like the waves that keep coming but also urge us to relax. With punchy saxophones and snare, “Indiana” captures feelings of despair and longing for breathing room. “There’s this cool, romantic idea in movies that you’re going to go on tour and write your next album,” Nash says. “That just didn’t happen for me. I am a great isolationist when it comes to creating, and that’s why I have this space out here, so I’m just completely alone and just can get lost.”

Stripped down “Canyonheart” is an anthemic singalong, destined to be sung back to Nash when crowds gather together again. “Howling Wind” is more reassurance––an ode to dependability in a fractured time.

Nash concludes Topaz with two breath-takers: “Sutherland Springs” and “Pressure.” Penned about the worst mass shooting in Texas history, “Sutherland Springs” sits with pain, fear, and the impossibility of answers. A story song with haunting guitar and percussion, “Pressure” moves through desperation, hatred, and agony. Nash recorded it alone, isolated during quarantine. “It’s about the Man,” he says. “I just made the story up, taking pieces of people feeling like they’re screwed over by a system that’s bigger than them, faceless, and just so different than they are. Regardless of politics, these are human problems.” It is a masterpiece, both timeless and timely, begging for empathy when so many of us feel as though we cannot understand one another.

Nash is often portrayed as a metaphysics-loving hippie, living off the land alone––and he is. But he is also a pragmatist with a master’s degree who needs time in the city and to be with people. Nash’s gentle insistence that he is all of these things––and more––is an important reminder for the rest of us: We all contain multitudes.

“I hope Topaz can be a space for people to just feel,” Nash says. “I think feeling is the biggest motivator we have. Feelings are what move us to act. I want to find more regular people who think this too, and then see where it goes from there.” 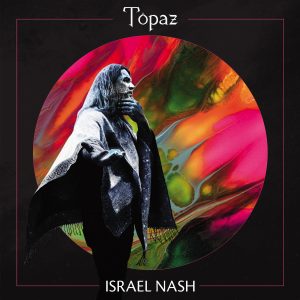 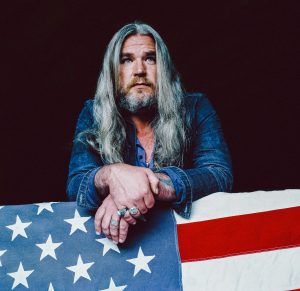 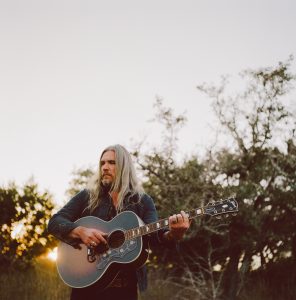 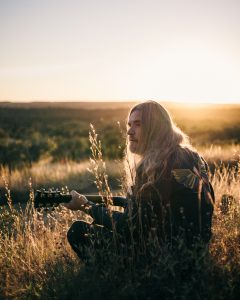 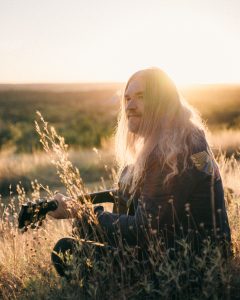