Janis Ian
The Light at the End of the Line

Janis Ian keeps a sign above her workspace at home, a North Star that guides her after more than five decades as a revered songwriter who dares to say what no one else will.

“Do not be held hostage by your legacy.”

When you’ve written, starting at age 14, some of pop music’s most evergreen songs — “Society’s Child,” “At Seventeen,” “Jesse,” and “Stars,” among them — it’s no wonder she’d need a reminder to shake free of our expectations.

Now, at 70, Ian is embracing a new milestone: the art of the farewell. Set for release on January 21, 2022 on her own Rude Girl Records, The Light at the End of the Line is Ian’s latest and last solo studio album to bookend a kaleidoscopic catalog that began with her 1967 self-titled debut.

Ian says, “It takes a certain amount of maturity to realize that you don’t have to keep proving you can write. I’ve already created a body of work I’m proud of, and I’m old enough to realize that it’s the light at the end of the line that matters. And I’m not calling this retiring. It’s rewiring.”

As her first album of new material in 15 years, The Light at the End of the Line also sets the stage for what Ian imagines is her final North American tour in 2022.

Let’s be frank: It’s a bittersweet moment for fans who have stuck with her from the very beginning. At once familiar and poignant, these 12 new songs present Ian in miniature. They’re intimate portraits of getting older but wiser (“I’m Still Standing”), of knowing when to stand up and not take any more shit (“Resist”), of celebrating life’s fleeting beauty (“Swannanoa”), of exalting in your true identity (“Perfect Little Girl”), of paying homage to a lifelong hero and her demons (“Nina,” as in Simone).

Her original idea was to name the tour “The End of the Line” and write a song around it, but that felt too bleak. Instead, she says, “I wanted to write about the result of all these years. As part of that, I’ll change it to ‘The Light at the End of the Line’ and write a more adult version of ‘Stars’ to go with it.” From 1973, “Stars” was often called Ian’s “comeback song” and was covered by Nina Simone, Cher, Mel Tormé and a host of other artists who felt the song spoke to their own lives.

“As I wrote ‘The Light at the End of the Line,’ I realized that it’s really a love song. I didn’t understand that so many years of meeting my audience after shows, of corresponding with them, had created this very real relationship that few artists are privileged to have.”

There’s a moment on every Janis Ian album that parts your hair, upends your ideas about her comfort zone. Her latest is full of surprises. She strikes a triumphant tone on the opening “I’m Still Standing”:

See these lines on my face?
They’re a map of where I’ve been
And the deeper they are traced,
the deeper life has settled in
How do we survive living out our lives?

It took Ian nearly three years to whip “Resist” into shape with help from longtime production collaborator Randy Leago. It was worth the wait. A call to arms, it’s a curveball of cacophonous sounds — wailing electric guitars, clanging percussion, feral saxophone — that culminates with Ian rapping about how women are torn down and stripped of their agency.

“Her music is serious but still full of beauty,” says Leago, who co-produced the song and played throughout the album. “I’ve worked with wonderful singers and songwriters and instrumentalists — and Janis is all of that. The sheer honesty of her work is really what shines through.”

Indeed, The Light at the End of the Line feels like a victory lap for an artist who has nothing to lose, and nothing left to prove. You hear that in the risks Ian took in both her lyrics and the inspired production choices.

Ian, who’s fond of saying she doesn’t sing the notes but rather the space between the notes, is at her most primal as a vocalist here. Every note, every cadence, every beat is in the perfect place. She sounds unvarnished yet luminous, as expressive as when she was that young woman delivering “Stars” on late-night TV as if she were beaming in from a cosmic plane. (Google her 1974 live performance on “The Old Grey Whistle Test.”)

If The Light at the End of the Line ends up being Ian’s swan song, it’s as graceful an exit as fans could want.

“I love this album,” she says. “There is an element of, ‘This is the absolute best I can do over the span of 58 years as a writer. This is what I’ve learned. And I realized that this album has an arc, and I’ve never really done anything like that before.”

As Ian reflects on a career with its share of hits and misses, it’s startling to realize how urgent and out of time her most fearless work remains. We’re still having the same conversations around race and racism that Ian ignited in 1966’s “Society’s Child,” her teenage ode to a white woman who brings home a black boyfriend. It was so incendiary that it got banned from radio and led to death threats and public ridicule that scarred its songwriter until she finally untangled the trauma in therapy.

In the age of social media, 1975’s “At Seventeen” (from her landmark album Between the Lines) is perhaps more resonant than ever as a meditation on feeling isolated and ostracized.

“It’s a piece of luck when you can hit on a universal theme like ‘At Seventeen,’” she says. “It’s what you strive for as a writer. I’m astonished that the song has lived this long, but I’m also horrified that it, and ‘Society’s Child,’ are both still so relevant. I would have hoped that by now so many things would be better.”

Ian has taken a circuitous path ever since then, scoring nine Grammy Award nominations and two wins (in 1976 for best pop vocal performance-female for “At Seventeen” and in 2013 for best spoken-word album for “Society’s Child: My Autobiography”).

Along the way, she has been a columnist and a ringleader of a lively online fan community. She’s dabbled in science-fiction writing (squint and you’ll see her pal George R.R. Martin, the “Game of Thrones” mastermind, in photos from her 2003 wedding to her wife, Pat). And for the past several years Ian has been devoted to her philanthropic endeavors, the Pearl Foundation and the Better Times Project.

If there has been any common thread, it’s this: Ian has always been down for the ride. “The journey has always been more interesting to me than wherever I end up,” she says.

Which brings us back to that sign above her desk.

Grammy-Winning Icon/Singer/Songwriter Janis Ian Releases Feminist Anthem “Resist” From Her Last Studio Album The Light at the End of the Line Out January 21, 2022

Grammy-Winning Singer/Songwriter Janis Ian To Release Her Last Studio Album, The Light at the End of the Line, on January 21, 2022 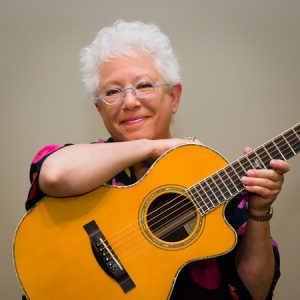 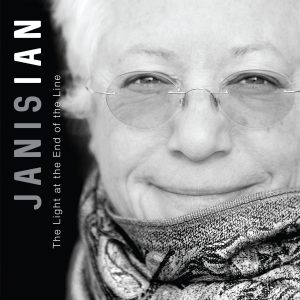 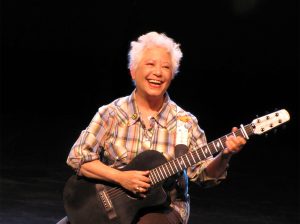 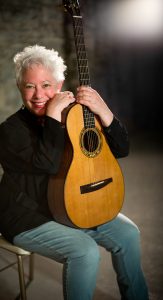