Mando Saenz
All My Shame

Every once in a while, a veteran artist manages to tap into a new creative wellspring, discovers an exciting sound, and the floodgates open. Such was the case for Mando Saenz on his latest release, All My Shame. On this dynamic new album, Saenz fully embraces his pop and classic rock influences for the first time in his career – while still staying true to his Texas songwriting roots. It’s a bold new statement for the Nashville-based artist, and the culmination of his career as a journeyman writer and musician.

“This record was always about making something new as opposed to just being my next record,” Saenz says of the new album, which was produced by former Wilco co-founder and drummer Ken Coomer. “I wanted to take chances creatively with this one, and we knew fairly soon into the recording process that Ken and I were catching something special that was a departure for me but held true to my artistry.”

Having spent nearly fifteen years as a professional musician, Saenz knows the highs and lows of the songwriter’s life as well as anyone. He’s seen his industry — and adopted hometown — radically transformed during the last decade, as gentrification and the streaming music economy take hold and musical preferences change. Yet you can still find him holding court and playing live at old Nashville haunts like Bobby’s Idle Hour.

Saenz, who grew up in various locales across the US as an Army brat, cut his musical teeth in the Houston alt-country scene of the early aughts, writing in the story-song tradition of Lone Star luminaries like Guy Clark, Ray Wylie Hubbard and Jerry Jeff Walker. His first three solo albums — Watertown (2005), Bucket (2008), and Studebaker (2013) — leaned toward the country-folk stylings of his Texas heroes while sporting an occasional rock tinge. All My Shame retains the sharp, detailed lyricism of those early albums, while confidently moving into the poppier, more melodic realms of Tom Petty, Big Star, Ron Sexsmith, and indie stalwarts the Shins. “I didn’t realize how many other influences I had that would help shape this project until after the fact,” Saenz says.

For this project, Saenz, who was one of Carnival Music’s first artists to land a recording and publishing deal, has worked with several Music City songwriters, penning tunes for the likes of Miranda Lambert, Lee Ann Womack and Aubrie Sellers, among others. Regarding his choice of producer, Saenz had worked with the Grammy-nominated Coomer before on various side projects. He knew Coomer had a knack for taking a song, tweaking it, and then catapulting it to another level. Such is the case with standout track “Cautionary Tale,” a tune Saenz co-wrote with acclaimed singer/songwriter Zach DuBois. “Ken turned the bridge into an unexpected post-chorus towards the end, and it might be my favorite moment of the record,” Saenz says of the song, which warns about the hard knocks that often attend the musician’s life this day in age (“I’m just another part of a big machine/ Where lights are bright the streets are mean/ And the talk is smooth when it wants to be/ It’s a cautionary tale”) he sings with unapologetic sincerity.

The album’s opening track, “Deep End,” recalls late-era Dwight Yoakam with its heartland rhythms, shimmering guitars, and irresistible hooks. “As I Watch You Slowly Drift Away” is a poignant ballad about a love that is slowly slipping away which holds special significance for its creator. “We brought in a harmony singer who I’d never met before and who had never heard the song before,” Saenz says of the recording process for the tune. “We gave her a lyric sheet and let her get to know the song while she checked her mic in another room where we couldn’t see her. We eventually started recording. Somewhere during maybe the third pass, her voice kept cutting out …  As it turns out, she was pausing because she was getting a bit choked up emotionally. From then on, the song has had extra meaning to me.” Indeed, it’s a moving moment on a very emotional record.

“All My Shame” finds Saenz stretching into more psychedelic pop territory. He also thinks his love of Radiohead may have subconsciously crept into the song’s creation. “A friend of mine told me that ‘All My Shame’ reminds him of The Hollies song ‘The Air that I Breathe,’ which makes sense because that song to me sounds like Radiohead long before Radiohead existed,” Saenz says.

“Talk Is Cheap” is another key track, one that wouldn’t sound out of place on a classic ’90s power-pop album. But perhaps the album’s biggest — and most satisfying — surprise is the closing number “Rainbow In The Dark,” a cover of the early ’80s heavy-metal standard by Ronnie James Dio, formerly of Rainbow and Black Sabbath. The song, which was Coomer’s idea to record (“It’s a heavy metal song, but also reads Townes Van Zandt,” he told Saenz) reimagines the metal banger as a sensitive dark-night-of-the-soul ballad that gels perfectly with Saenz’s original songs on the record. “I cry out for magic, I feel it dancing in the light/ It was cold, I lost my hold/ To the shadows of the night,” he sings with a melancholy air, making you feel like you’re hearing the MTV hit for the first time in your life.

All My Shame sounds like a synthesis of everything Saenz has learned and loved throughout his musical journey. It merges the old and new, and gives us a fresh, green blast of infectious, melodic rock wedded to his ever-thoughtful songwriting. “I think this record is more reflective of those influential [pop and rock] artists than my past records, which leaned more to my Texas roots,” he says. “But at the end of the day, I like to think that there’s more of me in there than anything. A Texas folky at the heart of it all.” With one foot in tradition and one in the future, Saenz’s career is a testament to perseverance. And in his case, he just keeps getting better. 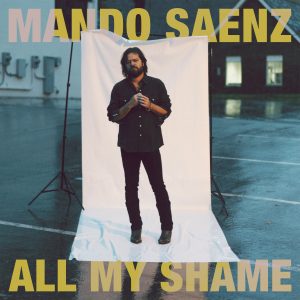 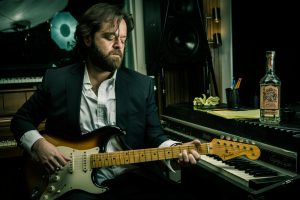 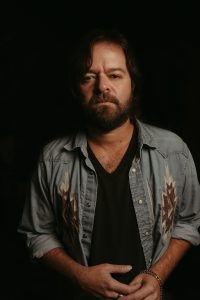 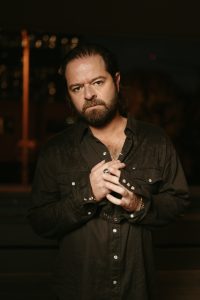 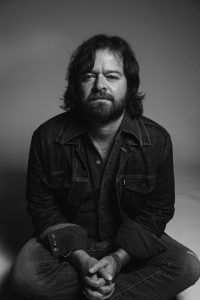 The Boot “Rainbow in the Dark” Premiere