Matt Andersen has logged countless miles following little white lines down the highway, crossed vast oceans, and left audiences around the world forever changed by his powerful, soul-baring songwriting. Those travels have been fuelled by a profound devotion to music, a journey that began in New Brunswick with six steel strings. Since then, Andersen’s work has reached spectacular heights through rich arrangements and fruitful collaboration, but at its core, one musical relationship has remained at the very heart of the whole affair. For his latest long-player, the laid-bare House to House, Andersen brings it all back home with the sweet chemistry that only a voice and guitar alone, together, can conjure.

With bright soul, introspective folk, and songs rooted in blues, House to House showcases a more intimate vibe than what listeners might be used to on the songwriter’s studio recordings— “The Softer Side of Matt Andersen,” if you will. “Over the years I’ve come to really appreciate the moments in a show when I can chill out and not worry about making as much sound as possible,” Andersen says. “Songs that are as much about the space as they are about what happens between the spaces. Big and strong isn’t big and strong if you don’t have a quiet moment to compare it to.”

He lets his grand, resonant boom settle just a little after opening the high and lonesome “Other Side of Goodbye,” allowing for the melancholy to softly seep in, and gets pensive over melodic finger-picking on “Lookin’ Back at You.” Love songs abound—”Let Me Hold You” sets the scene for a quiet, fireside evening; he paints the town red with the help of Terra Spencer’s harmonies on “Raise Up Your Glass;” and “See This Through” summons strength during a dark period in a relationship. On the ghostly “Coal Mining Blues”—an older song, recorded here stripped-down for the first time—Andersen zooms in to the individual level, examining the pain that the industry inflicts on its soot-covered footsoldiers. He gets a little help from his friends Reeny, Micah, and Mahalia Smith to spread some good news on the gospel-inflected David Francey tune “Time for the Wicked to Rest,” and calls on listeners to live fully, despite trials and tribulations, on the soaring “All We Need.”

Finally, the Smiths trade vocal duties with Andersen for the album’s heart-swelling finale—a cover of Curtis Mayfield’s “People Get Ready”—subtly reminding us that even a solo record takes a village. Behind the scenes, House to House was constructed during “this big pause we all landed in,” as Andersen puts it, with the help of friends and family who he’s forged close relationships with over the span of his long career. The title track is a co-write with Chris Robison and Scott Prudence, who built the home studio Andersen had always dreamed of, 30 feet from his front door, where the album was recorded live off-the-floor, with no overdubs. The voices you hear mingling with Andersen’s—Terra Spencer, Ryan Hupman, and the Smiths—were really there in the room with him. And the collection of co-writers reads like a laundry list of the best in the business: Terra Lightfoot, Dave Gunning, Gordie Sampson, Breagh Isabel, Tom Wilson, Clayton Bellamy, Colin Linden, and the aforementioned Spencer, Hupman, Robison, and Prudence.

House to House was produced by Andersen himself, engineered by Chris Kirby, mixed by Cory Tetford, and mastered by Kim Rosen at Knack Mastering. It’s the latest installation in a body of work that is expansive, rich, and varied, revealing Andersen as an artist who’s just as comfortable delivering a tender ballad as he is flying high on gospel or belting the blues. But as Andersen’s first solo studio record, it also stands alone as a pure document from one of the most compelling songwriters and engaging performers in modern roots music.

When Matt Andersen steps on stage, he brings a lifetime of music to every note he plays. His presence is informed by decades of cutting his teeth in dusty clubs, dim-lit bars, and grand theatres all over the world, delivering soulful performances that run the gamut from intimate to wall-shaking. In the studio, he’s always brought the same attention to detail and commitment to craft as he has to his live show, and the result—a multi-faceted and poignant body of work—has led him to amass over 18 million streams on Spotify and 18 million views on YouTube. In addition to headlining major festivals, clubs and theatres throughout North America, Europe and Australia, he has shared the stage and toured with Marcus King, Beth Hart, Marty Stuart, Greg Allman, Tedeschi Trucks Band, Randy Bachman, Jonny Lang, Serena Ryder, and more. Andersen nabbed the 2013 and 2016 European Blues Award for Best Solo/Acoustic Act, three Maple Blues Awards in 2012, and was the first ever Canadian to take home top honours in the solo/duo category at the 2010 International Blues Challenge in Memphis. Since the release of his ninth studio album Weightless in early 2014, Andersen has received a JUNO Award nomination for Roots & Traditional Album of the Year, a CIMA Road Gold award, and eight Maple Blues Awards.

Commanding Singer/Songwriter Matt Andersen Releases “Other Side of Goodbye” From House to House, out March 4 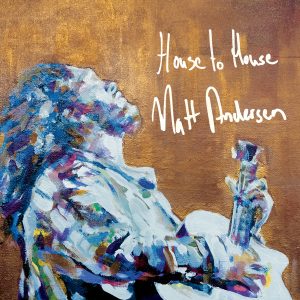 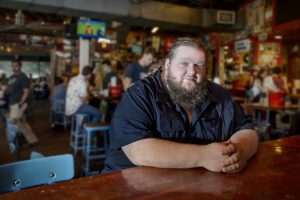 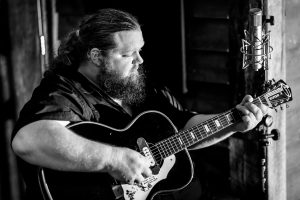 The Boot “Other Side of Goodbye” Feature