“I really like that word,” Sarah Jarosz says of the title of Undercurrent, her fourth Sugar Hill album. “If you look up the definition, it’s ‘an underlying feeling or influence’ or ‘a flow of water moving below the surface.’ To me, that really encompasses the feeling behind this record.”

That evocative imagery is appropriate for Undercurrent, whose 11 original songs seem to reveal new lyrical depth and sonic nuance with every listen. A gifted multi-instrumentalist, a singularly expressive vocalist and a songwriter of rare insight, Sarah Jarosz has been described by The New York Times as “one of acoustic music’s most promising young talents: a singer-songwriter and mandolin and banjo prodigy with the taste and poise to strike that rare balance of commercial and critical success.”

Although it’s her fourth album, Undercurrent is a milestone for Jarosz in more ways than one. It’s her first release since graduating with honors from the New England Conservatory of Music, and her first since relocating to New York City.

“This is the first record I’ve made since being out on my own and experiencing a lot of changes, and I think that that’s reflected in the songs,” Jarosz explains. “It’s also the first record I’ve ever made that feels to me like a complete thought, with a beginning, a middle and an ending. It’s also the first time I’ve made an album that doesn’t have any covers on it. I wanted it to feel like the rollercoaster ride that is life, so I put a lot of thought into sequencing the songs. It was important for me to start with light, and then go through darker times, and stubbornness and strength and weakness, and then end up on a hopeful note.”

Undercurrent is a sublimely resonant song cycle anchored around a haunting quartet of songs written and performed solo by the artist: “Early Morning Light,” “Everything To Hide,” “Take Another Turn” and “Jacqueline.”  The album features several numbers co-written by Jarosz with a variety of collaborators who also contributed to the recordings, including Luke Reynolds (“Green Lights”), Jedd Hughes (“House Of Mercy”), Parker Millsap (“Comin’ Undone”) and Aoife O’Donovan (“Still Life”).  The latter track features O’Donovan, of Crooked Still fame, as well as Nickel Creek co-founder Sara Watkins, Jarosz’s bandmates in their extracurricular trio I’m with Her. Undercurrent also includes two songs co-written with the Milk Carton Kids’ Joey Ryan, including the nostalgic “Back Of My Mind”.

“When I visualize this record, I think of the Central Park reservoir, where I spent a lot of time getting inspiration and thinking about the album,” Jarosz notes, adding, “It was the most focused I had ever been, in terms of trying to write every day and having a grander idea of what I really wanted to write, so I was able to enjoy the process of writing more than ever.

And it was a luxury to go to Nashville for two months to work on the record, because in the past I was always running back and forth between school, touring and the studio.”

While Undercurrent is a creative landmark for Jarosz, she’s been making music for most of her life. Growing up in Wimberley, Texas, she began singing in early childhood. Receiving a mandolin for Christmas when she was nine years old, she worked tirelessly to master the instrument, and learned to play guitar and clawhammer banjo along the way. When she was 11, she performed at her first bluegrass festival; over the next few years, she gained an impressive reputation as a young phenom on the festival circuit, absorbing a world of traditional influences while honing her own highly original songwriting sensibility.

“From an early age, I’ve had a strong desire to create music,” Jarosz states. “I was also fortunate to be surrounded by older, accomplished musicians who were my mentors. From the very beginning, all of my heroes looked out for me and challenged me in the best ways. It was great being raised in music that way. I always felt completely supported, and I think that that attitude affected the way I approach music now.”

In the summer of 2007, after performing at Colorado’s Telluride Bluegrass Festival, Sarah met Sugar Hill Records A&R rep Gary Paczosa, who was impressed enough to invite her to Nashville to record some of her compositions. The following year, the 16-year-old artist signed with Sugar Hill and began work on her 2009 debut album Song Up In Her Head. Sarah’s second album, Follow Me Down, arrived in 2011, and expanded the artist’s sound as well as her fan base, while her tireless touring efforts won her new fans from across the musical spectrum.

2013 saw the release of Jarosz’s third album, Build Me Up from Bones, which once again featured an expanded sonic and compositional palette. It also won Jarosz some of the most enthusiastic notices of her career, as well as Grammy nominations for Best Folk Album and Best American Roots Song. Jarosz toured to support Build Me Up From Bones for a good part of 2014, criss-crossing the US and making two trips to England, Scotland and Ireland. One of the highlights was her first appearance at the Cambridge Folk Festival.

Jarosz spent much of 2015 touring widely as one-third of I’m With Her, the mini-supergroup she shares with kindred spirits Sara Watkins and Aoife O’Donovan. “After singing my own songs for so many years, it was eye-opening to shift gears and be a part of something different,” Jarosz observes. “We’ve only been a band for a year, but I’ve learned so much from it already, and I definitely brought some of those lessons to Undercurrent.

“I’m just trying to become more focused and more honest, and trying to be a better listener and observer of the world around me,” she asserts. “That’s what I tried to do on Undercurrent, and I’m really pleased with how true this record feels to me. In some ways, it feels like my first record, in the sense that it was the first time I could focus all of my energy on it. Everything felt like it was leading to this moment.”

Build Me Up From Bones From Critically Acclaimed Singer/Songwriter, Multi-Instrumentalist Sarah Jarosz To Be Released 9/24 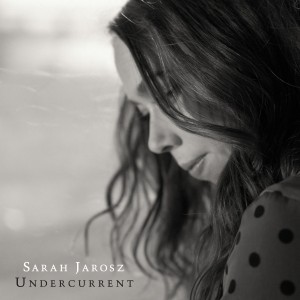 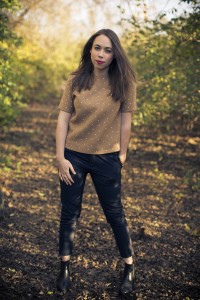 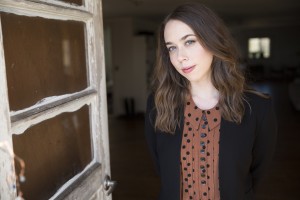 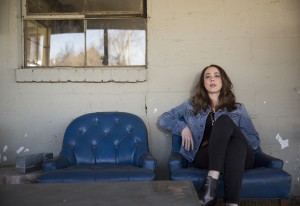 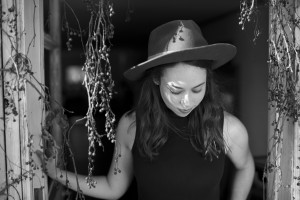 CBS This Morning: Saturday “Take Me Back”

American Songwriter Writer of the Week

Live Performance of “Over The Edge” on CONAN

USA Today Exclusive Video Premiere of Build Me Up From Bones