Trampled By Turtles
Life Is Good On The Open Road

In the immortal words of Tom Petty, “You belong somewhere you feel free.” For the Duluth, Minnesota sextet Trampled by Turtles, finding that freedom meant taking a risky approach; rather than continuing full speed ahead with a band that had been successfully touring, writing, and recording music together for the past 15 years, they pumped the breaks and brought the tour bus screeching to a halt.

By the time Trampled by Turtles announced their hiatus in the fall of 2016, the success they’d experienced as a band could only be described as a phenomenon. They’d had multiple albums climb the Billboard charts, with two reaching the No. 1 spot on the Bluegrass charts and one topping the Folk chart; they’d appeared on The Late Show with David Letterman twice; and they’d performed at nearly every major festival in the U.S. and Canada, from Coachella to Bonnarroo, Lollapalooza, and the Newport Folk Festival, pulling in huge and adoring crowds with their breakneck string performances and heartfelt, sometimes gut-wrenching lyrics.

After all that time traveling together in close quarters and commanding festival and club stages around the country, the six musicians who make up Trampled by Turtles — Dave Simonett, Tim Saxhaug, Dave Carroll, Erik Berry, Ryan Young, and Eamonn McLain — went nearly a year without all being in the same room.

Simonett, the band’s lead singer and songwriter, released a critically acclaimed and highly personal album, Furnace, with his band Dead Man Winter. Other members kept busy with their own side projects in the Twin Cities and their hometown of Duluth, Minnesota, allowing new musical ideas to grow.

By the time the six musicians arranged to get together at banjo player Dave Carroll’s cabin for a meeting in October 2017, there was a pressing question on everyone’s minds: Would the magic that first united them around rapid-fire string music in the early 2000s still remain? Would they still feel like a band?

“Trampled’s going to get together on a little retreat to see if we all still like each other,” jokes mandolin player Erik Berry, reflecting on that pivotal cabin weekend. “But I don’t want to build up the suspense and fear too much, because quite frankly it was really comfortable and enjoyable. We hung out and made meals together, had some beers together, played some cards, watched the Twins lose to the Yankees, and played some music.”

Their meeting at the cabin came at an unusually emotional time. It was the day that the country learned about the tragic mass shooting at a Las Vegas festival that injured hundreds of music fans, and the day that one of the group’s shared musical heroes, Tom Petty, passed away.

“We started cracking beers and hanging out, and all of a sudden it was like, holy shit,” Simonett recalls. “So we went down by the lake and brought a speaker and a bottle of whiskey, and just sat and listened to like six Tom Petty records straight. It felt good as a band to be sharing in that. Somebody we had all admired so much musically, that we could kind of bond over.”

Within an hour of converging at the cabin, instrument cases were opened and ideas were passed around. By the second day of their retreat, Trampled went live on Facebook with a performance of Tom Petty’s “Wildflowers,” with the lyrics speaking poignantly to the time they’d spent apart. And by the end of the week, they were already workshopping a handful of new songs that Simonett had written, and firming up dates at Pachyderm Studio in Cannon Falls, Minnesota, to record their next record.

“I think a little break was really good,” says Simonett. “I started to miss the guys, and playing music with them. I think everybody kind of felt that way after we got some space, so it was really healthy. We were like, hey, we should make a record — and the feeling was really casual and there was no pressure at all. We were able to do it in a way that kind of felt like 15 years ago.”

Tracking for their new album, Life is Good on the Open Road, was completed in just six days at Pachyderm and mixed the following week. The band produced the album themselves with the help of Pachyderm’s house engineer, Nick Tveitbakk, recording everything live to tape.

Life is Good on the Open Road is the sound of freedom washing over the group like a sunrise, a new day rising. When discussing the album, both Simonett and Berry toyed with the phrase “return to form,” suggesting that it captures something pure and essential about the Trampled by Turtles sound.

“Tim said something kind of interesting – he said, ‘This is the most Trampled by Turtles record we’ve ever made,’” says Berry. “He’s right.”

The band weaves their instruments together like a seamless tapestry, laying down a bed that seems to float underneath Simonett’s expressive voice. Each song seems to tell its own story, from tales of nights gone wrong to love that’s been lost and dreams that need chasing, and the group shifts in unison from tender ballads to barn burning hair-raisers, sometimes in the same song. Simonett’s lyrics, which have grown ever sharper over the years, occasionally rise up to shoot an arrow directly through the heart. “I’ve been moving logs just to keep the fire burning / My voice is gone but the band wants to play,” he sighs on “Right Back Where We Started,” while the title track offers pure poetry: “Run so fast through the fields in May / I forgot what I had to say / I’ve never been through a harder day / Than the one that left your ghost here.”

Although no songs directly address the band’s time apart, there are metaphors that speak to the experience of putting Trampled by Turtles to bed and waking it back up again. As the band prepares to swing back into action, perhaps there’s no better line to summarize their return than on that title track, “Life is Good on the Open Road”: “The light inside you comes and goes / But it never really goes out.” 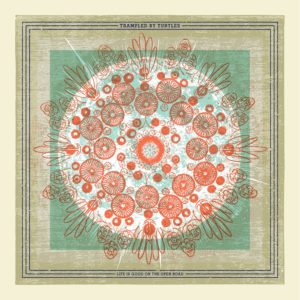 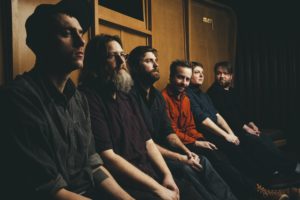 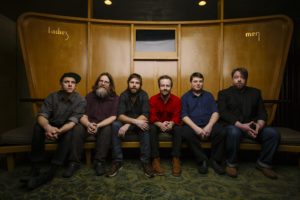 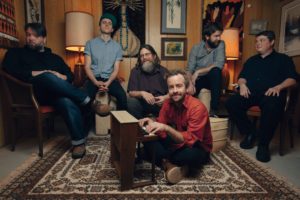 Billboard “We All Get Lonely” Premiere