If Turnpike Troubadours are playing in your town, you’ll know it. A block or two from the venue, you’ll see the crowds lining up. Get closer and you’ll start to hear the music — rockin’ hard, lashed by burnin’ fiddle and guitar, maybe a little rough on the edges but with a deep-rooted soul that’s impossible to resist.

And if you make it through the door, you’ll witness one of the best shows you’ll ever see.

Audiences in their home state of Oklahoma and down in Texas have known this for years. It’s no longer news when they draw 5,000-plus at Billy Bob’s in Fort Worth, sell out three nights in a row at Gruene Hall or turn several hundred away at the Legendary Stubb’s Bar-B-Q in Austin.

Word has spread, though: Their shows in Chicago, St. Louis and elsewhere have pulled in more than 1,000 fans. And they’ve drawn full houses at Joe’s Pub in New York and The Troubadour in L.A., among many other nightspots from coast to coast.

They’ve even been picked by Playboy as one of three acts to watch in 2015 — a distinction lead singer/guitarist/songwriter Evan Felker admits is “pretty bizarre” but impressive nonetheless.

So is that the story? “The Turnpike Troubadours Tear It Up Night After Night”

Actually, no. There’s another side to singer/guitarist Felker, bassist RC Edwards, fiddler Kyle Nix, steel and electric guitarist Ryan Engleman and drummer Gabe Pearson. Maybe you don’t notice it as much at their shows, where their blazing performances tend to obliterate detached reflection.

But you’ll definitely notice it on their new album, The Turnpike Troubadours, to be released September 18th on their Bossier City imprint. Away from the intensities of their show, the music speaks more intimately. Details of their arrangements clarify. Above all, the lyrics become the center of attention, spinning stories so compelling that you realize you’d almost forgotten how powerful the message of a song could be.

There’s “7 Oaks”, recounting a life made desperate by poverty, made more vivid by an incongruous hoedown accompaniment … “Bossier City”, focused on a sad mill worker who blows his pay regularly on gambling and booze … “The Bird Hunters”, a short story set to a Cajun waltz about friendship, love and coming home … “Down Here”, a conversation between one guy who has lost all he had and another who assures him life “down here” really isn’t so bad … “How Do You Fall Out Of Love”, a melancholy meditation on lost love.

Dig deeper into the words and bits of brilliant craftsmanship gleam: “Hillbilly girl, as sweet as wine, grew up in the thicket like a muscadine.” … “Robbie’s got a brand new girlfriend. She’s got to strip for pills.” … “I left my heart in Tulsa on the corner of Easton & Main on the Cains Ballroom floor, soaking up a bourbon stain.” … “You bet your heart on a diamond and I played the clubs and the spades. We gambled and lost. Yes, we both paid the cost. Look what a mess I have made.”

“Human beings like stories,” Felker insists. “It doesn’t matter what form, whether it be a song or a movie or a poem. And they’ve always been drawn to characters. Our songs are real life applied to stories applied back to real life. I might get a plot line from several short stories I’ve read. Then I’ll build fallible characters into the midst of all that. They’re never archetypes. They’re real. It’s all about the character.”

“Stephen King has this canon of characters and any of them can walk into one of his stories at any time,” Felker says. “You have all these characters living in the same universe. I haven’t ever seen that applied to songwriting, but that’s what I’m doing.”

This universe feels real on The Turnpike Troubadours because the band resolved to let the album happen on its own time. Moving out to the Prairie Sun recording complex in the desert country of Cotati, California, setting up in former chicken coops converted into studios, they metaphorically unplugged the clock and worked studiously through 12-hour sessions, wrapping up only when each story and every note rang true.

“This album sounds like us at our best,” Edwards says. “We weren’t going for being overproduced. What we got was exactly what we wanted because we didn’t have that time factor problem.”

And this is the paradox of the Turnpike Troubadours: Do they sound their best when they’re delivering another electrifying live show or when they’ve crafted an artful album, enriched by a narrative tradition that traces back to their fellow Oklahoman Woody Guthrie, in which every nuance tells a story unto itself?

Honestly, the band doesn’t worry much about that.

“The show is about people having fun,” Felker says. “The more fun they have, the more fun we have and the better off everybody is. The record is about understanding the poetry in a real way. I figure it’s like people sitting around in their house, maybe drinking a beer. That’s more the place for poetry. “Our sound comes from playing country music, punk rock and anything else we liked in honky-tonks and beer joints,” Edwards adds. “You’ve got to give the crowd something to dance to and have a good time. But songwriters are the most important thing. So I think everything we’ve done says that you can have it both ways.”

The proof is on The Turnpike Troubadours and at whatever place they’re playing down the road near you. Think of them as a two-headed silver dollar; on both sides, you’ve got a winner. 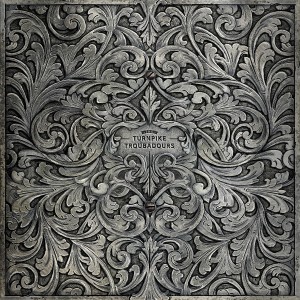 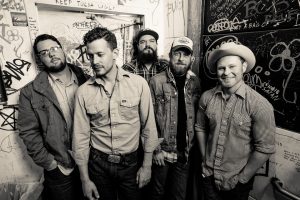 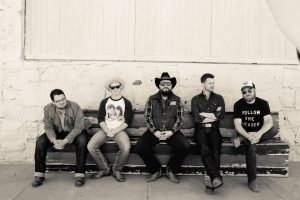 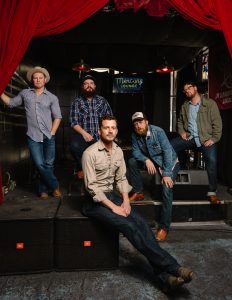 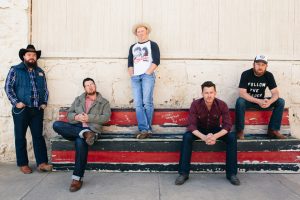 American Songwriter Writer of the Week