Fever and sky. For more than two decades, Bear Rinehart — road warrior, storyteller, and ever-evolving songwriter — has seen plenty of both.

He strikes a new balance between cathartic roots-rock and contemplative, cinematic moments with FEVER / SKY, his second album as Wilder Woods. Rinehart unveiled the solo project in 2019, releasing a self-titled debut record of nuanced neo-soul. FEVER / SKY covers different territory, with Rinehart refocusing his attention not upon the horizon ahead, but upon the road itself. Recorded with old friends and new collaborators, it’s a personal record about enjoying the modern moment, stacked high with soulful R&B textures, heartland hooks, and the willingness to chase the muse into unexplored places.

“I’ve been in a band for 20 years, and a band is a democracy where you make decisions together,” explains Rinehart, who also fronts the Grammy-nominated, chart-topping band NEEDTOBREATHE. “Wilder Woods is a different outlet. I’m giving myself the freedom to do what I want to do and say what I want to say. I’ve stopped worrying so much about imaging. This isn’t the kind of journey where I’m worried about the places I’m headed or the places I’ve left; it’s a journey where I’m just happy to be in the car, driving forward.”

Fittingly, the music on FEVER / SKY often unfolds like the soundtrack to a cross-country road trip. “Go Ahead,” with its Springsteen-sized hooks and spacey guitar textures, evokes the western wooziness of a desert landscape. “Heartland” sketches a portrait of wild, uninhabited spaces while nodding to Rinehart’s southern roots, pitting gospel harmonies against a backdrop of swirling B3 organ and electric guitar. “Be The Man” is all big-city bombast and retro rhythms, like the long-lost soundtrack to some 1970s action film, and “Criminal” nods to Memphis with its Stax-sized blasts of brass. During the album’s final moments, Rinehart brings his attention back home, preparing his three sons for their own lifelong journeys with “Make Your Own Mistakes.” FEVER / SKY is even dedicated to his youngest child, Waters, while his two older boys — Wilder and Woods — inspire the name of his solo project itself.

Rinehart doesn’t have to look far for inspiration these days. A proud family man, he sings to his wife during “Maestro (Tears Don’t Lie),” a festival-ready rocker that charts the early days of the couple’s courtship. A longtime touring veteran, he sings about long goodbyes and painful partings with “Wish It Was Mine.” An award-winning college athlete who shined on the football field long before he earned his first gold record, he encourages listeners to chase down their dreams with the seize-the-day song “Go Ahead.” While riding out the Covid-19 pandemic that brought his touring schedule to a temporary standstill, he wrote most of FEVER / SKY at home in Nashville, fusing his personal lyrics with thrilling musical textures inspired by two decades of booming live concerts. “I began writing music that you might hear at a festival,” he says. “Uptempo stuff. Rock stuff. Big melodies. I just pictured myself onstage and let those visuals inform the music.”

Wilder Woods, his solo debut, focused on new beginnings: the advent of fatherhood, the launch of a new project, and the updated branding of a longtime bandleader who’d decided to expand his artistry. With FEVER / SKY, he just wanted to celebrate the parts of himself that made him most proud. “Once I finished a song, I didn’t ask myself which project it fit into,” he explains. “It was more about, ‘What feels like a personal statement?’ While making the first record, I felt like it had to be so different than anything I’d done before. I didn’t worry about that with FEVER / SKY. The songs weren’t the difference. I let the musicians and collaborators that I surrounded myself with be the difference.”

Those collaborators included producer Cason Cooley and guitarist Tyler Burkum. “I’d already made some little demos — short ideas involving a song’s verse and chorus — and I wanted to flesh them out fully with writers I trusted,” Rinehart says. “I don’t think I could’ve made the record without a team, nor would I have wanted to. When you’ve been in a band your whole life, you get used to building music together and feeding off one another’s contributions. I approach every project like that. I’m not some genius in the corner, dreaming everything up.”

Working alongside Cooley and Burkum, Rinehart began turning his homemade demos into larger sketches of the record he intended to make. “We wanted something to show the other players what we were going for, and we organically built everything from there,” he explains. Emphasizing authentic performances over technical precision, he then recorded FEVER / SKY with musicians like drummer Aaron Sterling, bassist Tony Lucido, and My Morning Jacket’s Carl Broemel. The goal wasn’t virtuosity, it was the proper communication of each song’s message, from the return-to-nature theme of “Heartland” to the self-love encouragement of “Be Yourself.”

“Cason isn’t the kind of guy who wants to use a bunch of gadgets and fix everything that’s wrong with you,” Rinehart says of his co-producer. “He’s more about taking what’s right about you and magnifying it.” That approach proved particularly helpful when it came to Rinehart’s voice, an instrument that showcases the full range of its owner’s musical influences — including full-throated blues, gritty gospel, modern pop, and blue-collar rock — on every album it touches. “The truth is, I’m still learning how to use my loud voice,” he admits. “Every record we make allows me to find a more effective way to use it. Cason and I have the kind of relationship where he can say, ‘Hey, am I believing in what you’re saying in this performance? Can we beat the feeling here?’ Sometimes, we wound up using the original vocal performance from the demo because it felt the most honest. It’s not about how perfect the performance is. It’s about how well the lyric is delivered. It’s not always about ‘singing,’ either. It’s about letting the song happen.”

With NEEDTOBREATHE continuing to tour and record, Bear Rinehart’s schedule is back to pre-pandemic levels of engagement. He is, to put it mildly, a very busy person. Even so, there’s a reason Wilder Woods continues to thrive. In many ways, it’s become one of the new cornerstones of his career, offering a different way to approach the songwriting and performing processes that have earned Rinehart a number of chart-topping releases on the Billboard charts.

“Wilder Woods is a passion project,” he says. “That’s the way it has to be. You have to love doing something like this — and learn from it, too — in order to keep doing it. There’s a lot of ways to make music, but for me, all of it is a tool to communicate with people. My songs help me relate to an audience. I’m trying to take all of us to some other place — somewhere beautiful — for the duration of an album or a concert. As an artist, it can give you a lot of freedom to not think about how everyone else is doing things, and that’s what FEVER / SKY is. It’s me. I’m not looking in the rear view mirror. I’m just happy to be here, right now, making the music I want to make.” 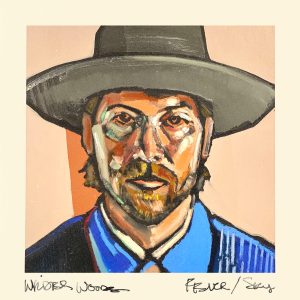 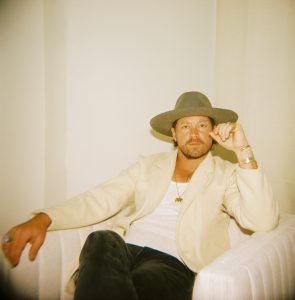 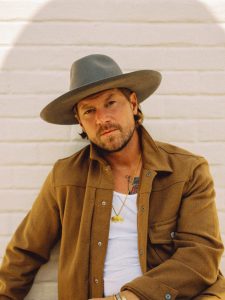 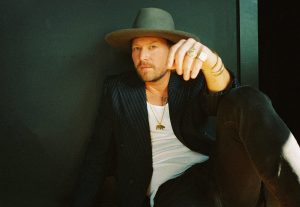