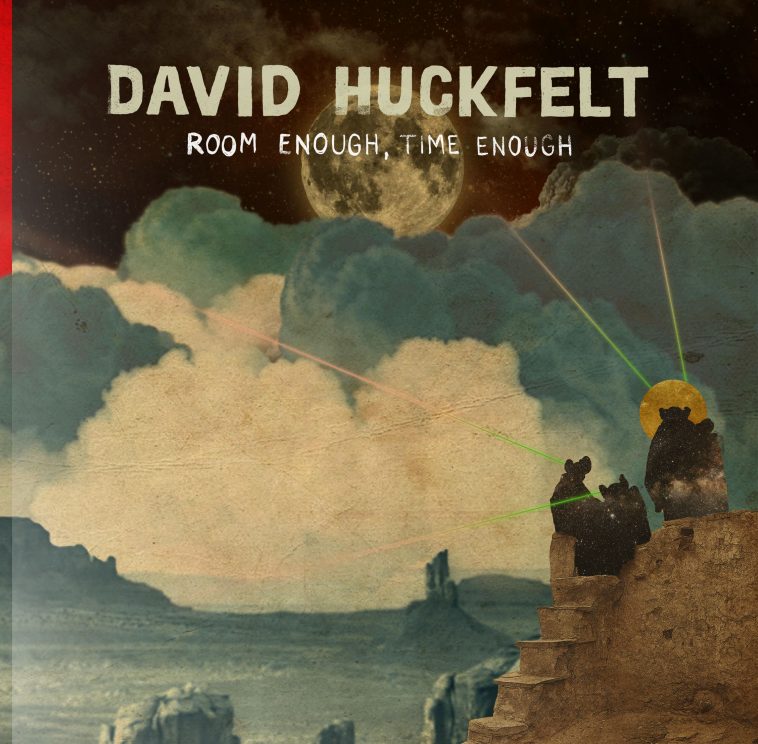 Today, David Huckfelt announces his newest album Room Enough, Time Enough out February 26, 2020. The Minneapolis singer/songwriter/activist (of acclaimed indie act The Pines) reaches for moments of tranquility and hope while emphasizing a host of Native voices and viewpoints. Room Enough, Time Enoughis a record about restoring balance: space and attention, peace and equality, redeeming the marginalized, and remembering the forgotten.

The first track out today is “Better To See The Face” with a video featuring Huckfelt and his newborn son, born at the outset of the Covid pandemic and quarantine. “Better To See the Face” explores the notion of intimacy in a world separated not only by quarantine but by screens. Huckfelt explains, “We have to dive deep into our genetic memory to blow air on the coals of direct human touch, and to remember that the idea or name of something is just a shadow of the real experience itself. This song stems from a Zen koan about first-person direct experience, how the human spirit is hard-wired for intimacy, and every digital dream pales in comparison to the spark of a baby in your arms, a lover’s face in your hands, a grandmother’s hand on your shoulder, a meal at the family table, a campfire on the shores of Lake Superior with your friends. We’re living now in the digital shadow of the real world, but we long to go where the digital dream doesn’t roam…”. Watch the “Better To See The Face” music video here.

David Huckfelt has shared stages with artists from Mavis Staples, Emmylou Harris, and Greg Brown to Trampled By Turtles, Calexico and Bon Iver, and garnered praise from David Fricke (Rolling Stone) as one of the finest songwriters of his generation. In 2018 Huckfelt received the prestigious Artist-In-Residence award at Isle Royale National Park on Lake Superior, where in sixteen days he wrote the fourteen songs that would become his solo debut Stranger Angels. Beginning in 2014 with his collaboration with American Indian Movement leader & poet John Trudell, Huckfelt has worked with an array of Native American artists and activists including Keith Secola, Quiltman, Winona LaDuke and novelist Louise Erdrich in the fight for social justice and protection for Mother Earth. In thousands of shows across the United States, Canada & overseas, Huckfelt’s grassroots following has grown from small-town opera houses, Midwestern barn concerts, and progressive benefit events to national tours and festival stages like Hardly Strictly Bluegrass, Edmonton and Calgary Folk Fests, and the legendary First Avenue club in his beloved Minneapolis home.