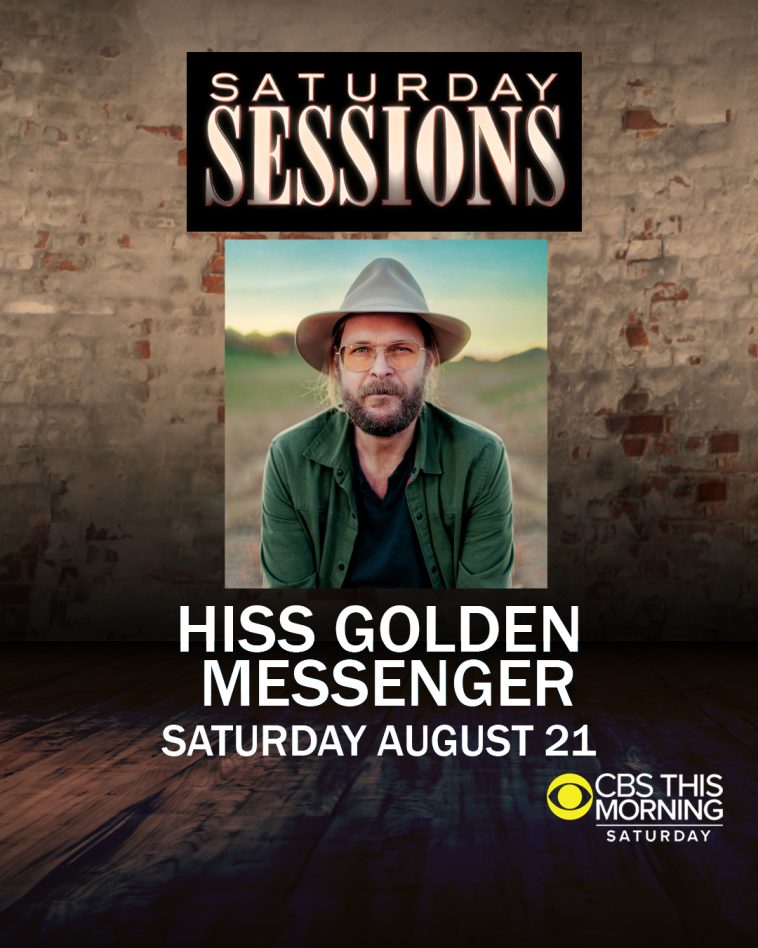 Grammy nominee Hiss Golden Messenger will appear on CBS Saturday Morning this Saturday, August 21st. Singer, songwriter, bandleader M.C. Taylor and company will perform three songs from their latest album Quietly Blowing It, released in June on Merge Records. Quietly Blowing It is the follow-up to 2018’s Term Of Surrender, which was nominated for Best Americana Album at the 2021 Grammy Awards.

Upon its release, Quietly Blowing It received high critical praise with four-star reviews running throughout the US and overseas, including  Rolling Stone, American Songwriter, MOJO, The Guardian, The Independent and more. Other positive coverage ran in media outlets such as The New York Times, The Associated Press, Consequence, No Depression, Glide, Aquarium Drunkard, Magnet and much more. Hiss Golden Messenger was recently the subject of a feature segment on NPR Weekend Edition.

“…a poignant, often soaring set of anthems for our times.” – Associated Press

“There is just something about Hiss Golden Messenger’s music that makes it feel like a golden-hued summer day even when it’s not.” – The New York Times

“In these songs that beg to be heard communally, Taylor keeps searching for the good, for the humanity, always with the promise that tomorrow is a new day.” – No Depression

“…’Quietly Blowing It’, a title that clearly belies the excellence of all it offers within. It’s a set of songs somehow manages to come across as both subtle and assertive in equal measure.” ★★★★ – American Songwriter

“Taylor is still a master of shuffling Americana, and the album hearkens at times to the sound of Dylan, circa Blood on the Tracks, or the Grateful Dead, circa American Beauty.” – Philadelphia Inquirer

“They have arrived now as one of America’s most important bands.” – Glide Magazine

Catch Hiss Golden Messenger on tour this winter and spring

$1 from every ticket sold on the upcoming Hiss Golden Messenger show will be donated to support public education in Durham, NC