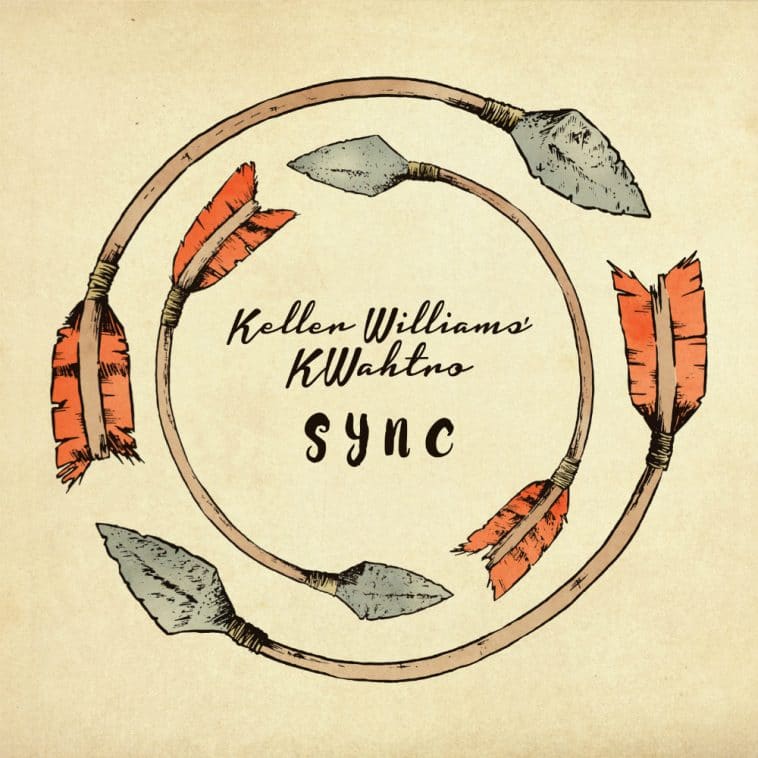 Sync, the first studio album from KWahtro, the most recent ensemble from genre hopping multi-instrumentalist/vocalist Keller Williams, will be released on January 20.

KWahtro performs what can be referred to as “acoustic dance music.” With songs primarily written by Williams, the music infuses reggae, folk, jazz, afrobeat and dance rhythms into new, and innovative arrangements. The improvisational nature of the performances allows freedom as well as precision by musicians who have formed a symbiotic relationship. Like the album title, KWahtro are four musical spirits fully in sync, creating a sound that is something unto itself.

KWahtro will perform a handful of special dates in the Northwest in January (see dates below), with more to come later in 2017. Williams will spend most of January through April touring with one of his heroes, acoustic legend Leo Kottke. Their celebrated Shut The Folk Up & Listen tour will pick up on January 12 in Ridgefield, CT. Williams will also be performing solo dates. (See Dates Below).

As if one release wasn’t enough, on January 20, Williams will also release Raw, a 10-song collection of solo acoustic material. These straightforward performances are not enhanced by the masterful looping Williams has become known for during his solo performances. Raw showcases the artist and his instrument, hence the aptly titled album.

To coincide with the release of Sync and Raw, Williams has joined forces with the Summer Camp Music Festival for the “Go to Summer Camp with Keller” contest. The prize includes an all expenses paid trip to Summer Camp Music Festival (flights for two & rental car) as well as two VIP Weekend passes to the festival, backstage access during Keller’s set and two pairs of Keen shoes To enter, fans can purchase Sync or Raw (CD, Digital Download, or Vinyl) through www.kellerwilliams.net before 1/20/2017 and receive two entries into the contest. Purchase Sync or Raw between 1/20/2017 and 3/5/2017 and receive a single entry. Visit www.kellerwilliams.net for more info and official rules!