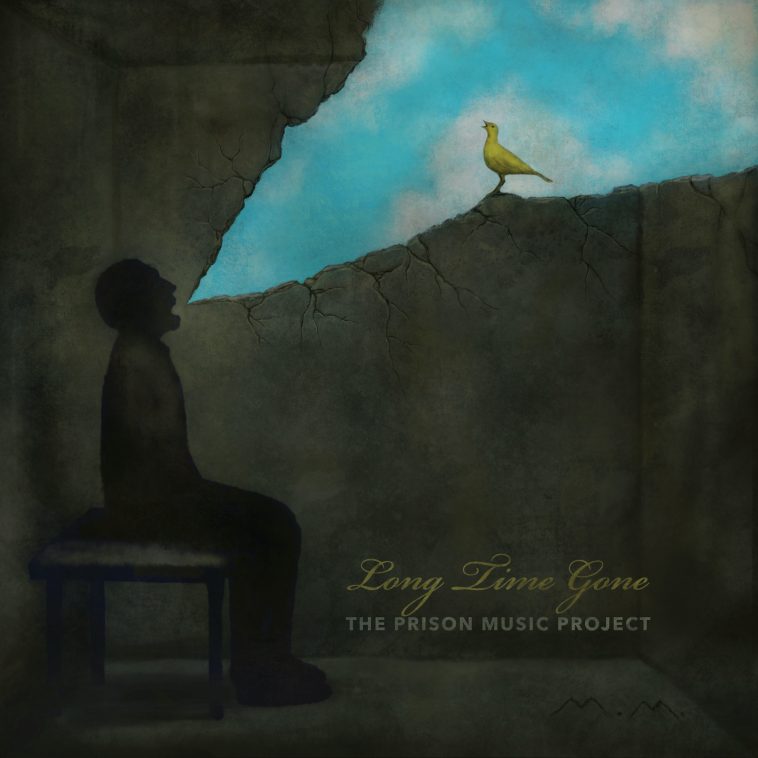 Today, Righteous Babe Records is proud to announce the label’s next release, Long Time Gone from The Prison Music Project, out June 5. This collaboration is produced by Zoe Boekbinder and Ani DiFranco and features incarcerated writers and musicians from New Folsom prison in Folsom, CA. This project began in 2010 when Boekbinder volunteered in New Folsom, playing concerts and teaching workshops in songwriting.  The first two tracks, “Monster” from Greg Gadlin and Zoe Boekbinder and “Nowhere but Barstow and Prison” from Spoon Jackson and Ani DiFranco, are out today. Proceeds from the project go to Southern Center for Human Rights.

During Boekbinder’s time at New Folsom, many poems, raps and songs were created and shared by the incarcerated men who participated in the workshops. A body of work developed that was as diverse as the people who contributed to it. The songs — overflowing with pain and regret, longing, perseverance and hope — form a collective snapshot of the hidden face of America: the two million people living inside its prison systems.

Zoe hatched the dream of transforming these songs into an album. To realize that dream, they enlisted the help of activist, producer and Righteous Babe Records founder Ani DiFranco. Six years after that saw the completion of this sprawling collaboration. Many singers, producers, artists and musicians were brought in along the way and together, they formed a collective called The Prison Music Project. Most of the contributing musicians were paid a minimal honorarium for their work and Zoe and Ani worked for free. In addition, the compelling cover art was created by celebrated artist Matt Mahurin and also donated to the cause.

DiFranco says, “There are two million people in prison in the US and each one of them has a story to tell. Nine of them are on this record. The stories and the music on Long Time Gone are diverse in scope and sound, as are the people involved, but we are united in our humanity and in our hope for a more just justice system. In this time of human vs. virus, when so many behind bars are sitting ducks, I hope we can address the reality of mass incarceration and fix it.”

Boekbinder claims, “May 19, 2010 was the first time I ever set foot inside a prison and I was forever changed by what I witnessed that day. In my ten years working with incarcerated and formerly incarcerated people, I’ve learned a lot about our criminal justice system. Most of the people filling our prisons are not bad people; they are hurt people. I can’t make the people free so I made their stories free. I hope that this album can help move us, as a society, towards a system of justice that is truly just for everyone; a justice that centers healing rather than punishment.”

Assets can be found on the Righteous Babe Records site HERE.