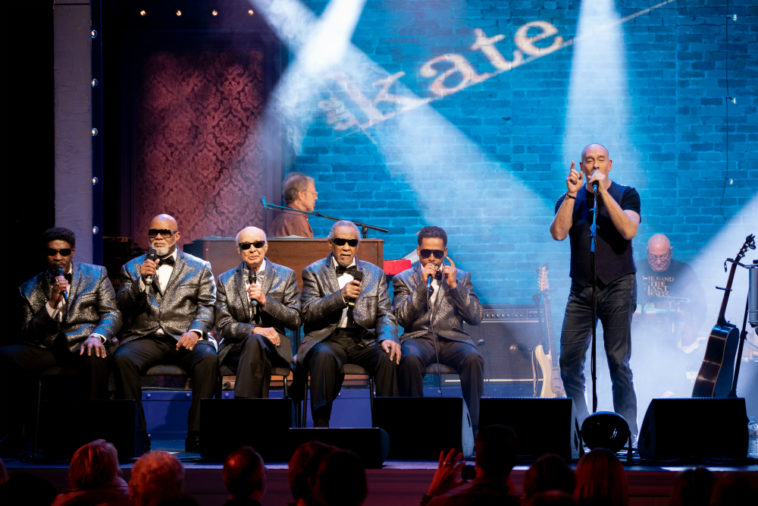 Critically acclaimed artists Marc Cohn and Blind Boys of Alabama have unveiled the spectacular and moving track “Work To Do” via Billboard. The Cohn original is the title track from an upcoming collaborative album from the two artists, which will be released on August 9th via BMG. Click HERE to read a Q & A with Marc Cohn and listen to the song. Produced by John Leventhal, this unique collection combines the extraordinary songwriting talents of Marc Cohn with the deep harmonies of the Blind Boys of Alabama.

The Work To Do album is comprised of a combination of three studio tracks plus seven live performances which were recorded at the Katharine Hepburn Cultural Arts Center in Old Saybrook, CT during a taping of the PBS series The Kate. The stunning live performances on Work To Do feature each artist performing a track on their own, and the Blind Boys adding their signature and soulful vocal textures to material drawn from Marc Cohn’s impressive career, including the mega-hit “Walking in Memphis”. Fans can pre-order the album HERE, and for a full track listing see below.

Marc Cohn and Blind Boys of Alabama are currently on tour together in support of their upcoming album. This rare collaboration of songwriting, soul and charisma is a summer show not to be missed.