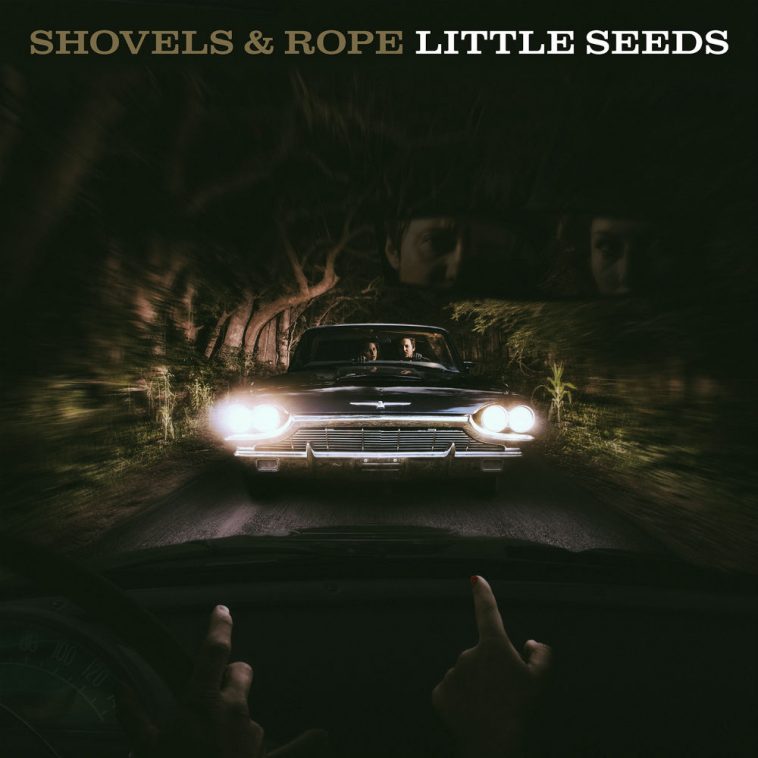 Critically acclaimed husband & wife duo Shovels & Rope has announced the release of their anticipated new album Little Seeds, due October 7 on their new label home New West Records, along with an extensive fall tour (See list of dates below). Known for their honest, raw and highly distinctive sound, Cary Ann Hearst and Michael Trent (aka Shovels & Rope) have made their most personal and powerful album yet. As songwriters, Hearst and Trent have earned a reputation as gifted storytellers through their music. The main distinction between their prior work and Little Seeds, is that the stories here are true and inspired by their own experiences and observations.

Little Seeds reflects a pivotal and tumultuous time in their lives, and in our society. With song titles such as “Botched Execution”, “Mourning Song”, “The Last Hawk” and subject matters ranging from Alzheimer’s disease (“Invisible Man”) to over-medicating children (“Johnny Come Outside”) to racial unity (“BWYR”) , one might think Little Seeds is a hopeless and depressing work, which would be highly inaccurate. Shovels & Rope’s penchant for writing literate, Southern Gothic infused songs that exude a dark humor, deep sentiment and the celebration of the genuine, quirky and beautiful things in life has never shined brighter than it does on Little Seeds.

Like most of their previous material, Little Seeds was recorded in the couple’s Charleston, SC home studio, and produced by Trent. Hearst and Trent wrote all the songs and played every instrument. Little Seeds is the follow up to their acclaimed 2014 release Swimmin’ Time, which debuted in the top 20 on the Billboard 200, #5 on the rock chart and #6 on the independent chart. The album received critical praise everywhere from Rolling Stone to Southern Living to Relix, while major features ran in The Wall Street Journal, Huffington Post, American Songwriter, NPR Morning Edition, USA Today and more. (See Highlights). The duo has appeared on Conan, Austin City Limits, PBS Bluegrass Underground and twice on The Late Show with David Letterman. Shovels & Rope has performed at almost every major U.S festival, including Bonnaroo, Coachella, Lollapalooza, Newport Folk, Sasquatch, Hangout and many more.