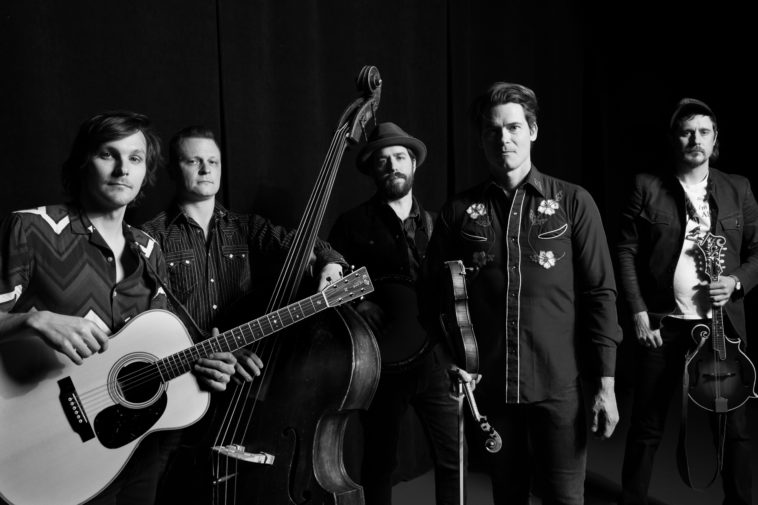 Grammy Award-winning modern American roots band Old Crow Medicine Show has shared a special unplugged performance of their song “Methamphetamine”, filmed at Nashville’s historic Ryman Auditorium. Watch the video via Rolling Stone Country’s exclusive premiere HERE, and also see behind-the-scenes commentary by frontman Ketch Secor, who gives further insight into the writing process and the inspiration behind the song. Drawing attention to an important and ongoing epidemic, the band has encouraged others to donate to the Cumberland Heights Addiction Treatment Organization in Nashville, which helps to give hope and healing to those affected by alcohol and drug addiction. More information can be found HERE.

Old Crow Medicine Show recently announced their upcoming album Live at the Ryman (due out October 4 on Columbia Records via The Orchard), now available to pre-save HERE. The new record captures the raucous energy of Old Crow Medicine Show’s performances, recorded throughout their many headlining shows at Ryman Auditorium. Proving they’re no strangers to the Ryman stage, the band has now performed at the legendary venue over 40 times and will return later this year for their high-energy New Year’s Eve shows, which have become an annual pilgrimage for many fans around the country (see tour dates below).

Old Crow Medicine Show has received critical acclaim from a variety of press including NPR Music, The New York Times, The Associated Press, Rolling Stone, Billboard and many more. After 21 years of creating music, the band continues to make innovative musical statements, pushing their genre into the future and cementing their legacy as one of the most vibrant and forward-thinking traditional bands of their time.