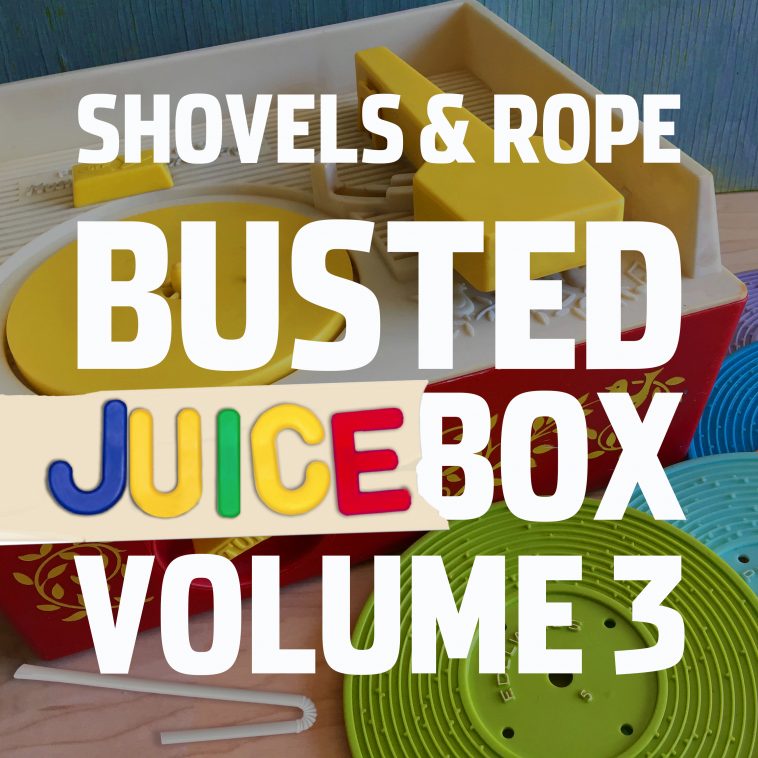 On Busted Jukebox, Volume 3, Shovels & Rope invited artists who are also parents (hence the “Juicebox” and cover art) to record a selection of songs with children in mind. The album contains a diverse collection of not-so-obvious tracks that have significant meaning to their family. Hearst and Trent explain their choices and discuss each collaboration in this Track By Track.

Shovels & Rope is joined by Sharon Van Etten, M. Ward, The War and Treaty, John Paul White, members of Deer Tick, The Secret Sisters, The Felice Brothers, T. Hardy Morris and more. The artists put their signature on songs ranging from classic lullabies to REM and from Janis Joplin to Annie. The album was produced by Michael Trent. See Full Track Listing Below.

A rousing rendition of The Beach Boys’ “In My Room” featuring Sharon Van Etten was just released (LISTEN HERE). Trent used to listen to the original to help him fall asleep when he was a child. Once a parent, he and Hearst sang it for their daughter regularly when she got her own room. Apparently,  they were not the only parents looking to the Brian Wilson classic for an assist. “My heart swelled when Cary Ann & Michael reached out to me to sing “In My Room” for their Busted Jukebox series,” says Van Etten. “As a mom, there are ‘go-to’ songs that help calm my son down and there are nights where I just sing the same song over and over. This is a song that is so personal to me, as we have listened to a lot of The Beach Boys music with our child and to share a sentiment of calm and exhaustion, sleep and frustration – this cover embodies it all. Means so much to have been asked by musician parents that are trying to figure it out in all this chaos as well. All we can do is keep doing what we love, sharing optimism and hope and supporting one another during these trying times.”

“Tomorrow”
featuring The War and Treaty