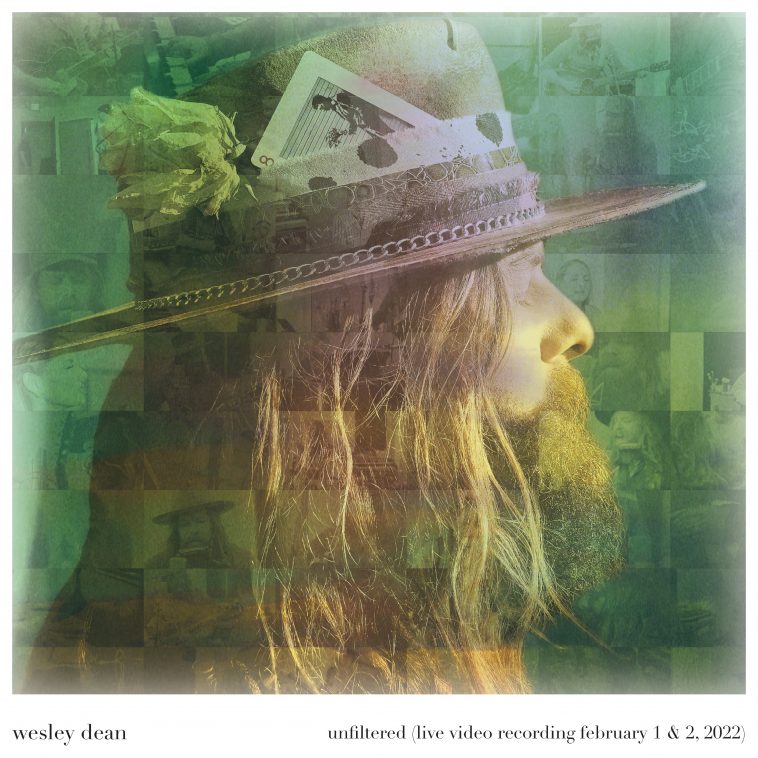 Celebrated Australian artist Wesley Dean announced his live acoustic album unfiltered (live video recording february 1 & 2, 2022) will be released on October 7.  On the soul-baring track “Don’t Look Back,” the singer/songwriter laments past choices and the decision to move forward. Listen to “Don’t Look Back” HERE and purchase/listen to unfiltered HERE.

Dean says “’Don’t Look Back’ is a song about finding peace and freedom. It’s a song of questioning and evaluating our life choices. The past and guilt can bury you. It’s about me, asking my family to give their everything up to join me in my relentless pursuit and wrestle to make music.”

unfiltered (live video recording february 1 & 2, 2022) is a live video recording of 18 songs from February 1 and 2, 2022 performed at Soultrain Sound Studios in Nashville TN, produced and mixed by Justin Cortelyou. Charlie Lowell (Jars of Clay) performs on piano, B3 organ and BGV’s, while JoAnna Janét adds background vocals, BGV’s and percussion.

unfiltered (live video recording february 1 & 2, 2022) is essentially a prequel to Dean’s 2022 album unknown.  On unknown,  the dynamic singer/songwriter chronicled his difficult journey of leaving everything behind in his native Australia where he achieved great fame and success, to chase his life-long dream of moving to Nashville. Before that life transformation, Dean had been writing the songs on unfiltered, and that body of work evolved into unknown. The songs on unfiltered also include tracks that did not make the album due to space, as well as alternate versions of those that made the cut.

Wesley Dean began singing at the age of 8 in his hometown of Adelaide, Australia before becoming a fixture in the Sydney pub scene.  Winning Australian Idol as Wes Carr made him a household name in his country and after two hit singles and an album, Dean took a step back from recording while still performing on the biggest stages. After working at such an intense pace for many years, Dean opted for a quieter life away from music. He gradually found his way back to his passion, which led to the release of unknown, a collection of standout tracks that effortlessly blend country, Americana, and rock & roll.  Dean brings that spirt back again on unfiltered and is eager to share with fans and new listeners here and abroad.