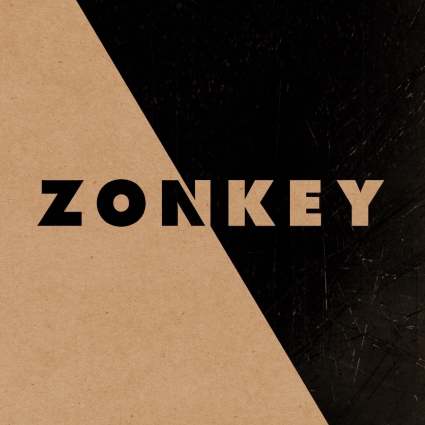 Genre-defying progressive sextet Umphrey’s McGee announce the November 11 release of ZONKEY, a truly unique collection of 12 innovative mash-ups; conceived, arranged and performed in their entirety without the use of any samples. Always a band to challenge the boundaries of live performance, Umphrey’s McGee began a tradition eight years ago when the group started performing live mash-ups during their annual Halloween concerts. The event has become a fan favorite with sold out shows and highly coveted tickets. ZONKEY marks the first time the group has taken songs spanning 40+ years of popular music from 70’s Reggae to 80’s Pop to 90’s Metal and beyond, and recorded them in the studio.

Only a band with the caliber of musicians such as Umphrey’s McGee could pull off these ambitious compositions that include “National Loser Anthem” (Radiohead’s “National Anthem” + Beck’s “Loser” + Phil Collins “In The Air Tonight”), “Can’t Rock My Dream Face” (Michael Jackson’s “Rock With You” + The Weeknd’s “Can’t Feel My Face” + Fleetwood Mac’s “Dreams”), “Strangletage” (Ted Nugent’s “Stranglehold” + Beastie Boys “Sabotage”) or “Life During Exodus” (Talking Heads’ “Life During Wartime” + Bob Marley ‘s “Exodus” + Frank Zappa’s “City of Tiny Lites” + Chicago’s “25 or 6 to 4”). The passion and precision in their playing is tremendous, as well as seamless blends and transitions within the arrangements.

“ZONKEY clearly pays homage to some of our favorite artists & songs. While we’ve tried to reproduce the spirit of the original compositions & recordings, we’ve also tried to have some fun with the takes as we’ve often combined seemingly dissimilar musical elements to create a new vibe altogether,” notes keyboardist Joel Cummins.

Aside from Umphrey’s McGee’s dynamic sounds, cutting edge live spectacles, massive fanbase and sold out shows, the band has set a new standard with their groundbreaking fan-engaging, communal live experiences. Their pioneering live interactive efforts include fan curated sets, “audio immersion” via their Headphones & Snowcones experience and the annual UMBowl events (featured in Wired), to name a few. These extraordinary fan relations efforts have been the subject of stories in numerous outlets, including Billboard, Mashable, Pollstar, Relix, Chicago Tribune and Time.

ZONKEY is yet another example of a band unwilling to sit idle as they continue to evolve and explore endless possibilities.