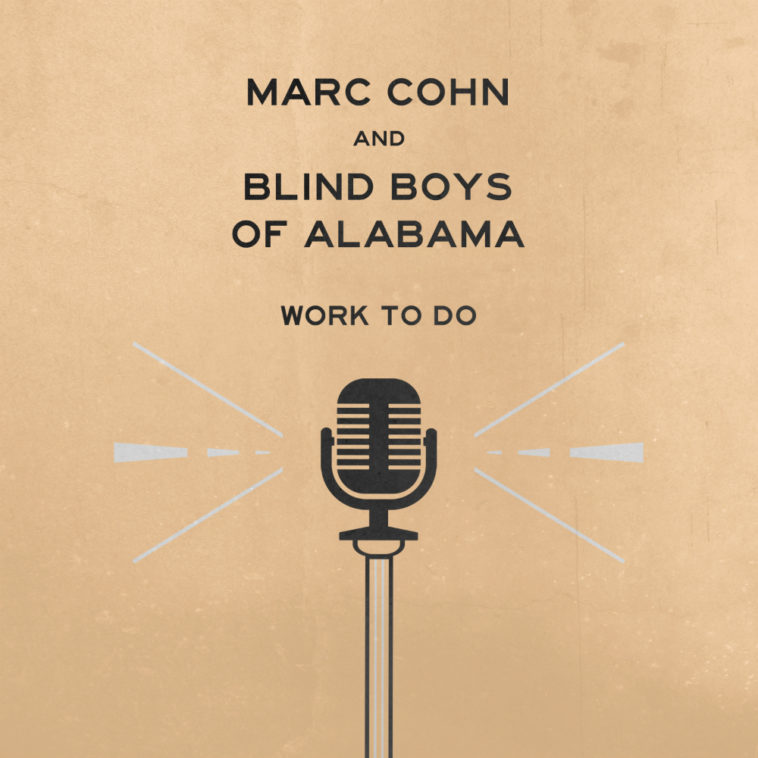 Work To Do, the new collaborative album from Marc Cohn and Blind Boys of Alabama, drops today via BMG. This momentous pairing brings together Cohn’s revered songwriting with the transcendent gospel harmonies of the legendary Blind Boys of Alabama. Produced by John Leventhal, Work To Do offers a mix of studio tracks, including two new Cohn originals, and performances captured during an intimate performance for PBS’s live concert series, The Kate. The album was originally conceived as a three-song EP, but the magic captured during the taping at the Katharine Hepburn Cultural Arts Center in Old Saybrook, CT inspired the decision to release this fully-fledged hybrid album. PopMatters premiered Work To Do and wrote that “Longtime fans will doubtless be bowled over by new renditions of Cohn favorites … that, when coupled with ‘Amazing Grace’ and ‘Ghost Train’ further demonstrate what we’ve known all along. Cohn’s always been a deeply spiritual writer and cements that through this one-of-a-kind collaboration.” Click HERE to listen.

Hailed as “gospel titans” by Rolling Stone, Blind Boys of Alabama are five-time Grammy-winners and recipients of a Lifetime Achievement Grammy for their contributions to the genre over their near 80-year recording career. Grammy-winning Marc Cohn (Best New Artist, 1992) has solidified his place as one of this generation’s most compelling singer-songwriters, combining the precision of a brilliant tunesmith with the passion of a great soul man. The pair’s relationship ignited when Cohn was commissioned to co-write several songs for the Blind Boys’ 2017 album, Almost Home, including the Grammy-nominated tune “Let My Mother Live”. That studio collaboration sparked a series of live performances together, and now Work To Do brings this meaningful partnership full circle.

Marc Cohn and Blind Boys of Alabama will embark on a co-billed Western US tour with the Taj Mahal Quartet on August 12th. A full list of upcoming tour dates is below.

“A marriage made in Heaven, if there ever was one… the soul album of the year.” – Elmore Magazine

“Cohn’s songwriting and his raw, emotionally stirring vocals take center stage on most of these songs, but the soaring harmony vocals of the Blind Boys transform the music and lift it to another level.” – No Depression