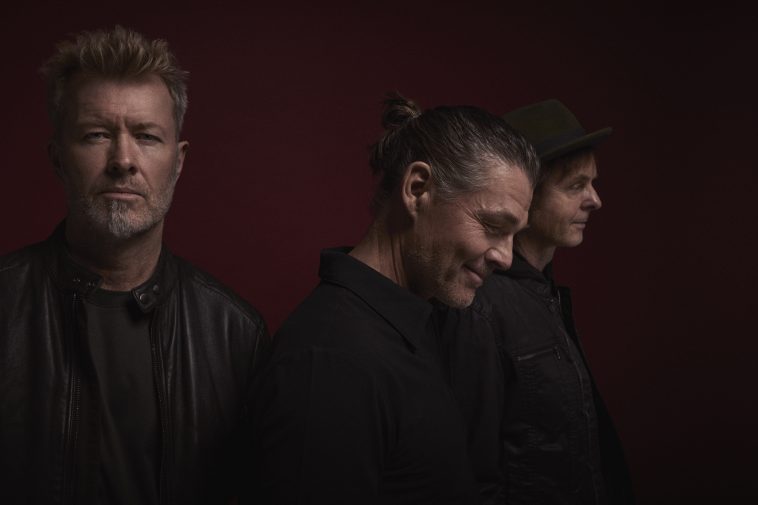 a-ha releases the video for their new single “You Have What It Takes,” from their upcoming album True North, which will be released on October 21st, 2022. Pre-Order True North HERE.

“You Have What It Takes” follows recent single “I’m In” and begins a new era for a-ha as they approach their forthcoming album. Their first collection of new songs since 2015’s Cast In Steel is more than a straightforward album, it is also a film capturing the band recording the songs during 2021 in Bodø, the Norwegian city located 90km above the Arctic Circle. “With every album we tweak it, to see if there’s a different way to go about it,” explains Paul. The True North film was screened to audiences this week in over 400 cinemas across 29 countries and will be available for rental and purchase from October 21, 2022.

The beautiful “You Have What It Takes” feels like a-ha at their most vulnerable, with its intricate guitar strings and Morten’s unmistakable vocal. It’s an echo of hope, healing and recovery, uplifting the listener with the line “Don’t be afraid to fail or fall, everyone comes with a weight. We learn to walk before we crawl, so do this for all of our sakes. You have what it takes.” The significance of the lyrics resonates globally and feel like strength and comfort against the current backdrop of such unprecedented times.

a-ha’s Magne Furoholmen explains, “’Oh, this world, like a wounded bird…’ We live in increasingly confusing and volatile times, and there are things we often forget to express enough – to each other, to our children, our loved ones, our friends, and the generation growing up. If we want changes for the better, it starts with people who care enough to stand up for their ideals and for the rest of us to support them. I have great hope for the future when I see the courage and conviction of the young. They have it, and so do you. YOU have what it takes!”

With what is their 11th studio album and also a very immediate document of its creation, a-ha have entered a new world. “First, we had the idea to record a studio session live,” says Paul. “Then, to film a studio session. That grew into more of a production with the Norwegian orchestra, the Arctic Philharmonic, who we have collaborated with.” It’s all there in the film. The deeply affecting and inscrutable film accompanying “I’m In” is extracted from the long-form film integral to True North.

The songs on the record are imbued with a sense of place and a deep connection with how we interact with the environment. For the first time, a-ha show us where they are from, who they are, and how the connection between the two is unbreakable. It’s no wonder that True North is a-ha at their most revealing – never before has the spirit of a-ha been so exposed.

Balances are struck – between the fresh approach and the qualities inherent to a-ha, between the songs themselves and the overarching concept of True North. ‘You Have What It Takes’’ continues this thrilling new chapter for band and nothing encapsulates it better.

The True North album will be released on October 21, 2022. Editions include jewel-case CD; recycled black heavy weight and recycled coloured vinyl’s; various bundles; limited deluxe edition (including a high quality hardcover book including 40 pages, the two recycled black heavy weight vinyl’s in sleeves, the True North CD in a cardboard wallet and last but not least, a USB card featuring the True North film by Stian Andersen); digital audio long-play for download and streaming. Pre-order is available at ahatruenorth.com, where you can sign up for further information.