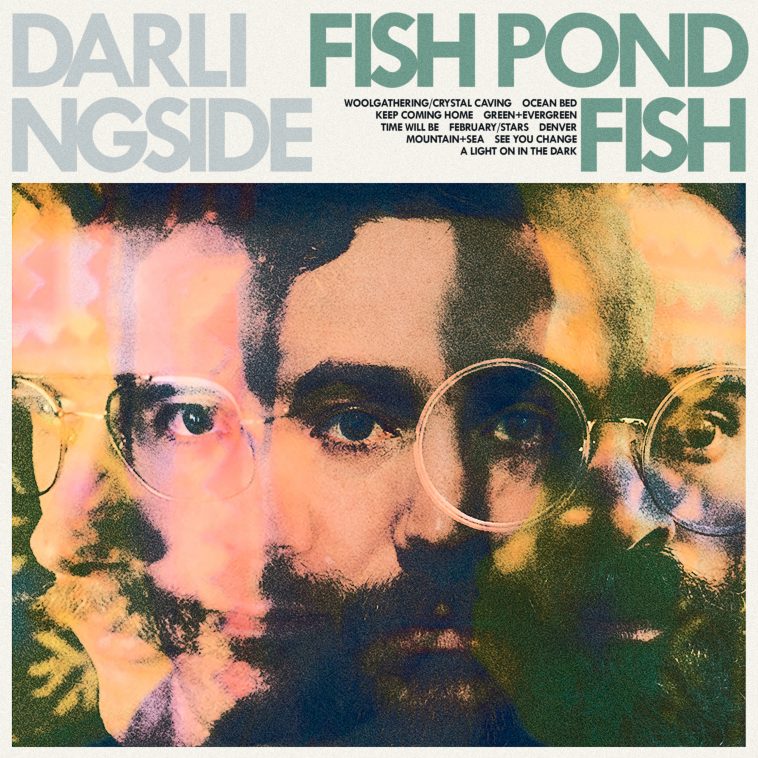 Acclaimed indie-folk quartet Darlingside announces the October 9th release of their anticipated new album Fish Pond Fish (Thirty Tigers).  Fish Pond Fish is the follow up to the band’s 2018 release Extralife. Where Extralife contemplated uncertain futures, Fish Pond Fish finds Darlingside firmly in the present, taking stock of what is here and now.   First single “Ocean Bed” delves into the theme of stillness—in water, darkness, and in the endless repetitions of our compartmentalized present day. When they sing, “Restart in the old familiar dark we’re swimming through/ Long view into the blue,” listeners are forced to confront the opposition forces of our current stasis and the inevitably of change just beneath the calm surface. Listen to “Ocean Bed” HERE.

Darlingside has long been praised for their harmonies and intelligent songwriting, described by NPR as “exquisitely-arranged, literary-minded, baroque folk-pop,” and which The New Yorker compared to David Crosby and the Byrds.  The band has been lauded for their dynamic presence onstage, which finds them crowded tightly together for the audience to witness four voices turn to a singular texture of sound. Paired with their sharp wit and wordplay, Darlingside has become a live-performance favorite, and their songs are treasures for literary and lyric-loving fans. Fish Pond Fish expands on the band’s broad storytelling prowess, adding more layers and strokes onto an already dense palette.

Darlingside’s first release was 2015’s Birds Say, which announced the band’s arrival as an eclectic, intelligent and dynamic foursome. Media across the board praised the release, including American Songwriter, Paste, Rolling Stone Country, NPR, The New Yorker and The Huffington Post, who called it, “…one of the great albums released this year.” Extralife followed, building the band’s fanbase and continuing to earn raves. This year Darlingside expected to celebrate their 10-year anniversary with a May tour, but nature and science had other plans. And even with that, they still wanted to release Fish Pond Fish.  Their offering is a celebration of life, where change and stillness must co-exist.