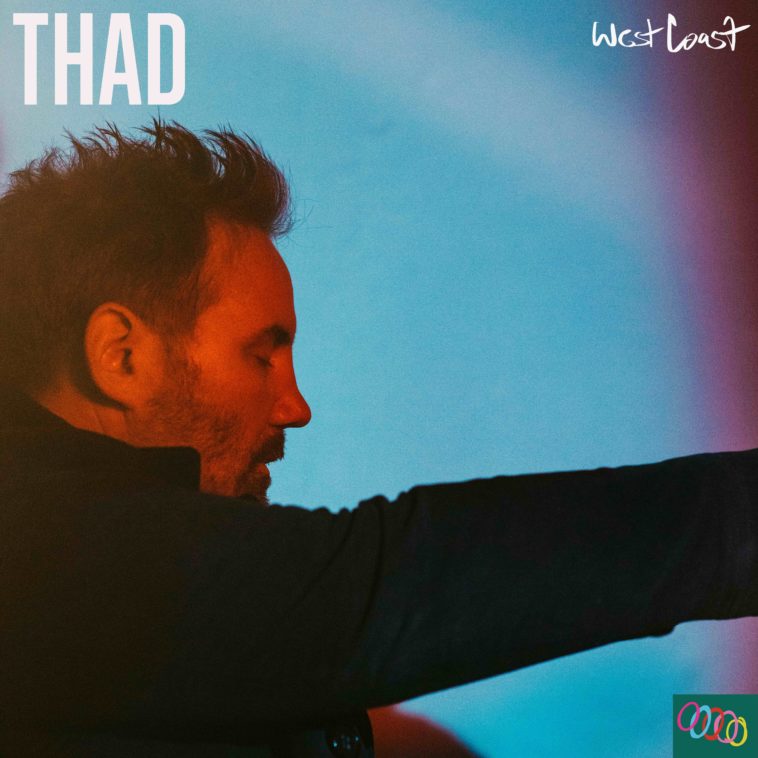 Singer-songwriter THAD has announced the April 24th release of West Coast EP on ATO Records.  Known for his most recent work as the lead singer of LEAGUES, the songs on West Coast offer a glimpse into THAD’s evolution as an artist and his most vulnerable fully realized songwriting to date.  A full-length album is set to be released this Fall.  Fill My Cup” click HERE.

The songs on West Coast share a common thread of creating connection, and for THAD, sharing his journey with others who he hopes will in turn feel a little less alone.  “Fill My Cup” (Aka Walking To A City) sums up the struggle many artists encounter, being inspired to continue making music when you feel like you’re not moving forward.  “Susie From The West Coast” is a song about falling in love when you’re least looking for it, and perhaps the first true love song that THAD feels he’s ever written.  “All I Want” is an inner narrative about actual needs in life and the internal struggle of trying not to seem needy.

A connection to Brittany Howard (Alabama Shakes) is an important part of the journey of these songs.  THAD had been a fan of Brittany’s music and happened to meet her via a close mutual friend.  She became a passionate supporter of his music, eventually helping to connect him with her management team who in turn facilitated the connection to producer Tony Berg (Amos Lee, Andrew Bird, Phoebe Bridgers).

THAD was inspired to create LEAGUES in 2013 during a year of much needed space back home in North Carolina. The band debuted on the Billboard Heatseekers Charts and went on to connect with radio, film and TV.  At the same time, THAD began writing a collection of new songs that didn’t fit the band’s sound.  A more personal solo statement, he knew that these songs were the beginning of the next chapter in his career.

THAD will be releasing a full-length album in the Fall of 2019 and in the meantime, will be hitting the road in anticipation.  A full list of upcoming tour dates is included below.