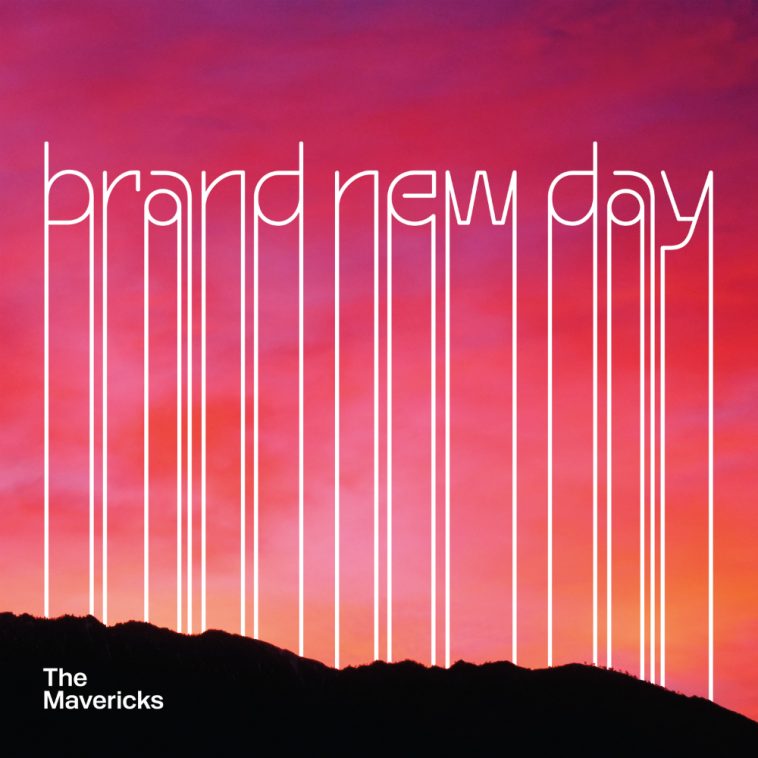 Celebrated, Grammy Award-winning band The Mavericks, have announced the March 31 release of Brand New Day, their first independent studio album on their own label Mono Mundo Recordings/Thirty Tigers. After years on major labels, The Mavericks chose to set a new course with the founding of Mono Mundo and the release of their first live album, 2016’s captivating All Night Live, Volume 1. On the spectacular Brand New Day, the beloved veteran band convincingly proves that they may have not even reached their apex yet. Hear the Rolling Stone Country premiere of title track HERE.

The 10 songs that make up Brand New Day feature The Mavericks genre-defying style. Case in point, the album opens with the tejano/bluegrass-inspired “Rolling Along”, which sets a tone before the wall-of-sound power of the title track thrusts the listener deep into the musical journey. From the ‘60’s flavored “Easy As It Seems” to the accordion-fueled shuffle of “I Will Be Yours” to the heart-melting beauty of “Goodnight Waltz”, Brand New Day finds the eclectic unit as inspired, passionate and commanding as ever.

Considered by many to be one of the great and most original American bands, The Mavericks formed in Miami, FL in the late-1980’s, eventually moving to Nashville and launching what would be an incredible career that featured hits, sold out tours and the creation of a large and loyal fan base. The Mavericks created a one-of-a-kind sound that seamlessly blended elements of rock, Latino, folk, blues, country and more. Following a nine year hiatus, The Mavericks re-formed in 2012 going on to release two more highly acclaimed studio albums and toured relentlessly bringing their exhilarating live shows to longtime fans and new generations worldwide.

Led by the mesmerizing vocals of Raul Malo, the driving swing of drummer Paul Deakin, the masterful playing of guitarist Eddie Perez and eccentric style of keyboardist Jerry Dale McFadden, The Mavericks have once again solidified themselves as a seminal musical force, both live and in the studio. Their unparalleled singular sound cannot be neatly confined to any one genre or demographic, and Brand New Day is yet another fresh example of just why that is.