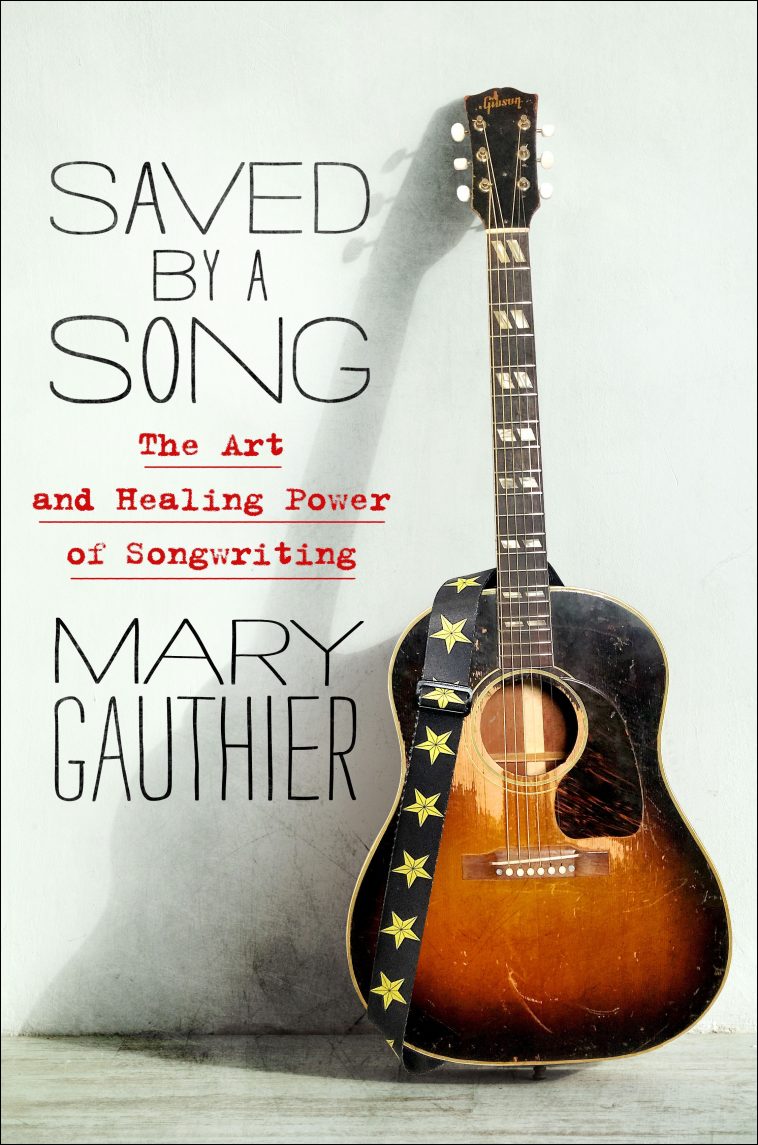 Nashville, TN – On July 6th, Grammy-nominated, award-winning singer/songwriter Mary Gauthier will add “author” to her list of accomplishments with the release of her first book Saved By A Song: The Art and Healing Power of Songwriting (St. Martin’s Essentials). Part memoir, part musical spirit guide, Gauthier shares her incredible story and how the redemptive power of songs and songwriting can inspire and heal.

Saved By A Song: The Art and Healing Power of Songwriting is about learning life’s lessons after living in the fire, some circumstantial and some self-imposed, and how those lessons shaped Gauthier, her views on humanity and how we are all connected. The book covers both ends of the emotional spectrum and so much of the in between. From addiction, abandonment and loss to compassion, empathy, kindness and ultimately triumph, Gauthier’s story is truly inspirational.

Early Praise For Saved By A Song

“Mary’s songwriting speaks to the tender aspects of our humanness, Her vignettes span the emotional landscape, and leave us feeling deeply seen and understood. We need her voice in times like these more than we ever have.”  — Brandi Carlile

“Gauthier has an uncanny ability to combine songwriting craft with a seeker’s vulnerability and a sage’s wisdom.”  — Amy Ray, Indigo Girls

“I remember exactly where I was the first time I heard a Mary Gauthier tune. That’s the kind of songwriter she is.” — Sarah Silverman

An Americana Music Association Award-winner, Mary Gauthier’s 2018 release Rifles & Rosary Beads received a Grammy nomination for Best Folk Album. The emotional and powerful album was co-written with U.S. veterans and their families and served to help them cope with the trauma they all experienced both abroad and at home. The album won “Album Of The Year” at the International Folk Music Awards (Folk Alliance) and Gauthier was awarded the Americana Music Association UK “International Artist Of The Year” award in 2019.  Gauthier was featured on NPR Weekend Edition, The New York Times, The Los Angeles Times, The Associated Press, Billboard, Oxford American and a very moving segment on CBS This Morning (View HERE).