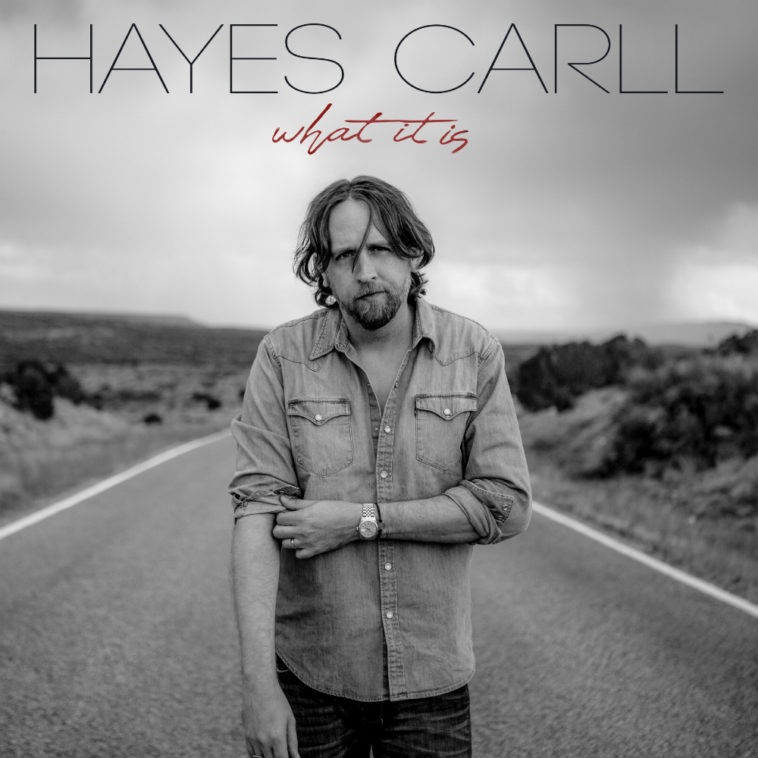 What It Is, the highly-anticipated new album from acclaimed singer/songwriter Hayes Carll, is set for release on February 15th via Dualtone Music. Carll will hit the road in February in support of the new album (see tour dates below). Following the 2016 release of the deeply-personal and cathartic Lovers and Leavers, What It Is finds Carll rejuvenated on a new creative plateau. The 12 new songs are written/co-written by Carll and address topics ranging from the ever-changing arc of relationships to our current socio-political climate, and many points between. Carll’s signature blend of literate, thoughtful songwriting, delivered with his wry wit and clever twists are on full display throughout the new collection.

Check out the feature and exclusive premiere of “None’Ya” at Rolling Stone Country HERE.

For more than a decade, Hayes Carll has been highly-regarded by fans, critics and fellow artists as a songwriter’s songwriter with his own voice. He has won multiple Americana Music Awards, received a Grammy nomination, repeatedly topped the Americana radio charts, performed on national television including The Tonight Show and Austin City Limits and has had his songs recorded by artists that include Lee Ann Womack, Kenny Chesney, Kelly Willis and Hard Working Americans. His albums have garnered high praise from a wide spectrum of the press, including Rolling Stone, The New York Times, NPR, Entertainment Weekly, SPIN, People, Esquire, American Songwriter, Paste and many more.

On What It Is, Hayes Carll offers acerbic observations and pointed commentary on current relatable topics. The incendiary political climate that has permeated our nation has pushed too many to the far left or far right, while Carll makes an effort to expand the middle. The sardonic “Wild Pointy Finger” looks at how quickly we judge and condemn. “Fragile Men” points to insecurity as the root of one gender’s resistance to change, while “Times Like These” is a reminder that we are letting all the ‘noise’ out there pull us further away from who we are, thus further dividing us.

What It Is is not solely a politically driven effort. Carll sings about loss while painting a vivid image of a bar where nothing has changed in decades in “Jesus and Elvis”. He ruminates about eccentric love in “None’ya”, reminds himself to not let fear become a mental roadblock in “If I May Be So Bold” and affirms his commitment to love in the tender album closer ”I Will Stay”.

Hayes Carll opens himself up to collaborations on What It Is, featuring co-writes with Metraca Berg, Adam Landry, Lolo, Charlie Mars and Allison Moorer. Moorer is also credited as co-producer with Brad Jones who returns after producing Carll’s award winning albums Trouble in Mind (2008) and KMAG YOYO (2011).

For press information about Hayes Carll, please contact Jim Flammia
at All Eyes Media jim@alleyesmedia.com or (615) 227-2770