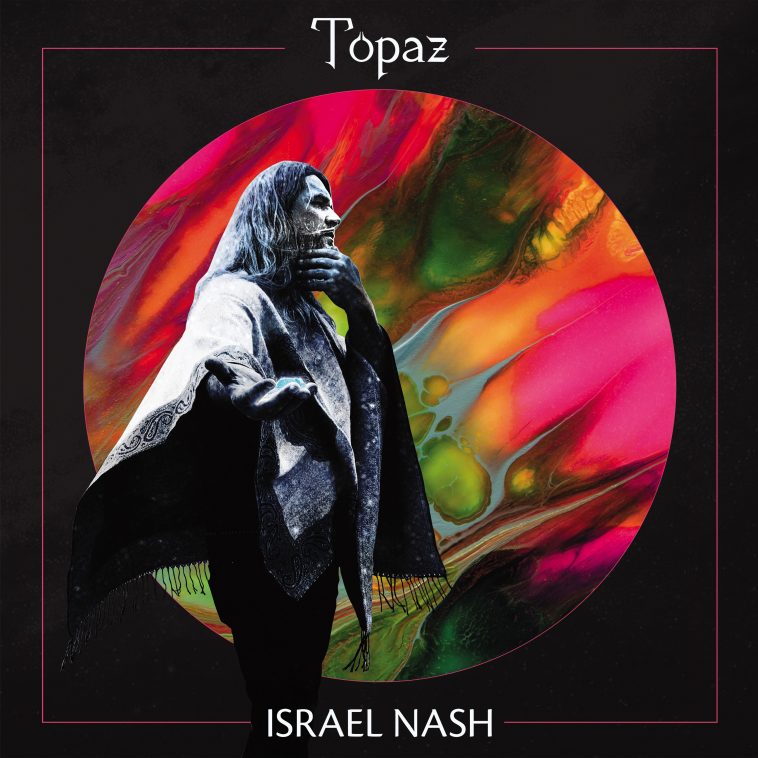 Celebrated Americana singer/songwriter Israel Nash is gearing up to release his resplendent album Topaz on March 12.  The follow-up to his 2018 release Lifted, Nash recorded the candid, textured album at Plum Creek Sound, his studio assembled from an old quonset hut near his home in the Texas Hill Country. Topaz marks the first album Nash has recorded mostly on his own, both taking his time and relishing his newfound access to immediacy, punching the red button moments after an idea hit. “It’s allowed me to capture sounds and ideas, to really get stuff out of my head and into the world so quickly,” Nash says.  Listen to the hypnotic beauty of the track “Canyonheart” from Topaz HERE.

On Topaz, Nash is lyrically ruminating over the current political divide, while also delving into  more personal topics such as family and home. The album is both raw and refined, contemplative and gripping, soft yet forceful. “Dividing Lines” sets the tone and message with themes of schism and discord. High-pitched songbird guitar kicks off “Closer,” an achingly pretty song with forlorn harmonica and pedal steel giving voice to tears. “Stay” smoothly confesses that home is where love resides, wherever that may be. The comforting notes of “Howling Wind” feel like an old friend, reliable and reassuring, while “Pressure” echoes the constant struggle surrounding so many today.

While early sonic comparisons to Neil Young remain understandable, Nash’s voice croons and shifts into full-on guttural soul singing––with goosebump-inducing fury. “Down in the Country,” a swampy new classic that sounds like it’s always existed, could have been sung by Wilson Pickett. Nash achieves a stunning cadence when he sings, adopting a distinct way of pausing to give listeners time to think about what they’ve just heard––but also leaving open the possibility of surprise as to where Nash decides to take it  next. “I want the vocals to feel percussive with the drums, because when that stuff goes together as an instrument, it is hypnotic. It is a trip,” Nash says. “Sometimes it’s shaving off or adding the smallest words just to turn the phrase.”