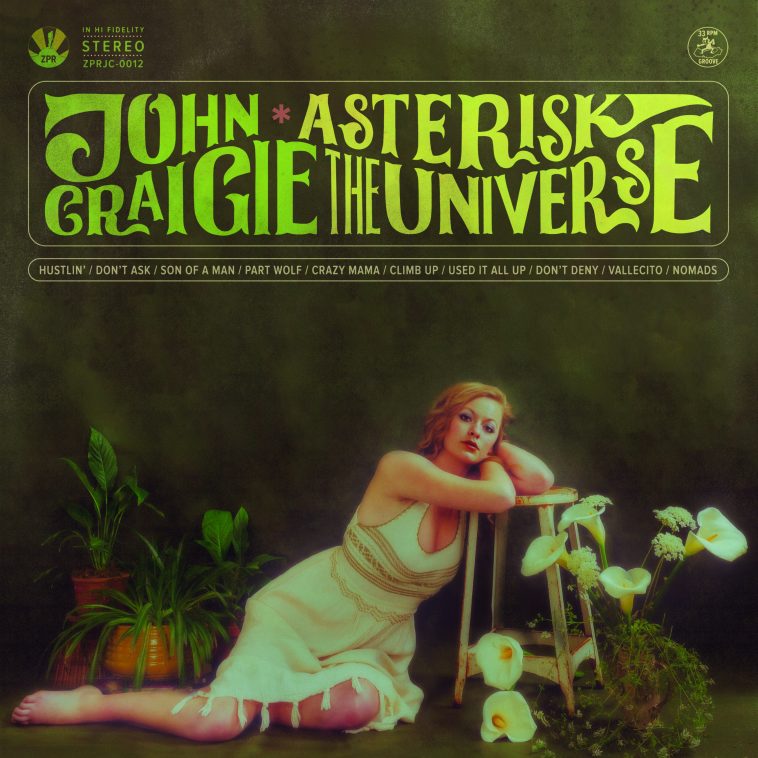 John Craigie’s latest album Asterisk the Universe is out now via Thirty Tigers and is earning raves across the board. The modern-day troubadour continues to command praise for his meaningful and thought-provoking messages delivered with a twist of irony. And while the recent turn of events has forced Craigie to stay off the road, he remains committed to his devoted fans that he has engaged, song by song, show by show, since 2009. Listen to Asterisk the Universe HERE.

Craigie is also putting his socially aware lyrics into action and has teamed up with Propeller, an engagement platform that leverages the power of music to create change, to inspire his fans to vote. Fans can pledge to vote, and 10 lucky winners will be chosen to join Craigie virtually for a Q&A and private performance and will also receive a limited-edition green vinyl of Asterisk the Universe and a John Craigie T-shirt. Craigie says, “Voting is integral for a healthy democracy and for change and we want all of you to have your voice be heard.” Link to enter is here: https://www.propeller.la/johncraigie

Accolades for Asterisk the Universe include:

“…a soft, dreamy place to come to…. for many weary and heavy-hearted listeners, the album might be exactly what they need.” – No Depression

“John Craigie is an incredible songwriter…. ‘Asterisk the Universe’ happens to be one of his best records yet…” – Glide

Asterisk the Universe finds Craigie sharing his clever observations and humorous stories with a score of smoked-out soul, tender folk and American songbook eloquence. He captured this unique feel in his 2016 live album Capricorn in Retrograde…Just Kidding…Live in Portland. Venerated artists from Jack Johnson to Todd Snider have taken notice of Craigie’s work and added him to their tours. Many more jumped on the Craigie train after the release of 2017’s No Rain, No Rose, which garnered millions of Spotify streams and led to several Summer 2017 dates opening for Jack Johnson.