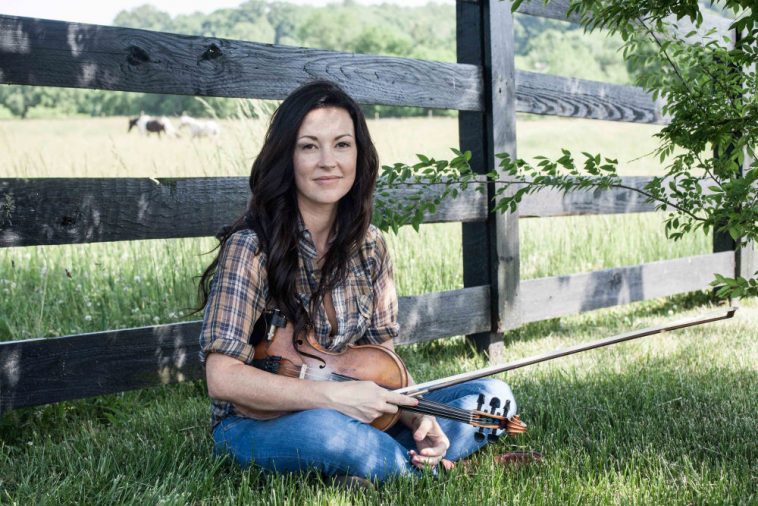 Critically acclaimed singer/songwriter/violinist Amanda Shires will release her fifth album My Piece Of Land on September 16th. My Piece Of Land represents an artistic milestone for Shires, inspired by a series of milestones and realizations in her personal life. Shires contemplates love, fear, stability, self-esteem, and even anxiety, which she beautifully articulates through her thoughtful lyrics and emotive vocals.

My Piece Of Land is the follow-up to Down Fell The Doves (2013) which garnered accolades from outlets including The New York Times, Wall Street Journal, USA Today, Texas Monthly, Huffington Post and The Los Angeles Times who called it, “Emotionally dynamic…the beauty of her voice belying the menace of her message”.

Ms. Shires honed her chops playing fiddle with the Texas Playboys, and has since gone on to tour and record with artists including John Prine, Billy Joe Shaver, Todd Snider, Justin Townes Earle, and most recently her husband Jason Isbell. My Piece Of Land was mostly written while she was seven months pregnant and unable to travel. Ms. Shires used the time for self-reflection, and she used songwriting to soothe her growing anxiety. The songs on My Piece Of Land are a very personal account of what she was going through at this point in her life.

While balancing touring with new motherhood, Ms. Shires has also been working towards a M.F.A. in creative writing from The University Of The South (Sewanee) over the past five years. As part of her studies she has workshopped poems, 3-4 per week, a process through which she learned the value of editing, while strengthening her songwriting. The themes on the new album range from questioning self-worth in “I Know What It’s Like”, the connection between two people in “Harmless” and most importantly finding sense of place in “You Are My Home”. Ms. Shires also included the song “Mineral Wells” which speaks of her home state of Texas, and the part of us that always feels connected to where we’re from. Amanda chose to record her album with award-winning producer Dave Cobb at his Low Country Sound studio, an easy decision as she’d worked with him previously on Jason Isbell’s latest two albums.

My Piece Of Land is a true milestone in the creative arc of an artist who has found her voice and come into her own.