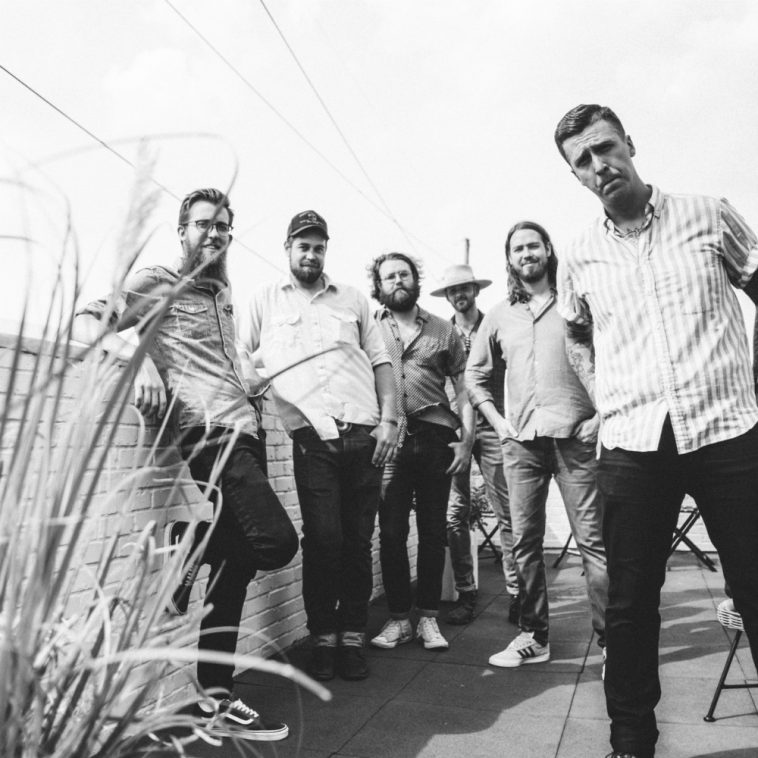 The optimistic track closes the introspective album and is a testament to frontman BJ Barham’s unwavering commitment to sobriety and family. An upbeat statement of resilience, Barham sings “I’m in it for the long haul, I’m here until the works done.” The soul-baring tune chronicles his struggle, while offering hope on the other side.

Shooter Jennings says, “I was already an American Aquarium fan, first and foremost. Then, from my first listen to the material for the new album, I knew I was going to be part of something really special in American Aquarium’s journey. What a songwriter…and what a band! I enjoyed every moment of this big rock and roll record we made out here in LA. This couldn’t have been a kinder and more talented group of musicians backing up these amazing, thoughtful, perfected songs BJ brought to the table. I’m really grateful they wanted to make this record with me, and I’m always gonna be really proud of the big-ass sound of this record.”

May 1 finds American Aquarium making their debut on the venerated Grand Ole Opry stage in Nashville, TN. On May 14, the band kicks off an extensive U.S. tour. The group has steadily earned their devoted fanbase on the road, with over 15 years of sold-out shows across the U.S. and Europe. A full list of tour dates is listed below, and to purchase tickets go to http://www.americanaquarium.com/tour.

On Lamentations, Barham reaches new levels of skill, consciousness and potential after 20 years in the trenches. Unruly and sincere, Barham emerges as an important American voice––and an unlikely peacemaker. His songwriting on Lamentations reflects that elevated focus. Barham says, “I wanted to write about a broken America and all the things that lead a human being to doubting something. Every song on this record touches on something a little different.”