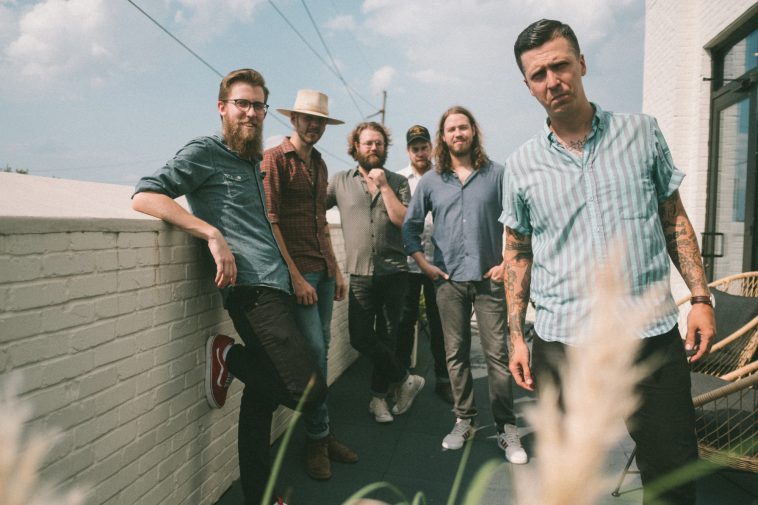 American Aquarium has released a live performance video (from quarantine) for “A Better South” from their #1 release Lamentations.  On Lamentations frontman BJ Barham skillfully dissects the Southern experience while offering empathy as the lights continue to dim. Although written earlier, Lamentations feels eerily current, as “A Better South” implores his Southern community to do better. He sings “Proud of who I am and where I’m from, But I ain’t so proud of how far we’ve come.” With monuments falling and consciousness raising, the song and album are so relevant, especially right now. Listen/watch “A Better South” HERE.

Barham says,  “With “A Better South”, I wanted to write a song that encapsulated the love/hate relationship that so many folks, including myself, have with the South. Being able to love the place that molded you while simultaneously hating some of it’s dark history. I thought it was important to not only critique the missteps of previous generations, but also take an optimistic glance forward into what the South could be. It’s a love letter to the region that I’ve called home for my entire life. It’s a battle cry for standing up for what you believe in and working hard to leave the world a better place than you found it.”

Lamentations resonated deeply with fans and critics alike. No Depression called it ““A career defining, unforgettable masterpiece,” while NPR Music, Rolling Stone, American Songwriter and many more raved. WithLamentations and “A Better South,” Barham has emerged as an important American voice––and an unlikely peacemaker.  Lamentations debuted at #1 in May on the Top New Artist Album Chart and the Americana/Folk Album Chart.

While the band’s regular touring schedule has been shut down by the pandemic, American Aquarium has been reaching fans virtually since March. Every night from August 25th through August 29th at 8pm ET,  the band will perform full album livestream shows from Tweed Recording in Athens, Georgia. Each night features one of their albums from start to finish, ending with Lamentations on August 19.  For tickets, go to http://www.americanaquarium.com/.