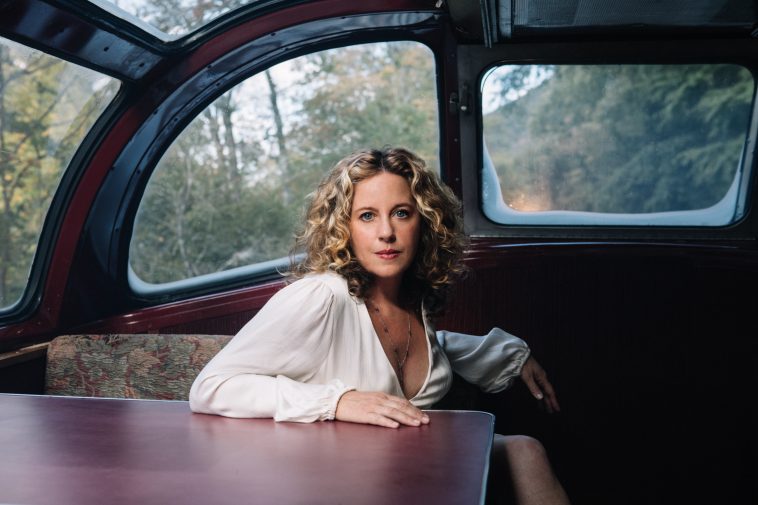 Acclaimed singer/songwriter and multi-instrumentalist Amy Helm will perform songs from her new album What The Flood Leaves Behind live from Levon Helm Studios at 8pm ET on Thursday June 17th. Helm will talk about the album with podcast host and radio personality Carmel Holt of SHEROES Radio. The event will be streamed on Amy Helm’s Facebook page and on her YouTube channel. What The Flood Leaves Behind comes out June 18th; pre-order HERE.

CBS This Morning: Saturday will feature Helm on July 3rd as well. CBS This Morning host Anthony Mason conducts an extensive interview with Helm from her hometown Woodstock, NY, which is accompanied by a performance of tracks from What The Flood Leaves Behind. To watch, check local listings or go to cbs.com.

The celebrated artist is earning early raves for the album. Accolades include:

“… it’s a marvelous reflection on what life is and what it holds in store.” – No Depression

“Amy Helm’s ‘What The Flood Leaves Behind’ serves as an arresting statement of release and renewal, and as a beautiful homecoming.” – Tahoe Onstage

“Helm is a woman and artist who never copies; she is her own person whose music and experiences are distinctly her own.Then there’s her beautiful voice. Listen to Helm soar on ‘Wait for the Rain’ or the dazzling harmonies on the closing piano-based ‘Renegade Heart.’” – Elmore

Born into music as the daughter of The Band’s drummer/singer Levon Helm and singer-songwriter Libby Titus, Helm was raised between Woodstock, NY, NYC and Los Angeles. She is a founding member of folk group Ollabelle and a longtime member of The Midnight Ramble Band. What The Flood Leaves Behind is her third solo album.