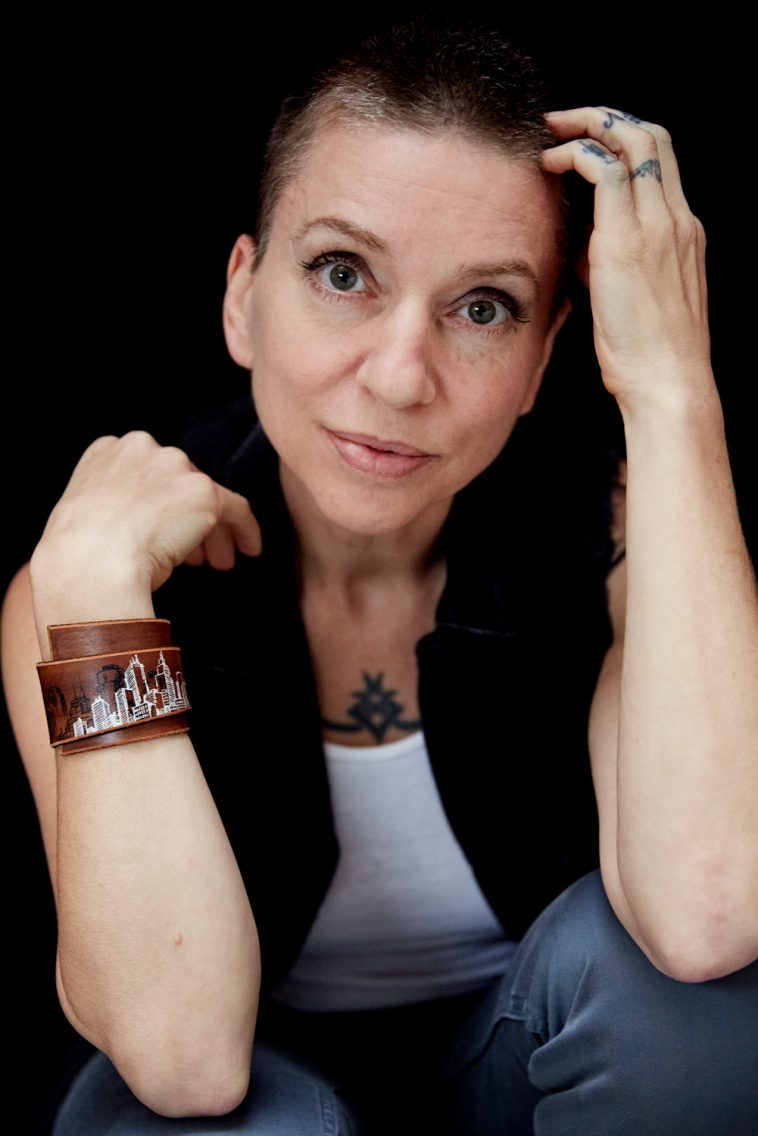 Singer/songwriter/feminist/activist/author Ani Di Franco was a featured performer and interview subject on CBS This Morning: Saturday on February 20. The show aired “Simultaneously” and the title track from her latest release Revolutionary Love, along with classic song “32 Flavors.” Watch her segment HERE and her performance of “Simultaneously” HERE. Watch the other two songs on CBS.com HERE and listen to Revolutionary Love HERE.

Di Franco’s 22nd release was named one of 2021’s Most Anticipated Albums by Pitchfork and Rolling Stone and subsequently garnered wide critical acclaim following its January 29 release.  The prolific artist was featured on  NPR’s Morning Edition, MSNBC’s The Beat with Ari Melber and received coverage in Rolling Stone, The New York Times, The New Yorker, American Songwriter and many more.

“Revolutionary Love is a lush, meditative exploration of personal hardship, political strife, and the damage we cause when we choose not to hear one another.”  – Flood

“Robust melodies, padded with streaks of soul and jazz that represent some of DiFranco’s fullest productions yet… “  – The New Yorker

“Sparks of Di Franco’s songwriting genius emanate from her heart, lighting our paths with her intimate candor, her fervor for the power of revolutionary love, and her embrace of the power of such love to change us and the world, if we have the ears to hear these moving songs.”  – Folk Alley

“With characteristic passion on her first studio album since 2017, she makes the personal universal, and the political personal.”  – Associated Press

“Di Franco takes on the tumult and anxieties of the current moment with her characteristic lyrical moxie and some of the lushest arrangements and finest vocals of her entire career.” – No Depression

Revolutionary Love reflects its title as both a call to compassion and a call to arms. It challenges notions of personal and collective responsibility and elucidates the hope for inner and outer change, in illustrating exactly what it means to live and love in a ravaged, suffering world.”  – AllMusic

Widely considered a feminist icon, Grammy winner Ani Di Franco is the mother of the DIY movement, being one of the first artists to create her own record label in 1990. While she has been known as the “Little Folksinger,” her music has embraced punk, funk, hip hop, jazz, soul, electronica and even more distant sounds. Her collaborators have included everyone from Utah Phillips to legendary R&B saxophonist Maceo Parker to Prince. She has shared stages with Bob Dylan, Bruce Springsteen, Pete Seeger, Kris Kristofferson, Greg Brown, Billy Bragg, Michael Franti, Chuck D., and many more. Her memoir No Walls and the Recurring Dream was released in May 2019, and Di Franco released a No Walls Mixtape alongside the book, offering a new take on songs related to the memoir.  Di Franco launched Righteous Babe Radio in April 2020, a 24-hour news, music and interview station that personifies her Revolutionary Love and social activist mission.