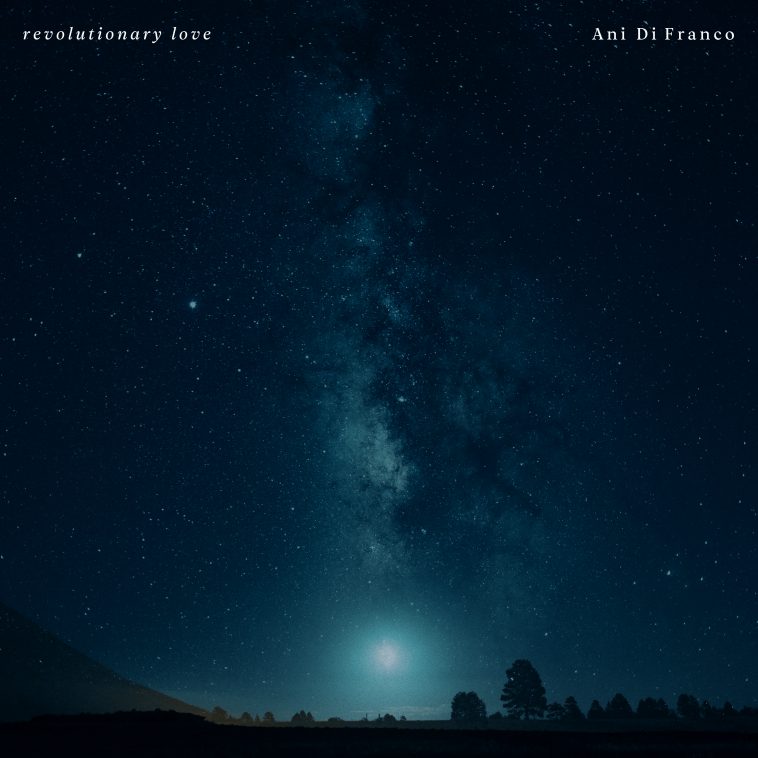 Today, singer/songwriter/feminist/activist/author DIY icon Ani Di Franco announces her 22nd album Revolutionary Love, set for release January 29, 2021 on her Righteous Babe Records label. Revolutionary Love is Di Franco’s first studio album since her acclaimed 2019 memoir No Walls and the Recurring Dream.  Rooted in her poetic lyricism and ever-commanding vocal work, the album unfolds in an understated yet captivating alchemy of folk and soul and lushly textured jazz-pop.  The title track, a bold message of irrepressible hope, is available today, along with previously released songs “Do or Die” and “Contagious.” Listen to “Revolutionary Love” HERE and pre-order Revolutionary Love HERE.

Revolutionary Love (inspired by Valarie Kaur’s book See No Stranger) is a natural evolution for Di Franco, who has often seen her songs as reflections of not only her personal life but also society at large. With the current divisions and strife in our world, Di Franco sees “Revolutionary Love” as a vital next step. She says, “It’s about carrying the energy of love and compassion into the center of our social movements and making it the driving force. It’s about finding it within ourselves to stay curious about our opponents instead of shutting down.”

Di Franco wrote many of the new tracks on the road prior to returning home to New Orleans in February 2020. While the country soon encountered COVID and solitary lives, Di Franco felt the urgent need to collaborate creatively and record.  With her activism at the forefront, she recalls, “I felt very strongly that I needed a horse to ride to try to help get out the vote—to get people inspired and get them believing in democracy, believing in each other and in themselves.”

Widely considered a feminist icon, Grammy winner Ani Di Franco is the mother of the DIY movement, being one of the first artists to create her own record label in 1990. While she has been known as the “Little Folksinger,” her music has embraced punk, funk, hip hop, jazz, soul, electronica and even more distant sounds. Her collaborators have included everyone from Utah Phillips to legendary R&B saxophonist Maceo Parker to Prince. She has shared stages with Bob Dylan, Bruce Springsteen, Pete Seeger, Kris Kristofferson, Greg Brown, Billy Bragg, Michael Franti, Chuck D., and many more. Her last studio album Binary was released in June 2017 on Righteous Babe Records. Her memoir No Walls and the Recurring Dream was released in May 2019, and Di Franco released a No Walls Mixtape alongside the book, offering a new take on songs related to the memoir.