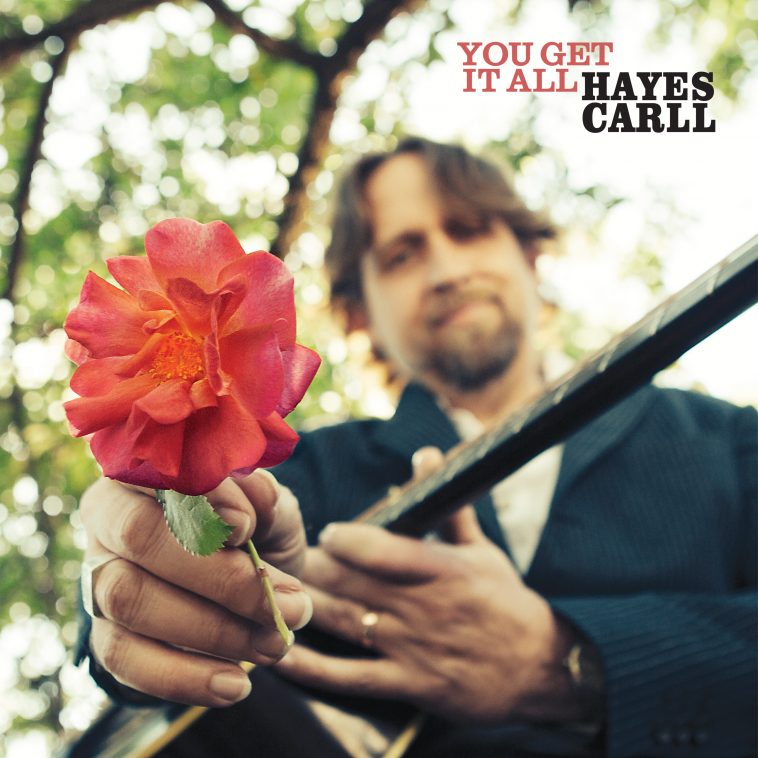 Grammy-nominated singer/songwriter Hayes Carll will release his highly anticipated new album You Get It All on October 29th. Produced by Kenny Greenberg and Allison Moorer, You Get It All is the award-winning troubadour’s eighth album and the follow-up to his critically acclaimed 2019 release What It Is. What It Is was praised highly by Entertainment Weekly, The Associated Press, Wall Street Journal, NPR Music, Garden & Gun, No Depression, American Songwriter, and received four-star reviews in Rolling Stone, MOJO, and more. See Highlights. Listen to the new title track, “You Get It All” HERE.

Hayes Carll has won over audiences for the better part of two decades with his literate, cinematic, and soulful songwriting. The 11 songs on You Get It All, all co-written by Carll, uniquely blend his signature balance of grit and tenderness.

Album opener “Nice Things”, a signature Carll classic written with the Brothers Osborne, features his sardonic humor and an infectious chorus about a God who is not at all pleased with the way things are going on earth. The easygoing title track (co-written with Craig Wiseman) is a sweet declaration of adult love, in which one must be honest about the good and the not-so-good that comes with giving and taking. “Different Boats” (co-written with Adam Landry and Allison Moorer) addresses our differences while still squarely landing on our common ground over a slow, bluesy groove. Brandy Clark co-wrote and added vocals to “In the Mean Time,” which reminds us of how we too often hurt the ones we love. One of the most poignant moments on You Get It All comes with the moving “Help Me Remember.” Co-written with Josh Morningstar, the song tackles the subject of Alzheimer’s and dementia from the perspective of the one whose identity is slipping away. Carll delivers the song’s heartbreaking and detailed narrative with stunning compassion and grace.

Hayes Carll has just announced October and November tour dates in support of the upcoming album. Tickets will go on sale on August 6th. See the list of dates below.

Hayes Carll’s music is honest and without pretense. He subtly and masterfully invites us to look at ourselves through his characters and perspectives and makes us laugh, cry, dance, and even think, sometimes all in the space of one song. He possesses the gifts of a master craftsman and a true storyteller, and those are evident on You Get It All.