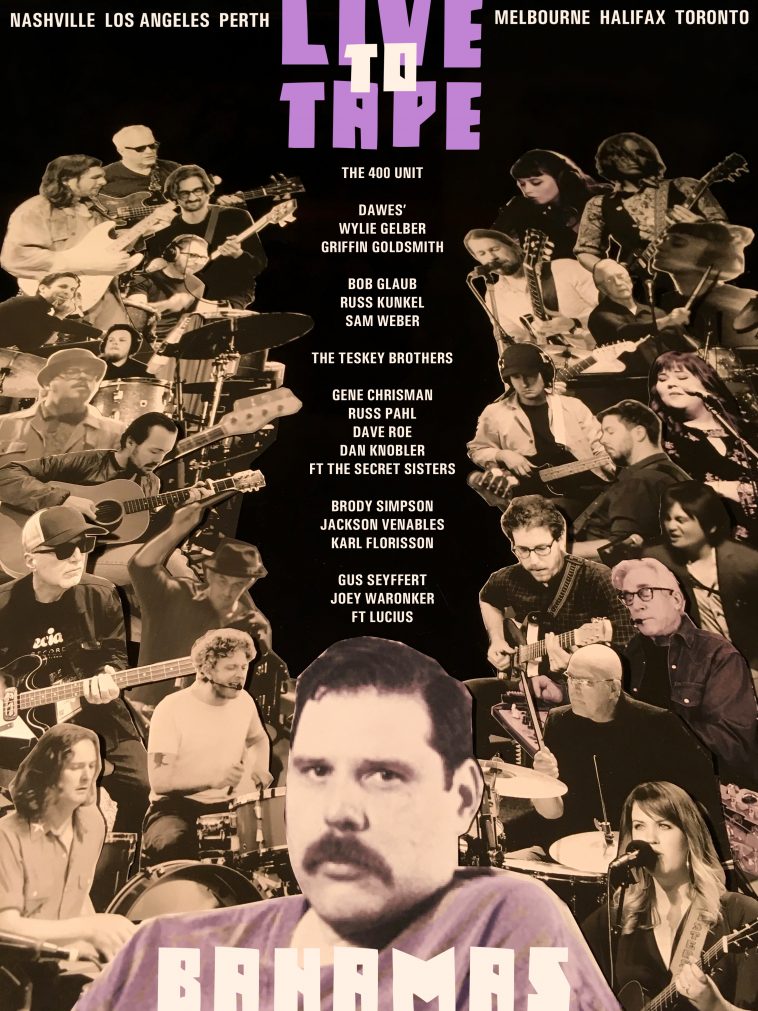 Bahamas released their critically acclaimed fifth album Sad Hunk in October. The album has been adored by fans and garnered positive coverage that included The New York Times, MOJO, American Songwriter, Uncut, Glide, and Atwood Magazine, who said of the album, “It is a masterclass in minimalism that relishes the space between notes as much as the sounds itself. It feels remarkably bare, not filling the room so much as it fills the mind.”

The next episode of Live To Tape will premiere on January 30th, featuring the Teskey Brothers.

For press information about Bahamas, please contact
Jim Flammia or Conner McKiever at All Eyes Media (615) 227-2770