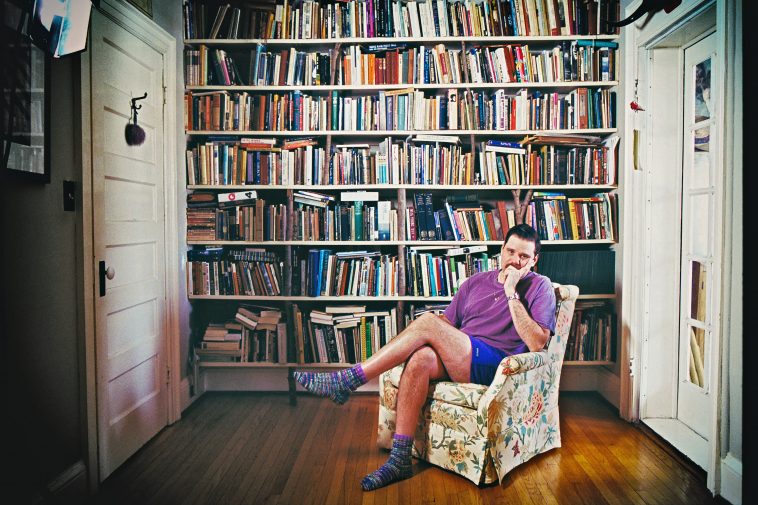 Acclaimed Canadian artist Bahamas just released the soulful new track “Trick To Happy” today. With its genial vibe, soaring harmonies and masterful guitar work, the protagonist asks the question that eludes many, “Is there a trick to being happy?” As life is moving quickly by him, he playfully contemplates his path to fulfill the eternal quest. As with many Bahamas songs, there is a warmth and sincerity in “Trick To Happy” that rests alongside subtle humor and clever lyrics that multitudes of fans have come to love. Listen to the track HERE.

“Trick To Happy” appears on Bahamas’ highly-anticipated new album Sad Hunk, which is set for an October 9th release on Brushfire Records. Bahamas is the moniker for celebrated singer/songwriter/guitar virtuoso, Afie Jurvanen. The new collection features 11 new songs that exude elements of pop, R&B, rock, folk, soul, alternative, Caribbean and blues that make the music easily accessible yet not as easily categorized.  The songs were inspired by domestic life and embody Jurvanen’s undaunted self-awareness along with a touch of self-deprecating wit (hence the album title and cover art). The album’s first single, the frenetic “Own Alone”, is starting to make waves at radio and is currently featured as KCRW’s Today’s Top Tune.

Sad Hunk is the follow-up to 2018’s Earthtones, which won Adult Alternative Album Of The Year at the 2019 Juno Awards, and received a Grammy nomination. Sad Hunk was produced by multi-Grammy nominee Robbie Lackritz (Feist, Jack Johnson, Robbie Robertson).

Bahamas has achieved success in North America and overseas through their exceptional live performances. Their streaming numbers range around three million listeners per month consistently on Spotify, and over nine million streams that continue to grow. Bahamas biggest streaming track “Lost In The Light” has racked up almost 100 million plays, while “All The Time”, the lead single from their third album Bahamas Is Afie, recently passed 70 million.

For press information about Bahamas, please contact
Jim Flammia or Conner McKiever at All Eyes Media (615) 227-2770