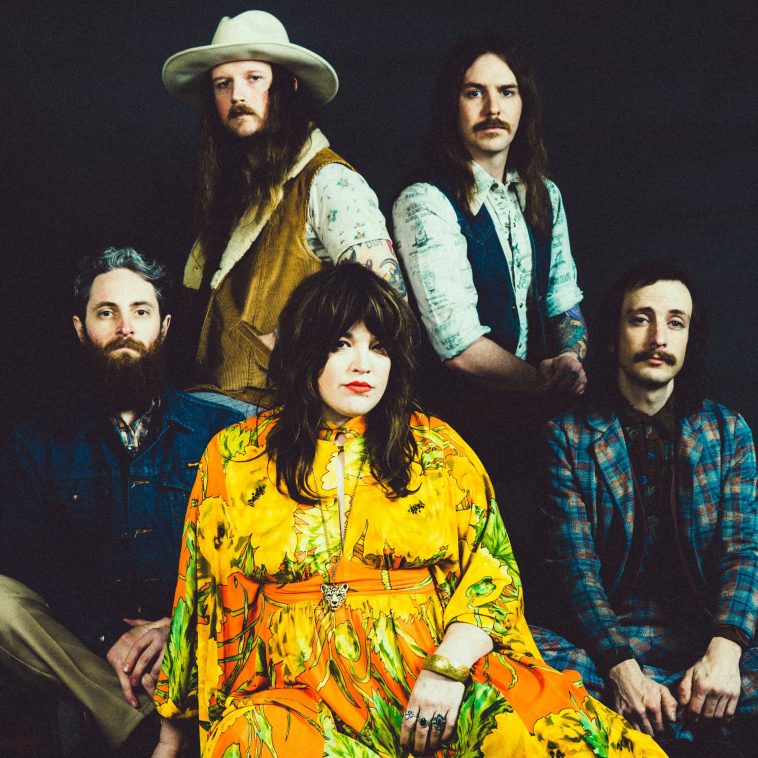 Nashville-based quintet Banditos has released a new track “Waves” off their long-awaited forthcoming album Right On, out May 20 on Egghunt Records. The song begins with melodic banjo as it eases into the hypnotic verses recalling a literal and figurative respite that leads into the expansive chorus lead by the powerful vocals of lead singer Mary Beth Richardson. The appropriately named track rolls in and back out both musically and thematically. Listen to “Waves” HERE.

“One can only imagine the places you go when you drift off in your own thoughts, and one can only hope you find your way back when you decide to do so,” says songwriter Stephen Pierce. ”‘Waves’ tells a story of someone who has to make friends with the feelings of not making it back anytime soon. Sometimes things that are meant to be temporary can become permanent, and visa-versa. It’s all natural and the music will remind you of this throughout the entire song. The highs and lows are all part of the trip.”

Right On is a significant turning point in Banditos’ evolution as a band. The group collectively made Mary Beth Richardson its lead singer, putting her remarkable voice at the front, as opposed to having two additional male lead vocalists in the past.  With bandmates Pierce (bass/banjo), Corey Parsons (guitar), Randy Wade (drums) and Jeffery Salter (guitar) Banditos are prepared for this new and exciting chapter.

Right On was written and recorded just as the pandemic struck, putting its release and subsequent tours on hold. Further, the band’s label was in a state of flux, keeping Right On and Banditos in limbo, too, until now.

With the release of their 2015 self-titled debut and 2018 sophomore album Visionland, Banditos established themselves as a genre melding group who created infectious music with no boundaries. Right On takes their exploration and incorporation to new heights with Richardson in the lead, their finest songwriting to date, soulful horn arrangements and new influences that expand their musical palate to create a dynamic new album.