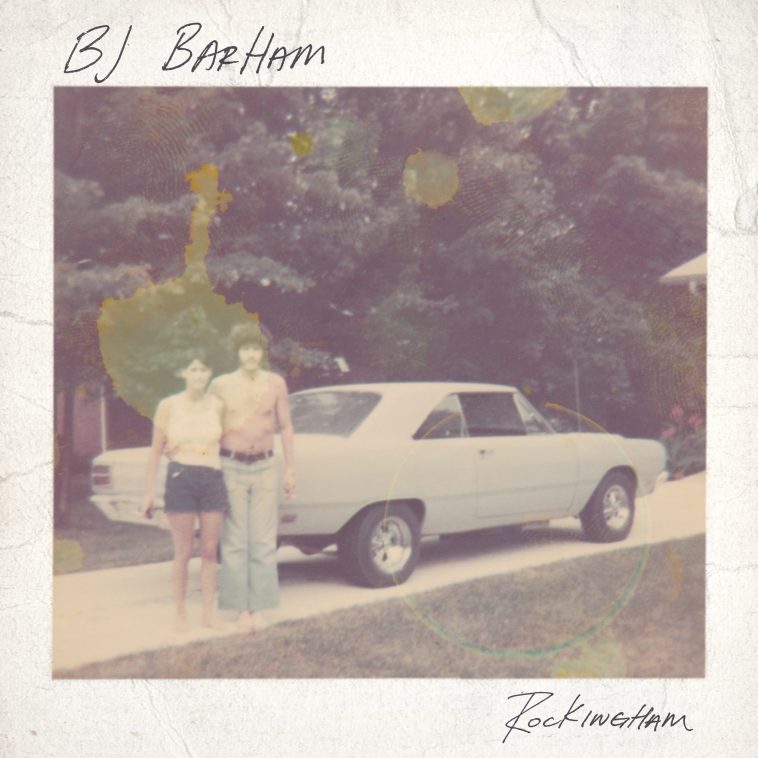 Rockingham, the debut solo album from American Aquarium front man BJ Barham will be released on August 19th. Rockingham is an intensely personal collection of small-town narratives which reflect upon the meaning of home, and the realities of growing up in rural America.

Rockingham was written in a matter of days, while Barham was overseas with American Aquarium, the acclaimed alt-country act he’s fronted for over a decade. The band was less than two hours away from Paris when the terrorist attacks of November 13th, 2015 occurred, causing a flurry of concern from family and friends at home. Barham had an emotional response that prompted him to ponder the people and places who had impacted his life in fundamental ways and the album was born.

Much of the material on Rockingham is based on Barham’s hometown of Reidsville, NC. A once thriving community supported by tobacco production and textile mills, Reidsville like many other towns, suffered from economic depression as the companies that supported so many shut down. Songs like “American Tobacco Company” explore the struggles of blue-collar labor, as well as a regional sense of pride, while “O’ Lover” portrays a hard-working farmer forced to make desperate decisions to support the ones he loves. The tender “Madeline” is a letter to a fictional daughter which passes on lessons learned through maturity, and an album highlight “The Unfortunate Kind” is a heartbreaking reflection of life’s beautiful and sad twists and turns.

Rockingham was recorded at Durham’s Overdub Lane, and features American Aquarium members Ryan Johnson (guitar) and Whit Wright (pedal steel) as well North Carolina based multi-instrumentalist Phil Cook and drummer Kyle Keegan. Though this is a solo project for Barham, it isn’t at all a departure from American Aquarium who will likely play close to 200 shows in 2016, and has plans to go into the studio this Fall. Rockingham represents Barham stepping confidently into the thoughts, stories and feelings of his life thus far.

May 19th Cincinatti, OH @ The Woodward

May 20th Cincinatti, OH @ The Woodward

BJ Barham will also be performing selection songs off of Rockingham in his shows with the acclaimed American Aquarium. For a full list of tour dates please visit: http://www.americanaquarium.com/