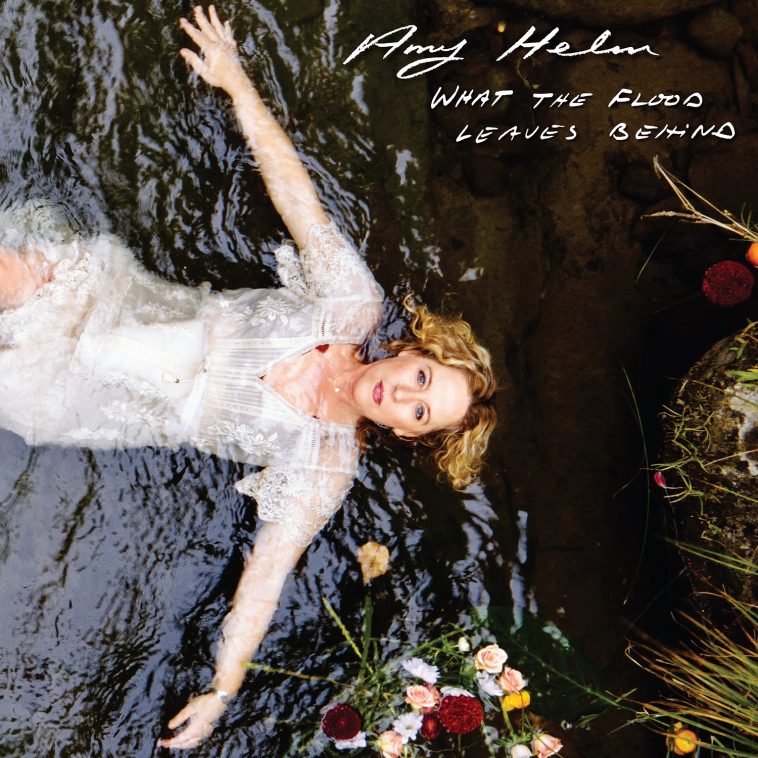 After recording 2018’s This Too Shall Light in Los Angeles, Helm returned home to Woodstock and Levon Helm Studios to record What The Flood Leaves Behind. The historical significance of returning to that special place built by her father clearly resonated with Helm. “Going back to the place where I learned so much about how to express music, how to hold myself in music, how to listen to music,” she begins, “It was humbling in a funny way. I could see clearly where I came from and where I am now in my life. I was singing from a different place now and for a different reason.”

With the studio acting as the vital supporting actor, the ensemble cast consisted of a band of renowned players. The synergy of Helm, Kaufman and Phil Cook (keys, harmonica), Michael Libramento (bass, organ, percussion), Tony Mason (drums), Daniel Littleton (guitar), Stuart Bogie (saxophone), Jordan McLean (trumpet), and her son Lee Collins (congas) brought out the highest heights. Kaufman says, “I wanted her to feel like she had that freedom to be herself on the recordings and she just filled up the whole room. Her singing was coming from this deeply rooted place of family and music and wanting to convey a beauty.”

The album opens with Helm softly singing “Verse 23” penned by M.C. Taylor (Hiss Golden Messenger). The theme of acceptance resonates deeply with Helm and led to the album’s title. “‘What the flood leaves behind,’ I love how he says in the chorus, ‘is what we’ve got to make,’” she emphasizes. “I like that reckoning — the good and the bad and everything in between.”

Born into music as the daughter of The Band’s drummer/singer Levon Helm and singer-songwriter Libby Titus, Helm was raised between Woodstock, NY, NYC and Los Angeles. She is a founding member of folk group Ollabelle and a longtime member of The Midnight Ramble Band. What the Flood Leaves Behind is her third solo album.