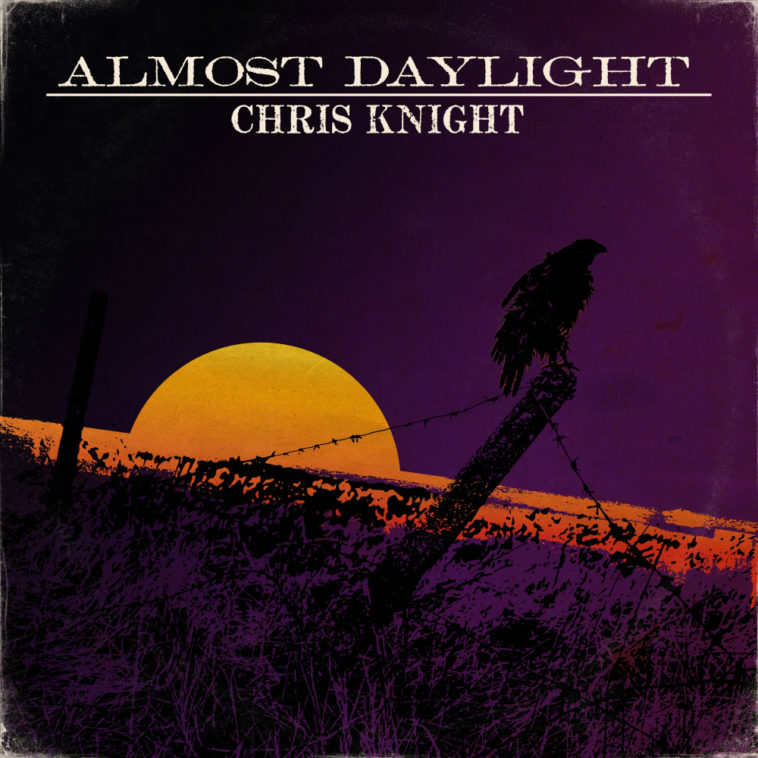 Esteemed singer-songwriter Chris Knight will release his first new music in over seven years with Almost Daylight on October 11th via Thirty Tigers. An uncompromising artist that the New York Times called “a hard-nosed iconoclast and the last of a dying breed…”, Chris Knight now finds himself influencing a new generation of young artists (John Moreland / Tyler Childers) who revere his honest approach to songwriting and his unflinching integrity. His ninth album to date, Almost Daylight delivers some of the most powerful and unexpected music of Knight’s career.

Almost Daylight features the colorful characters and compelling rural narratives that dedicated Chris Knight fans have long been drawn to. Tales of small-town despair (“I Won’t Look Back”) and outsiders bound by love (“Crooked Mile”) are classic Chris Knight, while at the same time, the new album features testaments to perseverance (“Go On”), redemption (“Send It On Down”), and even love (“Almost Daylight”).  The balance of tough and tender, raw, yet open hearted is what sets this new work apart from previous albums.

Almost Daylight was produced, mixed and mastered by Grammy-winner Ray Kennedy (Steve Earle, Rodney Crowell, Lucinda Williams) who has a long-standing relationship with Chris Knight.  The blend of Appalachian instrumentation (banjo, fiddle, harmonica) and electric guitars (Dan Baird), Hammond B-3, and stunning background vocals by Chris Clark, Siobhan Kennedy and Lee Ann Womack create a sound that’s both edgy and full at the same time.  A guest vocal performance by John Prine on his 1973 classic “Mexican Home” rounds out the album.

For the past 20 years, Chris Knight has been making music his own way, flying under the mainstream radar, touring steadily, all while influencing a generation of young up and coming artists. Knight’s lyrics connect so intensely with his fans because he tells the real-life stories, often overlooked by mainstream music. His dedication to his craft has stood the test of time, and Almost Daylight is a testament to that.