Amanda Shires
To The Sunset

It’s been a jam-packed eighteen months since the release of Shires’ critically hailed My Piece of Land: constant touring with her band and as a member of husband Jason Isbell’s 400 Unit; finishing her MFA, after her laptop and thesis were stolen on the road; and winning the Americana Association’s 2017 Emerging Artist award – all while nurturing a toddler. Armed with stacks of journals and an autoharp originally owned by venerable songwriter/producer Paul Kennerley, she wrote a batch of new songs in a flurry of focus and enforced solitude – in a closet at the Shires/Isbell rural abode. “With a two-year-old running around, there’s nowhere to hide,” Shires explains. While Isbell watched their daughter, she wrote from 10 am till midnight: “I just started writing and tearing apart my journals and taping the parts I liked to the wall, and shredding the rest and putting it into my compost, which I then feed to my garden.”

She reconvened with Land’s producer Dave Cobb (Isbell; Sturgill Simpson) at Nashville’s historic sound-drenched RCA Studio A, with likeminded sonic adventurers, drummer Jerry Pentecost and keyboardist Peter Levin, alongside Isbell on guitar and Cobb on bass. Of course, she brought the fiddle she’s been playing since a teen, touring with Western swing stalwarts, the Texas Playboys. Only this time, she added effects pedals, distorting the instrument with which she’s accompanied Billy Joe Shaver, John Prine, and Todd Snider into something otherworldly. “I had never tried pedals before,” says Shires, “and I wanted to change my fiddle sound. I’ve been playing this instrument the same way for so long, and playing with pedals is so fun for me!” Likewise, she also revisited an early original, her hook-laden “Swimmer,” with pianist Levin’s “miles of keyboard that sound so huge.”

While writing such stunners as the enchanting “Parking Lot Pirouette,” haunting “Charms,” and raucous “Eve’s Daughter,” she thought about their sonics. “I explained to Dave that I wanted the songs to have atmosphere,” Shires recalls. “That the album was going to be sort of poppy, and that I was doing that to bring some sunshine into the world, cause it’s pretty dark right now.” As she sings in her empowering “Take on the Dark,” buoyed by bouncy bass, machine-gun drumming, and swirling synth: “Worry can be a tumbling tumultuous sea/with all its roaring and its breaking/How ‘bout you be the waves/too unafraid to even be brave/and see yourself breaking out of this place.”

Shires is renowned for her carefully crafted, evocative songs. Just as she spent her youth as a journeyman fiddle player, Shires brought years of studying the masters to her songwriting. Impromptu encouragement from Shaver, for example, inspired her to take up the pen. “Before touring with Billy Joe Shaver, I was only a side person,” Shires avers. “I wasn’t a songwriter. I was observing. Then I made a couple of demo songs so people would know I could sing, and he said, ‘These are good songs. You should go be a songwriter in Nashville.’ I thought he was firing me, and I said, ‘No! I really like my job playing the fiddle. It’s my favorite thing to do.’ Then a year later, I decided he was right.”

Her influences include Leonard Cohen and John Prine, the latter of whom has been a mentor. “I was talking to John Prine while I was writing this record,” says Shires, “and he was talking about how using images that actually happened to you makes the songs true. Also, if you use images that you can see daily, it’s more relatable.” Shires took his advice to heart in such memorable tracks as “Break Out the Champagne.” “It’s all true!” says the resilient Shires. The near-plane crash over Newfoundland, her BFF Kelly’s fears about our apocalyptic times, another friend’s heavy breakup.

Shires says she also uses songwriting as a way to “get through my own emotional stuff, which is cheaper than a therapist.” An example is the Hammond B3-fueled “White Feather” with its “scarecrow” imagery. The idea struck when she experienced “cat calling that’s become okay again,” then expanded to include her thoughts on climate change and capitalism, “but it’s bigger than that,” Shires clarifies. “The song deals with fear and all the ways it discourages the expression of our individual identities. It’s about the walls we put up to protect ourselves and the way those walls become prisons.” In the synth-ful “Mirror, Mirror,” she examines self-doubt, via the catchy refrain, “Show me something different/Than the mirror on the wall.” And shimmering guitars frame “Leave It Alone” with such realizations as “What you think you’re feeling is crushing at most.”

Other songs were derived from the lives of her mother and father, including 21st century Flannery O’Connor style album closer, “Wasn’t I Paying Attention?” “True story,” Shires asserts. “I couldn’t make it up.” The gripping tale, with its crunchy rock & roll soundtrack, will leave listeners on the edge of their seats, while tapping their toes.

As a whole, To The Sunset, says Shires, “is meant to be a positive thing. Acknowledging your past, and at sunset, your hope for a new day. ‘To The Sunset’ sounds like a toast: This day is over, we don’t know what’s in the future, but it’s hopeful, I think.”

Shires has drawn from her own past on To The Sunset – and pointed the way to her future.  She has set the bar high – sonically and lyrically – and she’s jumped over it.

To The Sunset Press Highlights 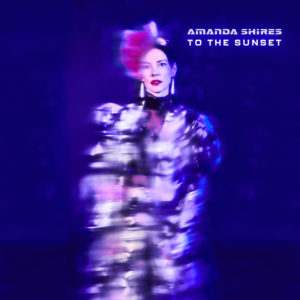 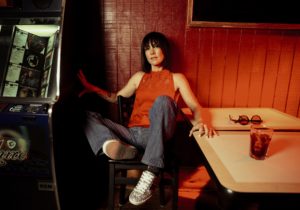 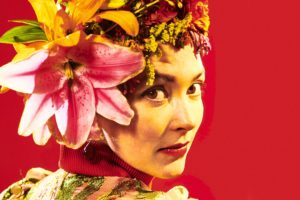 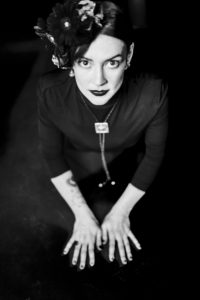 RollingStone.com Artists You Need To Know